Coccidioidomycosis, the cause of valley fever, is acquired by inhaling fungal spores, present in the soil in the deserts of southwestern USA, central and South America. Most people recover but less than 1% acquires fatal disseminated Coccidioidomycosis (DC). We reported a rare autopsy case of DC in a young male with an incidental finding of a poorly differentiated carcinoma of adrenal gland. The decedent was a 26-year-old incarcerated Hispanic male who presented with fatigue, nausea, and vomiting. Imaging showed a liver mass, miliary lung nodules and a cavitary lung lesion. The autopsy grossly showed widespread lesions in the lungs, spleen and liver. A 13 x 13 x 4 cm mass, replacing the right adrenal gland and infiltrating into the right posterior aspect of liver was identified. Microscopically, DC with granulomas and necrosis was seen in heart, spleen, liver, lungs and kidneys. The sections of the mass demonstrated a poorly differentiated neoplasm comprised of large pleomorphic cells with rhabdoid features. The tumor showed weak and patchy positivity for pancytokeratin, MART-1, and inhibin but was negative for desmin, myogenin, SMA, arginase-1 and HMB45. INI-1 was intact. This immunoprofile is most compatible with an adrenal cortical primary tumor/carcinoma 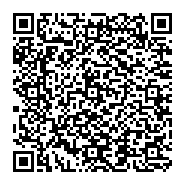