Objective: To assess the inadequate glycemic control and its correlates among type 2 diabetes patients attending a private diabetes and endocrine center at Dallah Hospital - Riyadh, (KSA) and to compare our results with other previous similar studies.

Material and method: An analytical study was carried out on a 594 patients with type 2 diabetes who were attending the diabetes and endocrine center at Dallah Hospital in Riyadh during the period from February to April 2011. Data were collected by the treating physicians themselves at the end of each patient visit and entered on a special standard form (Microsoft Excel) program.

Conclusion: Our analysis study conclude a positive correlation between the duration of diabetes, patients’ age, dyslipidemia and the glycemic control, which is not shown with body mass index or gender of the patients. More efforts on health education should be spent to convince patients on the importance of life style modification and compliance with the treatment to achieve a satisfactory targeted level of HbA1c. 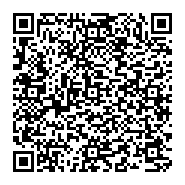