Objective: Obesity and particularly abdominal obesity are strongly associated with insulin resistance and type 2 diabetes. The aim of this study was to quantify the association between three anthropometric measurements (body mass index, waist to hip ratio, waist circumference) and type 2 diabetes mellitus in the adult Yazd population, Iran. Methods: This case-control study conducted among diabetic patients and healthy subjects in the Yazd population, Iran. The study was conducted in a period from December 2012 to May 2013. Studied individuals consisted of 200 patients with Type 2 diabetes and 200 controls without Type 2diabetes. Student t-test was used to assess differences between mean values of two continuous variables. Chi-square analysis was performed to test the differences in proportions of categorical variables between groups and logistic regressions were performed separately for men and women to quantify the association between type 2 diabetes and Body Mass Index (BMI), Waist to Hip Ratio (WHR) and Waist Circumference (WC). Result: 50% of individuals in each group were female and %50 males, mean age of the subjects in the case & control groups were 53.18 yr. and 52.60 yr. respectively. Mean (SD) WC was 91.62 cm (8.9) in non-diabetics men and 97.58 cm (8.64) in diabetics ones, (p<.001). In women, it was 95.5 (11.46) cm for non-diabetics and 101.61 cm (10.26) for diabetics. In the multivariate analysis, Odds ratio [CI95%] for WC was 3.71 [1.32-10.43] in men and 4.86 [1.14-20.65] in women. Results for BMI and WHR were non-significant in both sexes. Conclusion: Our study clearly demonstrates that WC is the strongest anthropometric index that associates with type 2 diabetes in both sexes. And this parameter should be used in routine practice for the follow up of patients with type 2 diabetes. 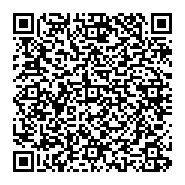