Aim: A previous study of ours reported finding a positive association between height and hyperuricemia among non-overweight men (BMI<25kg/m2). Although hyperuricemia is known to be also associated with diabetes, no published study has examined possible associations. Furthermore, while alcohol consumption is also reportedly associated with insulin resistance and risk of diabetes, there have been no reports on associations between height and diabetes which take drinking status into account.

Objective: We conducted a cross-sectional study to investigate the associations between height and diabetes in relation to drinking status among 787 non-overweight men aged 60-89 years undergoing a general health check-up.

Results: Of the study population consisting of 402 non-drinkers and 385 drinkers, 83 men (46 non-drinkers and 37 drinkers) were diagnosed with diabetes. Independent from classical cardiovascular risk factors, a significant positive association between height and diabetes was established for non-drinkers, whereas drinkers did not show any significant association. The cardiovascular risk factors-adjusted odds ratio (OR) and 95% confidence interval (CI) for diabetes for an increment of 1 SD in height (6.36cm) was 1.44 (CI: 1.03-2.02) for non-drinkers and 1.01 (CI: 0.67-1.53) for drinkers. 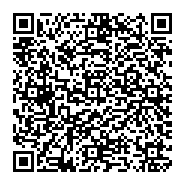