causes a variety of pathological process involved in metabolic changes. Astragaloside IV (AS-IV) was widely used for the treatment of diabetes and cardiovascular diseases in China. The aim of this study was to determine the effect of AS-IV on the function and the proliferation of beta cells in diabetic mice. Methods: We used the immunostaining and

polymerase chain reaction to detect the expression of insulin, Ki-67 and PDX-1 in pancreatic islets under AS-IV with or without pretreatment with statin in STZ-induced diabetic mice. The inflammation cytokine for TNF-α and MCP-1 expression were detected by ELISA in pancreases in all group mice. Results: AS-IV and statin enhanced the secreted insulin and the proliferation in beta cells and attenuated the increased expression of TNF-α and MCP-1 in diabetic mice. The expression of PDX-1 increased in diabetic mice with AS-IV treatment. Conclusions: Our data suggested that AS-IV enhanced the insulin expression and the islets function through the anti-inflammation and the proliferation pathway in beta cells in

and provided a new effect for Chinese traditional drug of AS-IV. 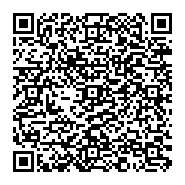