Introduction: Honey is not just a sweetener it is also a nature’s gift to mankind. Natural honey has various ingredients in it that contribute to its incredible properties. Honey contain health-beneficial effects such as gastro protective, hepatoprotective, reproductive, hypoglycemic, antioxidant, antibacterial, and anti-inflammatory effects. For that reason, honey could be considered as a potential remedy for diabetes as well as Cardiovascular Disease(CVD). The objective of this study was to determine the phytochemical activity of honey and its role on hypoglycemic and hypolipidemic condition in Streptozotocin- induced diabetic rats. Material and method: The Experimental rats were divided into six groups (n=6). Diabetes Mellitus (DM) was induced by single intraperitoneal injection (65 mg/kg BW) of freshly prepared Streptozotocin hydrate solution in 0.9% saline solution. Hyperlipidemic was induced by mixture of cholesterol (1.5 %) and cholic acid (0.5%) with diet of rats. At the end of the treatment, the blood glucose level and lipid profile was measured by using commercial kits. Result: Honey bee-treatment significantly decreases blood glucose level in diabetic rats. TC, TG, LDL, VLDL are significantly (p<0.05) decrease whereas HDL significantly increase (p<0.001). The SGPT, SGOT and CRP were significantly decrease (p<0.05). The total phenolic and flavonoid were determined by Folin-Ciocalteu and colorimetric assay method where some flavonoid decreases diabetic condition as well as CVD. Honey has also effect of hepatoprotective activity. Conclusion: On the basis of above findings, it can be concluded that, supplementation of honey could significantly contribute to control blood glucose level as well as lipid profile in diabetic subjects. 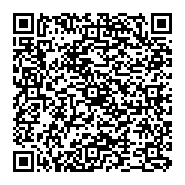