Psychological and psychiatric problems are common in diabetes. Glucagon-like peptide-1 (GLP-1) analogues are effective in the management of type 2 diabetes as second or third-line treatment, and are thought to have a central effect on appetite regulation. There is little evidence regarding the effect of GLP-1 analogues on anxiety. This is a case report of a patient with type 2 diabetes, obesity, anxiety and disordered eating who was commenced on Liraglutide, a glucagon-like peptide-1 (GLP-1) analogue. This patient reported, in addition to improved glycaemic control, a marked improvement in the anxiety which had been present all her life, and had driven her binge eating. This anxiety had persisted despite anxiolytic medications and cognitive behaviour therapy. Any medication which could have a positive effect on anxiety and diabetes both would be valuable. Glucagon like peptide analogues may have a role in the management of co-morbid anxiety and type 2 diabetes. Further research is required into this area. 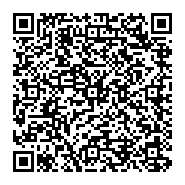