Diabetes mellitus is a heterogeneous disease characterized by altered cellular metabolism. So many traditional herbs are being used by diabetic patients to control this disease. The aim of this study was to investigate the effects of aqueous extract of aloe vera leaves on hypoglycemic activity and hepatoprotective effects after alloxan injection in Swiss albino mice. In this study, aqueous leaf extract of aloe vera was carried out. Diabetes was induced in mice by alloxan monohydrate at dose of 150 mg/kg body weight injected intraperitoneally. Also alloxanized induced mice were administered with 300 and 500 mg/kg body weight orally daily of extract for a period of 21 days. At the end of the administration period, the mice were anaesthesized and dissect for the collection of blood and liver tissues. In diabetic mice, the SGOT, SGPT and bilirubin level as well as serum glucose levels were significantly increased (p<0.05) in comparison with the control groups. Diabetic mice group treated by extract at the dose of 300 and 500 mg/kg body weight orally significantly (p<0.05) reduced and normalised these biochemical parameters compared with alloxan induced diabetic group. Histopathological study also did show adverse alternation in the morphological architecture of the liver tissue. The results suggested that aqueous extract of aloe vera leaves possesses protective effect against alloxan induced diabetic mice. 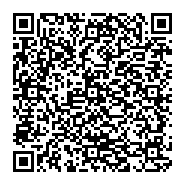