Objective: Lipoic Acid Synthase (LASY) was recently shown to play a critical role in inflammation, mitochondrial function and insulin resistance. In this study using a pharmacological inducer of LASY as a tool, we studied the effects of LASY induction in vivo in rodent models of obesity and type 2 diabetes.

Methods: We identified a small molecule that increases LASY mRNA and lipoic acid levels in vitro. Effect of the inducer (compound 1) on body weight, food intake, energy expenditure and metabolic parameters was studied in rodent models of genetic and diet-induced obesity.

Conclusion: Our data suggests that the benefical effects of compound 1 are mediated by increase in mitochondrial lipoic acid levels, although general effects on mitochondrial function cannot be ruled out. These results establish the in vivo relevance of LASY induction and show the potential of a peripheral mediated approach for achieving many of the desired effects in treating obesity. Future studies focusing on the mechanism(s) by which compound 1 exerts its beneficial effects will help to reveal if these benefits are specific to LASY induction or are due to non-specific effects on mitochondrial function. 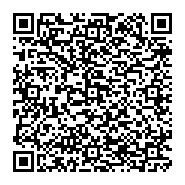