Objectives: The aim of this study was to assess the level of knowledge regarding drug abuse among school students. Materials and Methods: A descriptive cross-sectional study design was used. 106 samples were selected randomly from grades IX and X of Shree Janak Secondary School. Self-administered structured knowledge questionnaire was used for data collection. Descriptive statistics were used to calculate percentage and frequency. The chi-square test was used to find an association between selected demographic variables and level of knowledge. P value of 0.05 was considered significant. Results: 99.1% of the respondents heard about drug abuse, 97.9% said drug abuse is bad for health, 96.2% said Gaja is commonly available, 51.9% said high chance of getting HIV with drug abuse, 67% said the financial burden is caused, 60.4% said drug abuser performed poorly at school work, 71.7% said awareness program as the way to prevent from drug abuse and 26.4% said counselling. Similarly, 52.8% said rehabilitation is the way to treat drug abuse, 88.7% said dependence on drugs is the long-term complication of drug abuse. The majority 57.5% had poor, 41.5% have adequate and 0.9% had a good level of knowledge regarding drug abuse. Conclusion: Half of the respondents had poor knowledge regarding drug abuse and the level of knowledge is significantly higher for Brahmin/Chhetri and poor for Janajati, Dalit and Madhesi. 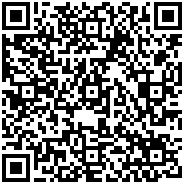