Not Only Diabetic Retinopathy - Retinal Vascular Lesions and Signs in Diabetic Patients: Description and Associations

Retinal vascular changes other than diabetic retinopathy (DRP) namely microaneurysms, intraretinal microvascular abnormalities so called IRMA, microinfarctions, hemorrhages, lipid exudates and edema, as well as venous beading and new vessels (NV) on the disk and/or on the retina and their sequalae pre-retinal and vitreous hemorrhages and fibrovascular proliferations and vitreoretinal tractions are common in diabetic patients. These changes are general or focal arteriolar narrowing or arteriolar or venous dilatation, arteriolar sinusoidal elongation or straightening, venous tortuosity, increased arteriolar wall reflex and arterio-venous crossing signs. They reflect cumulative response to aging, cardiovascular risk factors such as hyperglycemia, hypertension and dyslipidemia, as well as inflammation and endothelial dysfunction. Retinal vascular changes are under the influence of both systemic and environmental as well as genetic factors and serve as cardiovascular risk stratification indicator. Furthermore, these changes may cause as such ocular morbidity and threaten vision and influence the occurrence and progression of DRP. Many of these changes were recognized soon after the invention of ophthalmoscope by von Helmholz in 1851 and have since been described in literature. Many of these changes can be accurately measured today. 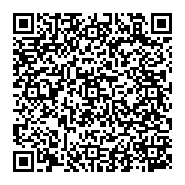