Diabetes Mellitus is one of the most important health problems worldwide, indicating high prevalence and mortality. In recent years, Ginkgo biloba extract has become a subject of interest because of its beneficial effects on human health, also camel milk has a good nutritive value, in addition to its antigenotoxic and anticytotoxic effects. Therefore the purpose of the present study was to investigate the protective and curative effects of camel milk and Ginkgo biloba extract against alloxan-induced diabetes in rats. 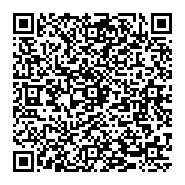