Objective: The study describes critical information gaps regarding diabetes, hypertension, prediabetes, prehypertension and its comorbidities in a representative sample of the Hispanic adult population living in Puerto Rico.

Conclusions: There is an unequal burden of diabetes, pre-diabetes, hypertension and pre-hypertension in Puerto Rico. The prevalence is high, increased significantly with age, and although the vast majority of participants with diabetes and hypertension were under treatment, control rates are suboptimal. These findings underscore the need for continued physician’s efforts to improve control rates in our population. 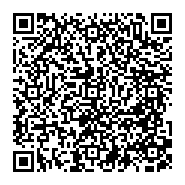