As is well known people with diabetes mellitus also have hemoglobin that differs from ordinary adult blood in that it is glycosylated to a level of 6.5% or greater by the abnormally high level of glucose in the untreated diabetic’s blood [3].

Increased susceptibility to the oxidation of diabetes blood by amyl nitrite would be worthwhile information to establish as it would be a possible contraindication for the use of this drug to treat certain diabetics with heart disease (angina pectoris). In addition these studies may establish that certain diabetics blood (e.g., those with type 2 diabetes mellitus) is less stable than those of a normal adult which could put them at even greater risk of all heart disease (both angina pectoris and myocardial infarction) due to hemoglobin with a higher auto-oxidation rate.

Isoamyl nitrite was purchased from Acros Organics. Other required chemicals were obtained from the Sigma and Aldrich Chemical Company. Blood products such as normal adult blood and diabetic blood were purchased from Physicians Plasma Alliance. All blood was tested and certified to be non-viral by PPA. All the data was obtained from 40 donors, 20 of whom had type 2 diabetic mellitus and rest 20 of were nondiabetics. The samples were provided as matched sets of diabetics and nondiabetics blood wherein the two groups were evenly matched with respect to age, gender, number of obese and number of cigarette smokers. Also these donors took similar vitamins and medications according to their medical histories.

Laboratory spectrophotometer equipped with a strip chart recorder to monitor the formation of methemoglobin at 436 nm. A small table top centrifuge to separate plasma from the red blood cells was used.

To determine the oxidation time blood samples were centrifuged for 2000 g for 20 min to remove any remaining plasma. The remaining packed RBCs were aerated and washed in 20 mM phosphate buffer saline (PBS) at physiological pH (pH 7.2) followed by re-centrifugation to remove the saline. This procedure of centrifugation, aeration and washing was repeated. The RBCs were then resuspended in 20 mM PBS (pH 7.2) for a maximum of 60 min prior to testing. Isoamyl nitrite was diluted by the addition of ethanol so as to obtain a final concentration of 140 micromoles per liter after its addition to the hemoglobin solution. A 0.01 mL portion of resuspended RBCs was hemolyzed by the addition of 1 mL of distilled water and adjusted to a final volume of 2.6 mL by the addition of 20 mM PBS (pH 7.2). The hemoglobin solution was then adjusted to a standard absorbance (e.g., A=1.0 ± 0.2) at a wavelength of 436 nm with more 20 mM PBS (pH 7.2). The 2.6 mL aliquot of this hemoglobin solution was then added to a 0.05 mL aliquot of isoamyl nitrite in ethanol. The above gave a final hemoglobin concentration between 6 and 9 micromoles per liter [5]. The above solution was then placed in a cuvette and the reaction measured in a spectrophotometer equipped with a chart recorder set at a wavelength of 436 nm. This is a suitable wavelength for measuring and distinguishing oxyhemoglobin and methemoglobin. The spectrophotometer chart recorder then generated graphic representations of the conversion of oxyhemoglobin into methemoglobin as a function of time. The terminal period or asymptotic phase corresponds to essentially 100% methemoglobin formation. The final absorbance was found to be approximately A=0.5 ± 0.1. Figure 1: Histogram comparison of the percent hba1c of the hemoglobin of diabetics and nondiabetics blood*.
*The mean diabetics HbA1C was 11.4 ± 1.2% and the mean nondiabetics HbA1C was 5.5 ± 0.2%. Based on Student’s t-test a T value of 12.0 with 38 degrees of freedom was obtained with a difference between the two means that is statistically significant (p<0.05) . Interestingly the enhanced susceptibility to oxidation occurred in Type 2 diabetics blood which implies that HbA1C oxidation to methemoglobin is a direct function of the amount of HbA1C present as opposed to metabolic differences in the type 1 and type 2 diabetes [4]. This finding appears to be well supported by the fact that glycation of hemoglobin is an irreversible chemical reaction that is non-enzymatic in nature irrespective of the type of diabetes. Essentially, any untreated diabetic simply has a greater percentage of HbA1C than a nondiabetic, e.g. 11.4% vs. 5.5% in this study as shown in figure 1. Thus, these preliminary findings indicate that diabetics have hemoglobin that exhibit greater oxidative stress to amyl nitrite owing to a higher percentage of HbA1C. In fact HbA1C has been reported to be more thermolabile than nonglycated hemoglobin (HbA0). This supports the view that structural modification of hemoglobin due to glycation causes the HbA1C to become less stable and more prone to oxidation by glycation-induced stuctural modification of hemoglobin which leads to a functional modification resulting in oxidative stress in diabetic patients [7].

Copyright: © 2013 Tarburton J. This is an open-access article distributed under the terms of the Creative Commons Attribution License, which permits unrestricted use, distribution, and reproduction in any medium, provided the original author and source are credited. 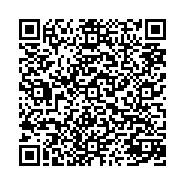