Aim: the aim of the present study is to evaluate the association between CYP11B2gene and type 2 diabetic nephropathy patients in Indian population.

Conclusion: Our findings do not support the hypothesis that CYP11B2 polymorphism is associated with prevalence of Type 2 diabetic nephropathy patients in Indian populations.

Nephropathy is a chronic micro vascular complication of diabetes. Uncontrolled blood sugar level and high blood pressure are risk factor for the development of nephropathy or End Stage Renal Disease (ESRD) [1-4]. The Renin-Angiotensin-Aldosterone System (RAAS) is a regulator of both blood pressure and kidney functions and is suggested to play an important role in the development of nephropathy in Type 2 Diabetes Mellitus and genes encoding components of the RAAS can be candidate genes for evaluating predisposition for the development of hypertension, cardiovascular disease, ESRD or progression of renal disease in type 2 diabetes [5-12]. Aldosterone is an important component of RAAS, and plays an important role in controlling blood pressure, water and electrolyte homeostasis in the body [13]. Aldosterone is synthesized from deoxycorticosterone by a mitochondrial cytochrome P450 enzyme, aldosterone synthase (CYP11B2) [14] catalyze the final steps of the glucocorticoid and aldosterone biosynthesis pathways [15]. The CYP11B2 gene encodes a steroid 11/18-beta-hydroxylase that functions in mitochondria in the zonaglomerulosa of the adrenal cortex to synthesize the mineralocorticoid aldosterone and its expression is regulated by angiotensin II and potassium [16]. The CYP11B2 gene located on chromosome 8q22 [17-19] and contains 9 exons and 8 introns [20].

The -344 (C>T; rs1799998) variant is a commonly reported polymorphism of the CYP11B2 gene, which is located at a putative binding site for the steroidogenic transcription factor (SF-1) of the promoter region and involves a cytosine to thymidine substitution [21]. The -344 (C>T) polymorphism is associated with serum aldosterone level and production [22-24], blood pressure [19,25-27], left ventricular size and mass [18,28], Ischaemic Strok [7]. Its association was reported with progression of renal function [29-31] and ESRD [6]. However, there were few studies from India have been found on the association of CYP11B2 -344C/T polymorphism and CRI [5], T2DM [9] healthy volunteers [32]; hypertension [33,34], high-altitude adaptation [35].

Therefore, the aim of this study is to evaluate the relation between CYP11B2 polymorphism and Type 2 Diabetic Nephropathy on Hemodialysis patients in Indian population and the genotype and allele frequency of CYP11B2 gene (-344 C>T) promoter polymorphism.

The study participant were 84 type 2 diabetic nephropathy on hemodialysis (T2DNH), 122 type 2 diabetes patients without nephropathy (T2DM) and 118 healthy controls (H.CON). The detection of Type 2 diabetic and nephropathy patients was based on physician’s recommendation, registered patient for dialysis and a detailed medical history of each patient was recorded accordingly. The healthy unrelated controls were randomly selected and recruited from local community centers. Subjects for the study were recruited at the participating medical institutions namely Calcutta Medical College (Kolkata), B.P. Poddar Hospital and research Centre (Kolkata).

Approximately 5 ml of venous blood was drawn from each of the subjects in EDTA vials and genomic DNA was extracted from whole fresh blood using standard salting out method using phenol-chloroform [36]. The CYP11B2 (-344 C>T) polymorphism was identified by PCRRFLP method. Subjects were genotyped for the (-344 C>T) promoter polymorphism using primers CAGGAGGAGACCCCATGTGA (sense) and CCTCCACCCTGTTCAGCCC (antisense). Standard PCR amplification was performed in a final volume of 10 μL reaction mixture containing 50 ng of genomic DNA, 20 pmol of each primer, 10X Taq PCR buffer, 25 mM MgCl2, 100 mM of each dNTPs and 0.5 U/uL of Red Taq polymerase. PCR amplification was performed in a DNA thermo cycler (Gene Amp PCR 9700 - Applied Biosystems, USA). PCR was carried out with a Gradient standardize PCR condition with an initial denaturing time at 95°C for 5 min. Then the DNA was amplified for 35 cycles with denaturation at 94°C for 1 min, annealing at 69°C for 1:30 min and extension at 72°C for 1:30 min and final extension 72°C for 10 min. The PCR products were checked by 1% agarose gel electrophoresis with ethidium bromide staining and directly visualized in UV light.

Restriction fragment length polymorphism analysis (RFLP) was performed by adding 5 U of restriction endonuclease HaeIII (Fermentas) in the appropriate buffer to 4.5 uL of amplified 541 bp PCR product and by incubating at 37°C for 3 h and 30 min. Electrophoresis of the digested samples were done in 2.5% agarose gel with ethidium bromide stained, and analyzed under UV light. The C alleles are detected as fragments of 202 bp and the T alleles as fragments of 273 bp plus smaller fragments (138 bp, 125 bp, and 71 bp) in each case (Figure 1).

In this cross sectional case control study, 84 T2DNH subjects were compared with 122 T2DM subjects and 118 healthy control subjects. For the control subjects consisted of 61.9 % male and 38.1% female and the T2DNH and T2DM cases 53.6%, 52.5% male subject and 46.4%, 47.5% female respectively. Mean age for the case samples was higher than control samples.

Clinical characteristics of all subjects

*The mean difference is significant at the 0.05 level

Table 3: Comparison of clinical and Biochemical characteristics of type 2 diabetic nephropathy on dialysis Patients according to CYP11B2 gene polymorphism.

Our study was designed to test the hypothesis that the prevalence of type 2 diabetic nephropathy may be influenced by the aldosterone synthase (CYP11B2) gene polymorphism of the RAAS. Figure 1 shows the PCR-RFLP digestion product size in agarose gel electrophoresis stained with ethidium bromide of CYP11B2 gene (-344 T>C) polymorphism. Genotype and allele frequencies for the polymorphism of CYP11B2 in T2DNH, T2DM and Healthy controls are presented in Table 4. The frequencies of CYP11B2 gene CC, CT, TT genotypes among the T2DNH are 16.67 %, 51.19 %, 32.14 %; in T2DM patient 10.66 %, 52.46 %, 36.88 % and 16.95%, 38.14%, 44.91% in controls respectively. In our study, we could not observe significant differences in both genotype (x2=7.289, p=0.121) and allele frequency (X2=1.82, p=0.403) of the CYP11B2 gene (-344 T>C) polymorphism between T2DNH, T2DM patients and Controls subjects. The CT genotype was the highest percentage among T2DNH and T2DM subject (51.19%, 52.46 % respectively) than the control subjects (38.14%). The CC genotype was almost same percentage among the T2DNH and Control subject (16.67%, 16.95% respectively) and the TT genotype was the highest among the control (44.91%). From the Table 5 it is evident that no significant association was observed for all the study groups with affected and non-affected MAF through Plink association test. From the analysis of HWE, it was found that the SNP (C -344 T) was in Hardy – Weinberg equilibrium. The association was further verified through 3 model – additive, dominant and recessive models to confirm which of these 3 models best predict the association at micro level. On the whole it was observed that dominant model more predictable that additive and recessive model, but there are no significant association in these 3 models.

Several studies of the association between this polymorphism and hypertension [10,27,38,39] left ventricle size and mass [18,40] and myocardial infarction [28,37] in the general population and hypertensive individuals with normal renal function have been performed. Various studies had reported the CYP11B2 gene polymorphism associated with CRI [5]; renal insufficiency in the hypertensive population [10,31] and [30] reported that there was no association between the CYP11B2 genotype and progression of renal failure among the diabetic ESRD patients.

In ESRD patients, however, studies of association of CYP11B2 -344C>T polymorphism and left ventricular hypertrophy and cardiovascular morbidity are few. It is also possible that the type 2 diabetic patients with high risk genotype may be excluded from the present study because of premature mortality due to cardiovascular influences by CYP11B2 polymorphism. Thus, further prospective investigation is needed to explore the role of CYP11B2 polymorphism in the susceptibility of diabetes and cardiovascular effect in type 2 diabetic patients.

Our findings do not support the hypothesis that CYP11B2 polymorphism is associated with prevalence of Type 2 Diabetes and diabetic nephropathy patients in Indian populations. The minor T allele of CYP11B2 gene polymorphism is not associated with T2DNH in Indian subjects. Therefore, CYP11B2 gene (-344 C>T) polymorphism may not be a genetic marker and might not considered as a genetic risk factor for Indian Type 2 Diabetic nephropathy patients.

We would like to thank the members of the study populations. We wish to express our deep gratitude to the Director, Anthropological Survey of India, for his kind permission to initiate the work and also for providing financial support.

Copyright: © 2013 Purkait P, et al. This is an open-access article distributed under the terms of the Creative Commons Attribution License, which permits unrestricted use, distribution, and reproduction in any medium, provided the original author and source are credited. 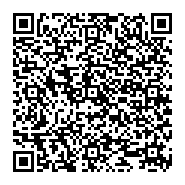