Type 2 Diabetes Mellitus is accounting for more than 90% of all the forms of diabetes. Different genetic epidemiological studies show that the genetic variations in several candidate genes are associated with the increased risk for Type 2 Diabetes Mellitus (T2DM) and related complications in different human populations. Genetic and nongenetic risk factors can foretell the risk of a person to the type 2 diabetes mellitus or become the reason behind diabetes in the person. The main aim of the present work is to evaluate the genetic and non genetic risk factors. Several genetic variants in different candidate genes are suggested for their role in development and advancement of the disease. For the accomplishment of our objective to evaluate genetic risk factors, the previously reported single nucleotide polymorphisms (SNPs) of the candidate genes for type 2 diabetes mellitus and related complications in the Indian and the worldwide population were studied. These were selected because of their proven role in predicting them. The study has revealed the presence of Single Nucleotide Polymorphisms in new positions in three of the genes in the validation process in discrete diabetic population of Andhra Pradesh and Telangana states in India.

Several Genetic, Environmental and Biochemical risk factors interplay together for its development and advancement of T2DM [1]. Type 2 Diabetes Mellitus (T2DM) is a polygenic multifactorial, disorder characterized by chronic elevation of blood glucose levels [2]. T2DM itself is a disease and is a risk factor for complications that leads to increased disability and reduced life span They will be a burden not only on the family but also on the society and health care resources. When the insulin hormone produced by the pancreas could not be effectively used by the body (insulin resistance) [3,4] or the pancreas unable to produce enough insulin hormone (insulin deficiency) [5] or both of them together lead to hyperglycemic conditions. Hence the blood sugar levels cannot be regulated [6,7]. About 387 million people worldwide are affected by diabetes and the count will be raised to 529 million by 2035 with 179 million people with diabetes are undiagnosed (Diabetes Atlas-update-2014) with more than 80% of diabetic deaths occurring in low- and middle-income groups. This disease was designated as the disease of middle aged and elderly but it is affecting the Adolescents as well as the children [8]. According to recent estimation (2014) of WHO 9% of adults of 18 years and older had diabetes. The three P’s or the common symptoms are Polyuria (Excess urination). Polyphagia (Excess appetite) and Polydipsia (Excess thirst)

So far many genes and various loci are identified by gene linkage and candidate gene association studies have the outcome of T2DM and related complications. Candidate gene study [9] is a pretty good method for assessment of common diseases. The main aim of the study is therefore to validate the presence of previously reported single nucleotide polymorphisms in Calpain 10 (CAPN10) [10-13], Adiponectin (ADIPOQ) [14], Apolipoprotein C-III (APOC III) [15- 17], Angiotensinogen (AGT) [18-23], Apolipoprotein E (APOE) [24- 26] and Toll-Like Receptor 4(TLR4) [27] for association with Type 2 Diabetes mellitus and related complications. These SNPs are the reason for development and advancement of diabetes in the person and is a genetic risk factor which predicts the outcome of disease in normal person [28,29].

The study intends to detect the risk factors (genetic and non-genetic) which predict the outcome of T2DM and related complications.

The peripheral blood samples were collected from diabetic patients and normal subjects. They were aged between 15 to 85 years. The study is carried out with 180 subjects out of them 96 were females and 84 were males (90 subjects are diabetic cases and 90 are controls). The left over blood was collected after taking their consent. Each of them was subjected to a simple questionnaire. The samples were then collected in sitting position in the non-EDTA vials in accordance to the protocol for DNA isolation.

The case subjects of the study were established diabetic patients. The blood samples were primarily screened for diabetes with a simple biochemical test. The biochemical test reports showed Fasting Blood Sugar value of more than 126 mg/dL and Post Prandial Blood Sugar value of more than 200 mg/dL in accordance to WHO recommended criteria for diabetes diagnosis. The healthy subjects with no family history of diabetes served as controls.

Subjects suffering from other infectious diseases were excluded from the study. They were either motivated or prescribed by the doctor for screening of diabetes.

Selection of polymorphism in candidate genes: The previously reported SNPs of candidate genes, CAPN10, ADIPOQ, DKK1, APOC-III, AGT, APOE and TLR4 selected for the study are listed with polymorphisms and reference sequence in Table 1 All the candidate genes have proven association with T II D along with related complications [30].

SNPs study: The Leucocyte component of the blood samples were processed for extraction and purification of Genomic DNA using modified Sambrook et al. protocol [31,32]. The wash buffer (Tris HCL pH=7.5) was used to separate other blood components from the Leucocytes. The Blood proteins were lysed using lysis buffer and proteinase while giving brief heat treatment at 65°C. The lysed proteins are precipitated using sodium acetate. The DNA is isolated as precipitant in alcohol is purified. The portion gene specific for single nucleotide Polymorphisms is specifically amplified by Polymerase chain reaction (PCR) [33,34]. The conditions were optimized for PCR of each of the seven genes. The PCR was done using specially designed primers by us using Primer 3 Blast tool for the purpose of amplification. The amplification was done for both the case and control samples. The amplified PCR products were analyzed qualitatively by agarose gel electrophoresis [35,36] and visualized and photographed in transilluminator after staining with ethidium bromide as shown in Figure 1. These amplified sequences were than subjected to sequencing by Sanger sequencing method [37].

The sequenced portion of the genes in the T2DM patients and normal subjects were analyzed by using different computational tools for: Validation of previously reported SNPs of our samples, Phylogenic similarity and identification of conserved regions.

The photograph of the seven amplified genes sequence is shown below (Figure 1).

On analysis of sequence stretch of amplified by PCR we found SNPs in the locations other than those reported in the literature of genetic and epidemiological studies. These are in 240592222, 52316022, 11708205 positions of Calpain 10, Dickkopf WNT signaling pathway inhibitor 1 and Toll-Like Receptor 4 genes respectively.

The Phylogenic similarity of genes among different species of organisms was validated using pair wise sequence alignment using CLUSTEL W [38]. This similarity is shown in the Table 2 shown below. The rooted dendrogram of one of the genes Calpain 10 is shown below in Figure 2. 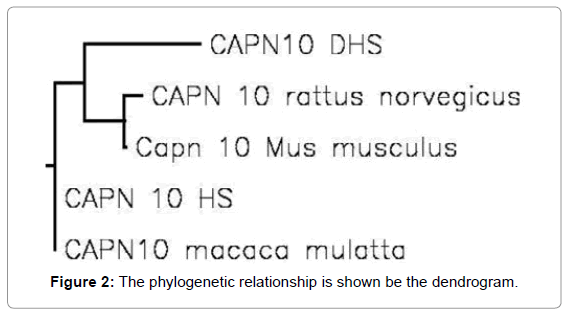 Figure 2: The phylogenetic relationship is shown be the dendrogram. The KEGG orthology shows association of the candidate genes with a disease.

The Sequence analysis by BLAST [40] showed that genome sequence of the control and cases have 99% similarity showing that there is some point mutation and that can be attributed to T2DM. With other organism only CAPN 10 showed results.

The presence of the previously reported SNPs in the candidate genes are successfully validated in most of the discrete diabetic population of Andhra Pradesh and Telangana states in India. As a finding of this study, we report the presence of SNPs in new positions in three out of the seven genes studied. Sequencing also revealed SNP mutations Ser to Gly (G→A) in new position 240592222 of Calpain-10 gene, Leu to Phe (C→T) in Dickkopf WNT signaling pathway inhibitor1and Glu to Gly (A→G) in Toll-Like Receptor4. This SNP in new position can be further validated for association with T2DM by extending the study by further analyses to a large-scale association studies on a larger sample size. This is required for establishing a conclusive association of newly identified gene polymorphisms in in Dickkopf WNT signaling pathway inhibitor 11, Calpain 10, and Toll-Like Receptor 4 genes in prediction of genetic risk for Type 2 Diabetes Mellitus.

I would like to thank all the participants of the study. They are no conflicts of interest.

The conclusive association of new SNPs reported in diabetic population of Andhra Pradesh and Telangana given by extension further analyses on a larger sample size.

Copyright: © 2015 Cheekurhty AJP, et al. This is an open-access article distributed under the terms of the Creative Commons Attribution License, which permits unrestricted use, distribution, and reproduction in any medium, provided the original author and source are credited.