Background: Diabetes nephropathy is the commonest cause of end stage kidney disease worldwide. The high incidence of the disease highlights the need to detect it early and commence prompt intervention. The aim of this study is to audit the screening for diabetic nephropathy in patients with diabetes mellitus attending a teaching hospital in Nigeria.
Methodology: This a retrospective study and the study population was adult patients with diabetes mellitus who attended medical outpatient clinic (MOP) of ESUTH from 1st January 2010 to 31st December 2011.Their medical records were retrieved from the hospital data bank and their biodata, clinical and laboratory parameters were documented. Data was analysed using SPSS Vs 15.
Results: Two hundred and three patients were selected for the study, 32% were males, mean age of 60.0 ± 13.5 years and range of 27 to 94 years. The duration of DM ranges from 2 to 312 months, 4.1% had type 1 DM, 88.1% were hypertensive. The eGFR ranges from 11 to 205 ml/min/1.73 m2, 37.6% of the patients had eGFR less than 60 ml/min/1.73 m2 and 22.3% had proteinuria. Duration of diabetes mellitus and duration of hypertension were assessed in 91 and 25% of the patients respectively; weight, oedema and sensation were assessed in less than 7%. BMI and fundoscopy was not assessed in any of the patients. 92.6% and 97% of the patients had records of their blood sugar on the first and last follow up. Less than 50% of the patients had record of serum electrolyte, urea, creatinine, urinalysis and packed cell volume. None of the patients had records of HbA1C or eGFR. Conclusion: The patients were poorly screened for diabetic nephropathy.

Diabetes mellitus (DM) is a serious and growing public health problem affecting 2% to 3% of the adult population, and up to 20% to 25% of the elderly population [1]. It results in reduced life expectancy and increased morbidity resulting from diabetes-related complications including diabetic nephropathy.

Diabetic nephropathy is a micro vascular and common chronic complication of diabetes mellitus. It is the commonest cause of end stage kidney disease worldwide [1]. However, in spite of being a common co morbid condition of type 2 diabetes mellitus, it is often remains undetected and consequently untreated [2]. The high incidence of the disease highlights the importance of detecting it early so that treatment to delay its progression can begin.

Therapeutic interventions and efforts to prevent the progression of nephropathy have the greatest impact if instituted very early in the course of the disease. Therefore, it is recommended that all patients with DM should receive routine screening tests for diabetic nephropathy so that appropriate treatments can be instituted as early as possible [2]. Despite this evidence, implementation rates of recommended interventions are low. This frequently leads to ineffective or delayed treatment of complications [2,3].

Screening for diabetic nephropathy must be initiated at the time of presentation, since many of the adult diabetic patients especially patients with type 2 DM already have evidence of kidney disease at that time [4,5].

The aim of this study is to audit the screening for diabetic nephropathy in patients with diabetes mellitus attending a teaching hospital in Nigeria.

This was a retrospective study. The study location was medical outpatient clinic of Enugu State University Teaching Hospital (ESUTH) Parklane Enugu in Nigeria. The hospital was initially a multispecialty specialist hospital and was changed to a teaching hospital in 2005. It is situated in Enugu metropolis in Enugu State in Nigeria. The hospital carters for patients from Enugu State and also receives referral from the neighboring states of Anambra, Imo, Abia, Ebonyi, Benue, Delta, Cross Rivers and Kogi. It is a 400 bedded hospital offering emergency and outpatient services in all specialties. It also offers training program for students in undergraduate and post graduate medicine.

The subjects were randomly selected from the DM patients who attended MOP during the study period. Their medical records were retrieved from the hospital data bank. The biodata, clinical and laboratory parameters of the subjects as in their medical records were documented. The onset and duration diabetes mellitus in these patients were determined from onset of clinical features/or elevation of the blood glucose till time of presentation.

The data obtained was entered into a spread sheet and analysed using SPSS Vs 15. Continuous variables were reported as mean ± standard deviation and categorical variables as proportions. P value less than 0.05 was significant.

The records of 203 patients that were selected among the DM patients that attended MOP during the study period were retrieved. Using the available records, the characteristics of the patients were as follows. Sixty five (32%) of the subjects were males, with male: female ratio of 1:2.1. Their mean age was 60.0 ± 13.5 years with a range of 27 to 94 years. The duration of DM ranges from 2 to 312 months with a median of 60 months, 4.1% had type 1 DM and they were on insulin, 85.9% had type 2 DM, non-had type 3 DM and patients with type 4 (gestational) DM were excluded.

The 21st century has the most diabetogenic environment in human history with increasing incidence and prevalence globally [5,6]. This increase in prevalence of diabetes mellitus had been estimated to be greater in the developing countries including Nigeria. Diabetes mellitus especially type 2 had been reported to be more preponderant in females and middle age [1]. This study revealed that 68% of the studied population was females and their mean age was 60 ± 13.5 years. The National Kidney Foundation Kidney Disease Outcomes Quality Initiative (KDOQI) clinical practice guidelines recommend screening for CKD in at risk individuals using proteinuria and the eGFR [7]. A 2009 study from the United States found that almost 40% of type 2 DM patients have CKD to some degree [8] it is found in this study that among patients with available records, more than a third of them have evidence of kidney dysfunction as detected by eGFR less than 60 ml/ min/1.73 m2 and/or proteinuria.

It is noteworthy that in this study none of the patients had record of assessment of fundoscopy or BMI, less than 10% had record that their sensory modalities or weight was assessed, and also records of assessment of features of diabetic nephropathy like oedema or urinary symptoms was found in less than 60%. Furthermore about 10% of the patients do not have records of duration of diabetes mellitus or history of hypertension. Thus the assessment of these parameters in these patients was very poor. Similar inadequate assessment of diabetes mellitus patients had been reported in studies in other part of the country [9,10] and this eclipse the benefit and expected impact on early and prompt detection and possible intervention of diabetic nephropathy and other complications of diabetes mellitus including associated cardiovascular risk factors. However it is of note that the age, sex and blood pressure was assessed in all the patients in this study. Even though this is commendable, it does not compensate for the gross inadequacies of the assessment of the clinical parameters of these patients. More so these aforementioned parameters are usually assessed by the support staff and not the attending physicians.

Diabetic nephropathy is usually defined as a clinical syndrome classically characterized by proteinuria and/or deteriorating glomerular filtration rate. It has 5 stages of hyperfiltration, normoalbuminuria, microalbuminuria, overt nephropathy and end stage kidney disease depending on the level of the proteinuria or glomerular filtration rate [7,11]. This shows that diagnosis and staging of diabetic nephropathy depends on the level of proteinuria and glomerular filtration rate of the patient. Proteinuria is usually assessed using timed or spot urine while GFR is assessed with measured or estimated technique. The use of spot urine (dip stick or urine protein:creatinine ratio) and estimated/ calculated (Cockcroft and Gault or MDRD) method were preferred for proteinuria and GFR respectively because of its convenience and reliability [4,12]. Microalbuminuria (urine protein 30-299 mg/ day), overt proteinuria (urine protein ≥ 300 mg/day) and GFR less than 60 ml/dl is indicative of kidney disease. Only 41.9% and 45.8% of patients that participated in this study had record of urinalysis and serum creatinine respectively, and none of them had record of microalbuminuria or GFR [7,13]. Among the patients with record of urinalysis or serum creatinine 22.3% and 37.6% of them had overt proteinuria and eGFR less than 60 ml/min/1.73 m2 respectively. This shows that though the screening of diabetic nephropathy using both parameters is poor in this study, the prevalence of diabetic nephropathy is higher than reported from a similar study in Nigeria [10]. This result of degree of assessment/screening for diabetic nephropathy is poor and falls short of the recommendation, which states that all adult patients with diabetes mellitus should undergo assessment of their kidney status using proteinuria and GFR at diagnoses and periodically depending on the state of the patient and the kidney [4,5].

Hyperlipidaemia, anemia, hyperglycaemia, hypertension, cigarette smoking and proteinuria has been reported as factors that propagate kidney diseases including diabetic nephropathy and other systemic complications of diabetes mellitus [4,5,14,15]. The paucity of adequate screening of these propagating factors of diabetic nephropathy was also noted in this study. Lipid profile and Packed Cell Volume (PCV) was assessed in 21.1% and 43.2% respectively. None of the patients was assessed for smoking, glycated haemoglobin and microalbuminuria in all their follow up at the medical outpatient clinic.

The suboptimal assessment of diabetes mellitus patient is not restricted to screening for diabetic nephropathy as there has been reported gross under assessment of patients with diabetes mellitus in Nigeria. Furthermore screening of kidney diseases in at risk groups have been reported to be poor [22]. There are multiplicities of factors contributing to this malady in the developing countries including Nigeria. These factors could be poverty and ignorance in the part of patient, ignorance or laxity in the part of the medical personnel, or non-availability of the laboratory facility, lack of protocols and guidelines for management (detection, prevention and treatment) of diabetic nephropathy and other complications of diabetes mellitus in the health institution. The study location has good and standard laboratory facilities to screen these patients appropriately, thus the challenges relies either with the patient or the medical personnel who in this study is a physician or resident in Medicine.

Medical practice especially renal medicine in the developing countries including Nigeria has been plagued with many daunting challenges. This has been perpetuated by many policies that do not encourage improvement in output of medical practice. The cost of medical practice is not cheap and thus in many developed countries there are policies that alleviate medical treatment for the populace. However in developing countries including Nigeria patients and medical personnel bear the entire cost of medical care in presence of other competing needs. Thus there are minimal or no awareness campaign to educate the patient and the populace at large on prevention, monitoring and screening of diseases like diabetic nephropathy. The patients are so poor that they find it very difficult to procure medication and other necessary investigations, thus adherence to medications or regular follow up is not feasible. The medical personnel finds it difficult to cope with very busy clinic, can’t afford appropriate update and retraining programs, and occasionally their diligence and dedication is not forthcoming because of lack of motivation. There is no laid down guideline, audit, supervision and monitoring in most institution including the study location.

The result of this study surmises the poor state of our medical care and the sorrowful antecedent outcome of these diabetic patients considering that diabetic nephropathy is expensive to manage and has high mortality. Thus there is need for urgent attention to the health sector in terms of health education, regular clinical audit, update programs for health personnel, reliable medical insurance system, upgrade of the health facilities and population friendly policies that will encourage prevention of diseases and its complication.

Copyright: © 2015 Okafor UH, et al. This is an open-access article distributed under the terms of the Creative Commons Attribution License, which permits unrestricted use, distribution, and reproduction in any medium, provided the original author and source are credited. 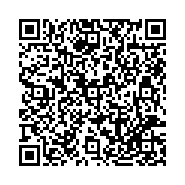