Extensive review of literature revealed that there no studies which have compared the severity of coronary artery disease in diabetic and nondiabetic subjects using Gensini scoring among Indian population.

The subjects were approached individually and explained about the objectives of study in their preferred language. A written consent was taken from the subjects who were willing to participate in study. Ethics committee approval was obtained from the institutional Ethics Committee of KMC (Kasturba Medical College), Mangalore (affiliated to Manipal University), India prior to the commencement of study.

The present cross-sectional study was conducted between December 2011 and December 2012, 233 subjects admitted to the department of cardiology, KMC Mangalore, for elective coronary angiography were enrolled in the study. Information pertaining to study variables were collected using semi-structured proforma, which included age, sex, presenting complaints, family and past history of angina or ischemic heart disease, duration of diabetes, duration of HTN (hypertension), duration of smoking, duration of alcohol consumption and subjects were divided into diabetic and non-diabetics. All the subjects were recruited from KMC, Managlore.

ABI (Ankle Brachial Index) was calculated by conventional methods using both palpatory and auscultatory techniques. Ankle systolic blood pressure was calculated by tying the standard cuff to the calf muscle and palpating the posterior tibial artery. The ratio was then calculated by dividing Ankle SBP by brachial SBP On the basis of this ratio.

Urine spot sample was sent K.M.C. Hospital lab, where quantitative estimation of urine albumin was done by an autoanalyser. On the basis of urine albumin excretion, patients were graded as: 0-20 mg/L: Normal and >20 mg/L: Microalbuminuria (abnormal).

The diagnostic procedure was performed using Seldenger’s technique, all images were recorded digitally. Assessment of the severity of coronary artery disease was done using Gensini score [12]. Gensini score grades narrowing of the lumen of the coronary artery and scores it with numerical values with the following method; score 1 for 1–25% narrowing, 2 for 26–50% narrowing, 4 for 51–75%, 8 for 76–90%, 16 for 91–99%, and 32 for a completely occluded artery. This score is then multiplied by a factor that represents the importance of the lesion’s location in the coronary artery system. For the location scores, 5 points were given for the left main lesion; 2.5 for the proximal left anterior descending (LAD) or left circumflex (LCX) artery; 1.5 for the mid segment LAD and LCX; 1 for the distal segment of LAD and LCX, first diagonal branch, first obtuse marginal branch, right coronary artery, posterior descending artery, and intermediate artery; and 0.5 for the second diagonal and second obtuse marginal branches. Gensini score was expressed as the sum of the scores for all three coronary arteries to evaluate the entire extent of coronary artery disease.

Table 1: Comparison of Diabetics and Nondiabetics with Gensini score.

As showed in Table 5, when multivariate analysis (Regression) with ANOVA was done for predictors (constant) like DM duration, HTN duration, BMI, W:H (Waist Hip ratio), ABI, LVEF%, HbA1c, TC/HDL, Non-HDL cholesterol, creatinine and urine microalbumin with dependent variable Gensini score it is found that correlation standardized coefficient (beta) of DM duration is +0.455, urine microalbumin is +0.207, TC/HDL is +0.173, ABI is -0.388, creatinine is -0.115 and LVEF% is -0.102; p values for all the beta values is less than 0.05. Table 5: Multiple regression analysis of all variables in subjects.

The results showed that there is a statistically significant positive correlation between duration of diabetes and Gensini scores (P value 0.007). My finding was confirmed by data published in year 2010 in a study by GuoLixin et al. [13], where Spearman’s correlation analysis was performed with Gensini score as dependent variable and all risk factors as independent variables. This analysis showed that Gensini score was positively correlated with duration of diabetes mellitus.

In our study, we found statistically significant higher severity of CAD in subjects with microalbuminuria (P<0.001). This matched with the study of Deveci et al. [14] who studied the relationship between microalbuminuria and the presence and extent of coronary atherosclerosis in four hundred and two subjects and found a positive correlation between microalbuminuria and extent of CAD both in the diabetic and nondiabetic subjects and concluded that Microalbuminuria is an independent predictor for the presence (P<0.001) and severity of CAD (P<0.001, β=0.563). Also our result goes hand in hand with the data published by Defilippis et al. [15] in 2010 who conducted the MESA study (Multi Ethenic Study of Atherosclerosis).

GuoLixin et al. [13] also concluded that there was a positive correlation between severity of CAD and microalbuminuria and that this association was significant in the subgroup of subjects with type 2 diabetes (P=0.045) and in those without diabetes (P=0.023).

Limitations of our Study

A detail of treatment of diabetes and hypertension was not collected in detail.

Details of content, amount and type of alcohol was not collected.

In the future, there is a need for study with larger sample size to confirm the results obtained.

Severity of CAD as assessed by Gensini Score was higher in subjects with diabetes when compared to nondiabetic Indian subjects.

The authors are grateful to the study participants who voluntarily took part in study. We wish to acknowledge support provided by department of cardiology, KMC Mangalore.

Copyright: © 2014 Mahadeva Swamy BC, et al. This is an open-access article distributed under the terms of the Creative Commons Attribution License, which permits unrestricted use, distribution, and reproduction in any medium, provided the original author and source are credited. 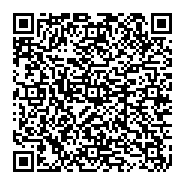