Introduction: The term “diabetes mellitus” describes a metabolic disorder of multiple etiology characterized by chronic hyperglycemia with disturbances of carbohydrate, fat and protein metabolism resulting from defects in insulin secretion, insulin action, or both. Adherence has been defined as the active, voluntary, and collaborative involvement of the patient in a mutually acceptable course of behavior to produce a therapeutic result. This definition implies that the patient has a choice and that both patients and providers mutually establish treatment goals and the medical regimen. Objectives: To assess the compliance for medication and foot care. Methodology: An interventional study was carried out in people having diabetes for atleast 2 years who visited BMCH, Chitradurga, Karnataka, for a period of six month. A total of 251 patients were enrolled in the study. SPSS software was used to calculate the statistical estimation. Student t-test was used to analyze different variables. Results: Adherence to medication revealed that 70 (27.89%) patients showed low adherence, 179 (71.34%)moderate adherence and 2 (0.79%) showed high adherence at the baseline. Follow up revealed 3 (1.19%) patients were found to be low adherent, 247 (99.40%) moderate adherence and 1 patient (0.39%) high adherent. Compliance to foot care showed that 242 (96.41%) poor compliance, 7(2.78%) moderate compliance and 2 0.796%) high compliance at baseline. At follow-up it revealed that 144 (57.37%) showed poor compliance, 104 (41.43%) moderate compliance and 3 (1.195%) high compliance. Conclusion: As diabetes is a lifelong disease and taking medicines daily is difficult for patients. Pharmacist educating patient about importance of medication adherence and foot care to prevent further worsening the disease helps the patient to control blood glucose level and stay healthy.

Diabetes is a metabolic syndrome characterized by inappropriate high blood glucose result in the form of either low level of insulin or in the form of abnormal resistance to insulin effect coupled with inadequate level of insulin secretion to compensate. The characteristic symptoms are: Excessive urine production (polyuria), Increased hunger (polyphagia), Increased thirst (polydipsia) and Blurred vision [1].

India is one of the 6 countries of the IDF SEA region.

The definition of adherence according to WHO is the extent to which a person’s behavior – taking medication, following a diet and/or performing lifestyle changes- corresponds with agreed recommendations from the health care provider.

In every aspect the primary goal in the management of chronic disease is the improvement of the patients’ HR-QoL [3].

There are seven essential self-care behaviors in people with diabetes which predict good outcomes namely healthy eating, being physically active, monitoring of blood sugar, compliant with medications, good problem-solving skills, healthy coping skills and risk-reduction behaviors. All these seven behaviors have been found to be positively correlated with good glycemic control, reduction of complications and improvement in quality of life [4].

Medication adherence usually refers to whether patients take their medications as prescribed (e.g., twice daily), as well as whether they continue to take a prescribed medication. Medication adherence behavior has thus been divided into 2 main concepts, namely, adherence and persistence. Although conceptually similar, adherence refers to the intensity of drug use during the duration of therapy, whereas persistence refers to the overall duration of drug therapy. Medication adherence is a growing concern to clinicians, healthcare systems, and other stakeholders (e.g. payers) because of mounting evidence that non-adherence is prevalent and associated with adverse outcomes and higher costs of care [5].

Diabetic foot is one of the most significant and devastating complications of diabetes, and is defined as a foot affected by ulceration that is associated with neuropathy and/or peripheral arterial disease of the lower limb in a patient with diabetes.

The prevalence of diabetic foot ulceration in the diabetic population is 4-10%; the condition is more frequent in older patients. It is estimated that about 5% of all patients with diabetes present with a history of foot ulceration, while the lifetime risk of diabetic patients developing this complication is 15%.

Neuropathic wounds are more likely to heal over a period of 20 weeks, while neuroischemic ulcers take longer and will more often lead to limb amputation. It has been found that 40-70% of all nontraumatic amputations of the lower limbs occur in patients with diabetes [6].

Left untreated, bacterial and fungal infections, as well as foot ulcers, can lead to amputation.

The American Diabetes Association’s Standards of Medical Care, released in 2014, include the following foot care recommendations:

• Patients with diabetes should obtain an annual comprehensive foot examination to identify risk factors predictive of ulcers and amputations.

• A multidisciplinary approach is recommended for patients with foot ulcers and those at high risk for foot complications, especially individuals with a history of prior ulcer or amputation.

• Patients, who smoke and/or have structural abnormalities, as well as those with a history of lower extremity complications, should be referred to foot care specialists for ongoing preventive care and lifelong surveillance [7].

This study is aimed to assess adherence to medication and identify the factors that are associated with non-adherence in type-2 DM patients, because non-adherence could lead to worsening of disease and increased risk of complications. Pharmacist’s intervention may have a greater impact on the health of the population than any improvement in specific medical treatments. The aim of this large population-based study is to evaluate the self-reported medication adherence and foot care in patients with type-2 DM.

A prospective interventional study conducted over a period of six months using questionnaires as a tool, was conducted in Basaveshwara Medical College Hospital & Research Centre, Chitradurga. Patient with diabetes for at least 2 years, with diabetic complications and other comorbid conditions were included in study. Data was collected through personal interview with patients. All the patients who admitted to the General Medicine department were reviewed daily to identify the patients diagnosed with Diabetes or with other co morbidities. The patients who met the study criteria were enrolled in the study. Patients are enrolled in to the project by providing questionnaires and data is collected at the initial visit, further patient counseling is given using PILs and foot care pictograms. Follow up all the enrolled patients is done after 3months with same questionnaires; compliance is analyzed by evaluating the baseline and follow-up data. Consents are obtained before the study. Ethical clearance from Institutional Ethical Committee, of Basaveshwara Medical College Hospital & Research Centre, Chitradurga was obtained prior to the study.

Adherence to medication was assessed using MMAS-8 questionnaire. After analyzing the questionnaire it was found to be that out of 251 subjects 70 (27.89%) patients showed low adherence, 179 (71.34%) moderate adherence and 2 (0.79%) showed high adherence at the baseline with a mean of 2.10 (SD ± 1.461) after using paired sample statistics.

By analyzing MMAS scale of base line and follow up using a ‘paired t test’ resulted in a mean of 0.904 (SD ± 1.102) and DF 250. The calculated t value was higher than the table value of DF, which suggests significance and Null Hypothesis fails (Figure 1). 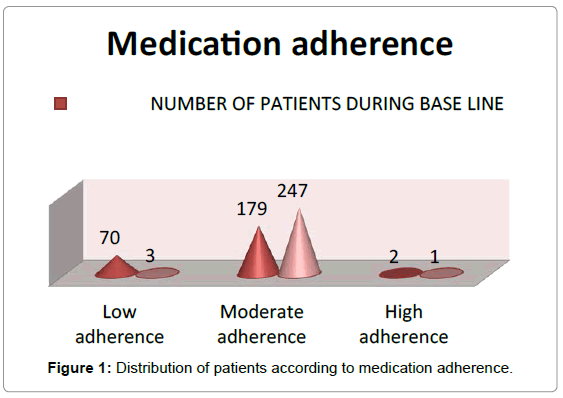 Figure 1: Distribution of patients according to medication adherence. 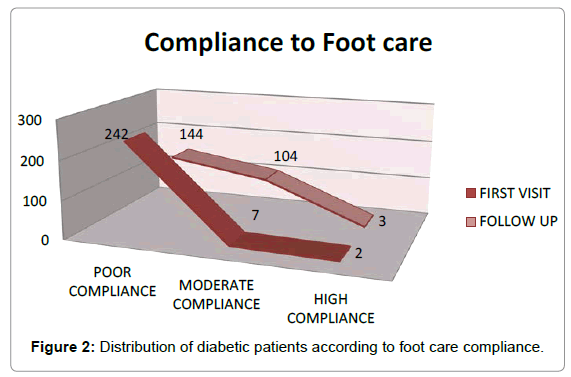 Figure 2: Distribution of diabetic patients according to foot care compliance.

Adherence has been defined as the active, voluntary, and collaborative involvement of the patient in a mutually acceptable course of behavior to produce a therapeutic result. This definition implies that the patient has a choice and that both patients and providers mutually establish treatment goals and the medical regimen. A merged version of the definitions of Haynes and Rand [8,9] “the extent to which a person’s behaviour - taking medication, following a diet, and/or executing lifestyle changes, corresponds with agreed recommendations from a health care provider.” The adherence project has adopted the following definition of chronic diseases “Diseases which have one or more of the following characteristics: they are permanent, leave residual disability, are caused by nonreversible pathological alteration, require special training of the patient for rehabilitation, or may be expected to require a long period of supervision, observation or care” [10].

In this study, we have examined adherence to medication and compliance to foot-care behavior at a tertiary care setting to type-2 diabetes and tried to explore whether pharmacist intervention had any role in improving in the compliance rate.

The findings are valuable, as no such study has ever been reported from this area. It documents the efficacy of guidance on foot-care behaviour to all the people with diabetes who visited the hospital.

This study provided valuable evidence that the advice given on medication adherence, and advice on foot care is effective in modifying self-care behaviour and thus has a great potential on the outcomes of the treatment.

Similar study conducted on South Asian people living in developed countries has shown that they have relatively poorer compliance rate [11-13]. Our study reported moderate compliance at the baseline but on pharmacist intervention, the compliance rate was higher.

Ayman et al., studied on impact of education programmed on patient-anxiety, depression, glycemic control and adherence to selfcare and medication in type-2 diabetes mellitus [14]. The study resulted in significant improvement in patients’ dietary plan, physical exercise, self-monitoring of blood glucose (SMBG), HbA1C, adherence to medication. This study has also followed the procedure of providing education to patients in local language including pamphlets and handouts. One on one counseling was arranged which resulted in significant improvement in patients medication taking behaviour and foot care behaviour.

As diabetes is a lifelong disease and taking medicines daily is difficult for patients. Pharmacist educating patient about importance of medication adherence and foot care to prevent further worsening the disease helps the patient to control blood glucose level and stay healthy.

Copyright: © Vyas VG. This is an open-access article distributed under the terms of the Creative Commons Attribution License, which permits unrestricted use, distribution, and reproduction in any medium, provided the original author and source are credited. 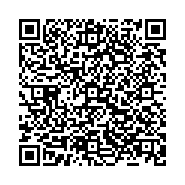