Objective: Type 2 Diabetes is an increasingly common serious, metabolic disorder with a substantial inherited component. We examined 4 SNPs in 4 candidate genes for association with diabetes status and related phenotype in 800 individuals in a case control study.

Research design and methodology: We examined SNPs of 4 candidate genes predicted to have their major role in T2DM. A total of 800 subjects were enrolled (400 patients and 400 controls) from North Indian Population of Jammu and Kashmir from three ethnic groups (Brahmins 200, Khatris 100, Guptas 100). Genotypic analysis was followed by DNA extraction and PCR RFLP technique.

Results: The results confirmed the genetic complexity of Type 2 Diabetes and provide evidence that PGC 1 Alpha (Gly482Ser) and PI3K (Met 326 Ile) polymorphisms have altered the cholesterol pathway and glucose homeostasis and signified the risk of T2DM.

Changes in human behaviour and lifestyle over the last century have resulted in a dramatic increase in the incidence of diabetes worldwide. The number of adults with diabetes in the world will rise from 135 million in 1995 to 300 million in the year 2025 [1]. It is widely accepted that Type II (non-insulin dependent) diabetes mellitus is a polygenic disorder characterized by chronic hyperglycaemia, with both genes and environmental factors contributing to the disease development. Recent genome scans have successfully led to the localization of major loci linked to Type II diabetes [2]. Type 2 diabetes mellitus (T2DM) is a multi-factorial disease caused by complex interplay between genetic predisposition and environmental factors [3]. Risk factors for development of T2DM comprise of genetic (family history of the disease) as well as non-genetic factors such as low birth weight, obesity, excess food intake, physical inactivity, and aging [4] contributes to the recent diabetes epidemic; however, genetic factors are also key determinants of the individual susceptibility to T2DM. The candidate gene approach refers to case-control association studies focusing on specific candidate gene or a selected genetic region, chosen based on known biological function. More than hundreds of candidate genes have been investigated by this approach [5]. Insulin receptor substrate 1 plays a key role in transmitting signals from the insulin and insulin like growth factor-1 (IGF-1) receptors to intracellular pathways PI3K/ AKT and ERK MAP Kinase pathways. IRS 1 plays important biological function for both metabolic and mitogenic (growth promoting) pathways. The G972R variant in IRS 1 gene is caused by switching of Glycerine (G) to Arginine (R) substitution at codon 972 [6]. PGC 1 Alpha is a transcriptional co activator. The gene is confirmed to play a role in energy homeostasis, especially in adaptive thermogenesis. Substantial differences in responses to caloric overload among individuals have been reported [7], and this reduced adaptive thermo genesis can lead to obesity under circumstances such as immobility and high fat diet [8]. Thus alteration in the function or expression of PGC 1 Alpha could lead to change in adiposity. Thus making PGC1 an attractive candidate for a susceptibility gene for obesity or T2DM or both.Gly482Ser variant of PGC 1 Alpha gene is caused by switching of Glycerine 482 Serine at codon position 482 [9].

Phosphatidylinistol 3-Kinase are a family of enzymes involved in cellular functions such as cell growth, proliferation, differentiation, motility, survival and intracellular trafficking, which in turn are involved in cancer. They are also a key component of the insulin signalling pathway, and play a role in Diabetes Mellitus. Met326Ile variant of PI3-K is caused by substitution of Methonine to Iso Leucine at codon position 326 [10]. The KATP channel plays a central role in glucose stimulated insulin secretion from the pancreatic β cell. KATP channel maintains the beta (β cell) membrane. Increased glucose metabolism leads to elevated ATP/ADP, closure of KATP channel at plasma membrane and membrane depolarization. Under physiological conditions closure of KATP channel is central step in glucose stimulated insulin release. The E23K variant in KCNJ11 is caused by a switch of guanine to adenine resulting in a glutamic acid (E) to lysine (k) substitution at codon 23 [2,11]. In this investigation, we have examined the role of four most significant loci previously reported to be associated with T2DM in Jammu population in a diabetic case-control cohort of Brahmins, Khatris, Guptas obtained from North India. Our study is focused on the role of these four genes in the progression of the disease in our study cohorts. Peroxisome proliferator- activated receptor gamma 2 (PPARG2; Gly482Ser; rs 8192678), Insulin receptor substrate (IRS 1; rs rs1801278), Potassium inwardly rectifying channel subfamily J member 11 (KCNJ11; rs 5219) and Phosphoinositide 3 Kinase (PI3 K; rs 3730089).

Patients who had T2DM (as defined by age of onset being later than 30 years of age) and exclusively used oral hypoglycemic agents were enrolled for this study from different hospitals and private clinics. The individuals were diagnosed with T2DM as per 1998 world health organisation. A total of 800 individuals were taken from the general population of Jammu (Jammu and Kashmir). The study sample comprised of 400 patients of T2DM from three different ethnic groups (Brahmins, Khatris and Guptas). The study was conducted after having an informed written consent from all participants. A health questionnaire, including parameters such as dwelling, educational status, consumption of tobacco and alcohol, family history, age and dietary habits, was duly filled from each participant.

Genomic DNA was extracted from peripheral blood lymphocytes using Phenol- Chloroform method [12]. To determine the genetic polymorphism, DNA segment of interest was amplified by using Polymerase Chain Reaction (PCR) (Applied Biosciences) method with a pair of site specific oligonucleotide primers. The PCR amplification products were obtained using 25 μL reaction system containing; 50 ng μL-1 genomic DNA, ddH20 15.7 μL, 5X buffer, dNTP, 0.5 μL of each primer, Mg CL2 and Taq Polymerase. After an initial denaturation at 95ºC for 5 minutes, DNA was amplified by 35 cycles for denaturation at 94ºC for 1 minute, different annealing temperatures for 1 minute (Table 1), followed by final elongation at 72ºC for 10 minutes. PCR products were separated and sized by electrophoresis on 1.5% agarose gel stained with ethidium bromide, at 100 V for 1 hour as standard. After electrophoresis the products were visualized under UV transilluminator. Restriction digestion was then carried out on amplified products using site specific restriction enzymes. The RFLP products were obtained using sterile Milli Q water 18μl, reaction buffer 2 μl, PCR products 10 μl, specific restriction enzyme 1 μl, and were then incubated for overnight at 37ºC (Table 1). The results were then analyzed on 2.5% agarose gel stained with ethidium bromide at 100 V for 1 hour.

Table 1: Depiction of Allele and Genotype Frequencies of 4 Candidate Genes in 3 Caste Groups.

We genotyped four SNPs,(PGC1 Alpha Gly482Ser, IRS 1 G972R, PI3K Met326Ile, KCNJ11 E23K) in a case-control cohort of Brahmins (200), Khatris (100) and Guptas (100) from Jammu population consisting 800 subjects including, 400 T2DM cases and 400 NGT controls matched for ethnicity and geographic origin. The information on chromosomal position and genomic locations of the investigated SNP, base change genotype, allele frequencies, and ORs is summarized in Table 2. Genotype distribution for all investigated SNPs was in Hardy-Weinberg equilibrium in both cases and controls. The genes containing SNPs that showed strong association with T2DM in our sample were PGC1 Alpha and PI3K. The frequencies of risk allele were significantly higher among diabetics than controls (Table 2). In Brahmins the Recessive model for odds provided a significant association of PGC1 Alpha with T2DM. (AA) genotype was observed to be associated with increased risk [OR 1.716 95%CI (1.32-2.210); P=0.002] AA vs. GA] for T2DM. [OR for khatris in PGC1 Alpha]: [OR 1.812 95%CI (1.27-2.57); P=.001], OR for Guptas [OR 1.673 95%CI (1.175-2.3824) P=0.04].

Genotypes of IRS 1 and KCNJ11 does not showed any significant association with T2DM as there lies no significant difference between allele and genotype frequencies in patients and controls in all the three ethnic groups.

Phosphatidylinistol 3 Kinase (PI3K) is a signalling molecule activated by insulin receptor substrate 1 (IRS) has a role in both insulin stimulated glucose uptake and in basal glucose transporter recycling [18]. There is a missense polymorphism in codon 326 of the gene for p85_, the regulatory subunit of PI3-K. Methionine is replaced by isoleucine [19]. The present study reported the association of the aforesaid SNP with the diseased phenotype, as their allele and genotype frequency showed significant difference in both the study groups and the phenotypes between patients and controls showed significant p value.

The pancreatic beta-cell adenosine triphosphate (ATP) - sensitive potassium channel (KATP channel), regulates insulin secretion through the coupling of glucose metabolism to membrane electrical activity [22]. The β-cell KATP comprises two different types of subunits, an ATP-sensitive, inwardly rectifying K+ channel (Kir 6.2) subunit [23] and a sulphonylurea receptor (SUR1) subunit [24]. Rare mutations in the genes encoding these two proteins (KCNJ11 and ABCC8, respectively) can result in hyper- as well as hypo-glycaemia [25] and common variants have been associated with Type 2 diabetes [26]. The E23K variant of KCNJ11 results from a G → A transition in codon 23. Analysis of the E23K variant in several Caucasian populations showed that KK homozygosity had a stronger association with T2D relative to EK heterozygosity or EE wild-type homozygosity [2]. In the present study, KCNJ11 E23K polymorphism did not showed any association with the disease T2DM. Yi et al. reported in their study that E23K variant of KCNJ11 has no significant effect on training-induced CV and glucose and insulin metabolism adaptations. Doi et al. in their study reported that Kir6.2 E23K polymorphism is an independent genetic risk factor for diabetes [27]. Kozarova et al. in their study did not found any significant relationship between polymorphism of five candidate genes for T2DM (IRS 1, PGC 1, KCNJ11, PPARG, TCF7L2) [21]. Ko et al. reported in their study that E23K polymorphism was not statistically significantly associated with Type 1 Diabetes in the Korean population [28]. Cejkova et al. in their study fails to confirm the association of Kir6.2 E23K polymorphism with T1DM, T2DM and LADA [29].

The insulin receptor substrate (IRS)-1 is an important component of the insulin signal transduction cascade [26]. IRS1 is significantly expressed in adipocytes and plays a dominant role in response to insulin signalling [30]. Insulin receptor substrate 1 plays a key role in transmitting signals from the insulin and insulin like growth factor-1 (IGF-1) receptors to intracellular pathways PI3K/ AKT and ERK MAP Kinase pathways. The G972R variant in IRS 1 gene is caused by switching of Glycerine (G) to Arginine (R) substitution at codon 972 [31]. Therefore, 972G/R polymorphism probably, exhibits functional consequences on insulin metabolic signalling In the present study, IRS1 972G/R polymorphism, has not shown any significant difference was observed in the allele and genotype frequency between patients and healthy controls. Lepretre et al. in their study found that candidate genes for T2DM (IRS 1, SUR, INSR, UCP, FABPR, PP1R3, Hβ3AR) does not showed any association with T2DM in Pondicherian population [32]. Abate and Chandalia, [33], found that IRS 1 variant is not associated with any change in insulin sensitivity in the Asian Indian populations from South India. Similarly, no association was observed in two Dutch cohorts of Netherland, Mexican population [34] and Parakana Brazilian (Paleo Indian derived populations) [35]. Florez et al. in their study reported no association between IRS1G972R polymorphism with T2DM [26]. Kozarava et al. carried out a study on 538 Slovakian diabetic patients to assess the relationship of five candidate gene (PPARG, PGC 1 Alpha, IRS 1, KCNJ11, TCF7L2) for type 2 diabetes mellitus (T2DM) and age at diagnosis of T2DM, and was found that no significant association was observed between these five candidate genes and age at diagnosis [21]. Dziwura et al. [31] in their study reported the association of G97R polymorphism of IRS1 with insulin sensitivity, salt sensitivity and hypertension.

It is important to highlight the limitations of this study, which includes small sample size and lack of study at biochemical level, as our study is purely based on the SNP analysis of the aforesaid candidate genes. To our knowledge this is the first report unfolding the association of these candidate genes in different ethnic groups (Brahmins, Khatris and Guptas) of Jammu region. However, further investigations and functional studies will be required to cross validate our results.

Copyright: © 2015 Sethi S, et al. This is an open-access article distributed under the terms of the Creative Commons Attribution License, which permits unrestricted use, distribution, and reproduction in any medium, provided the original author and source are credited. 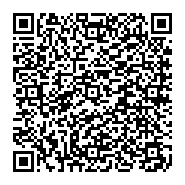