Introduction: Type II diabetes is a chronic disease which results from aspects such as complex inheritance interaction, obesity, and sedentary lifestyle. In India, diabetes is turning into an epidemic as currently, more than 62 million individuals suffer from the disease. To our knowledge, very few studies have evaluated the correlation between lipid profiles and glycated hemoglobin (HbA1c) in newly diagnosed type II diabetes patients with hypertension. The early detection of lipid abnormalities in these patients will help prevent the cardiovascular outcomes.

Objectives: To identify patterns of dyslipidemia among newly diagnosed type II diabetes mellitus (DM) patients with and without hypertension in Bengaluru (urban and rural) in Karnataka (South India); and to identify correlations between HbA1c levels and lipid profiles.

Methods: This was a cross sectional study involving 194 individuals in Bengaluru, India from the period of April to December 2017. Demographics, lifestyle habits and clinical features were analyzed for the presence of any interrelationship with the occurrence of diabetic dyslipidemia. One-way analysis of variance (ANOVA), followed by Tukey’s post hoc tests, Chi square and correlation studies were used to establish a significant level of association between the study parameters.

Results: Among non-diabetics, prediabetics, diabetics and diabetics with hypertension, there were significant differences in lipid profiles, as well as levels total cholesterol, triglycerides, high density lipoprotein (HDL), low density lipoprotein (LDL), very low-density lipoprotein, ratios of cholesterol to HDL and ratios of LDL to HDL. Positive correlations were observed between HbA1c and fasting blood sugar (FBS), and random blood sugar (RBS) in non-diabetics; whereas, in prediabetics, the RBS highly correlated with HbA1c and negatively correlated with HDL. In diabetics, both fasting and random blood sugar highly correlated with HbA1c, however, no significant correlation was observed between HbA1c and any of the tested lipid profiles in non-diabetics and diabetics. A strong correlation between HbA1c and lipid profiles was established.

Conclusion: An overweight diabetic man with poor glycaemic control, over the age of 46 years, having a desk job or working as a driver or businessman, with abdominal obesity, leading a sedentary lifestyle and having habits such as alcohol drinking and smoking is at high risk for developing hypertension.

Diabetes mellitus (DM), characterized by hyperglycemia, constitutes of a ‘group of chronic, hereditary, metabolic disorders’ affecting millions of people worldwide each year [1,2]. It complicated by nephropathy, dyslipidemia, retinopathy, cardiac and or cerebrovascular disease, and organ failure. There is a high rate of mortality among diabetics.

Determination of hyperglycemia is performed using random blood sugar (RBG), fasting blood sugar (FBG) and glycosylated hemoglobin (HbA1c). Of these, HbA1c is considered the standard routine indicator of glycemic control [3,4]. Moreover, HbA1c may forecast risks of the advancement of diabetic-related complications [2]. One of the most common complications is abnormal levels of serum lipids, also called dyslipidemia [1]. Many studies have attempted to identify patterns of dyslipidemia and their correlation with HbA1c. However, the results have been contradictory [5]. While some studies have shown that all parameters of lipid profile of diabetics correlate with HbA1c [6-8] others found no such correlation [9-11]. Hussain et al. [8] found a direct correlation between HbA1c and triglycerides and an inverse correlation between HbA1c and LDL in Afghani diabetics. Similarly, Khan [12] showed a direct correlation between HbA1c and LDL and TC in diabetics in Saudi Arabia. Maharjan et al. [13] showed that HbA1c was a predictor of dyslipidemia among type 2 diabetics. The predictive value of HbA1c varies among races and ethnicities because the rate of glycation and/or RBC life span differs among racial and ethnic groups [14,15]. There is also influence of genetic factors on HbA1c levels as shown by Snieder [16] in a study of healthy and diabetic populations. The previous contradictory findings, the fact that HbA1c levels are genetically determined and that their levels as a predicting factor differs among races and ethnicity, inspired us to undertake this study because is the diabetes capital of the world [17]. As such, it is critically essential to explore the possibility of a relationship of glycosylated hemoglobin and lipid profiles of individuals in the current context for early detection and timely action to reduce economic burdens associated with diabetes [11]. Moreover, our study is important because of the enormous numbers of people afflicted with diabetes and those likely to become diabetic. Our study aims to evaluate patterns of dyslipidemia among newly diagnosed type II DM patients with and without hypertension in Bengaluru (urban and rural) in Karnataka (South India) and to identify correlations between HbA1c levels and lipid profiles.

This is a cross sectional study conducted at the Shree Krishna Sevashrama Hospital, Bengaluru, Karnataka, India from April to December 2017. A total of 194 individuals was included in this study and matched for age and gender. After obtaining the Institutional ethical committee approval, informed consent was taken from all the individuals participated in this study.

The subjects were divided into four groups. The exclusion criteria for all the four groups included pregnant and lactating women. Group I (controls) and Group II (prediabetics) included individuals presenting for the ‘Master Health Checkup’ plan offered by the hospital. The inclusion criteria were as follows: Group I were ‘controls or non-diabetics’ with HbA1c equal to or below 5.6. Individuals with HbA1c in the range of 5.7 to 6.4 were grouped as prediabetics, forming Group II as per WHO criteria. Fifty-four apparently healthy individuals aged 21 to 70 years of either gender were selected as Group I (controls), while only 12 individuals aged 25 to 83 years with HbA1c in the range of 5.7 to 6.4 were considered Group II (prediabetics). Group III (Type II DM) consisted of seventy-two outpatients aged 31 to 74 years and newly diagnosed with type II diabetes mellitus (as per WHO criteria) with HbA1c 6.5 and above. This group also excluded patients without complications, including hypertension. Group IV (Type II DM + hypertension) included 56 inpatients age 30 to 68 years of both genders with newly diagnosed type II DM and with hypertension. The inclusion criteria for this group were HbA1c 6.5 and above, type II DM and hypertension. Figure 1 demonstrates the flow chart for the selection of study subjects. Informed consent was obtained from each individual. The study was approved by the ethics committee of the institution. 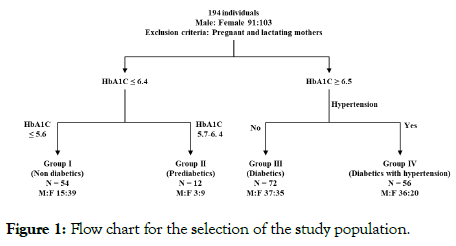 Figure 1: Flow chart for the selection of the study population.

The demographic study variables used for collecting data included age, gender, smoking and drinking behavior. The age and gender of the individuals were obtained from their hospital records. The health examination provided the anthropometric measurements, including weight and height that were used to calculate the body mass index (BMI). Weight was measured using an electronic digital scale, and height was measured using a wall-mounted stadiometer. BMI was calculated as weight (Kg) per height squared (m2). BMI was divided into standard four categories as follows: Under normal (<19 Kg/m2), Normal (19-24.9 Kg/m2), Overweight (25-30 Kg/m2) and Obese (>20 Kg/m2). The waist:hip circumference was considered the measure for abdominal obesity and was categorized by its presence (yes) or its absence as (no). Occupation and other lifestyle habits such as food types, alcohol intake, smoking habits and level of physical activity were individually recorded. Food type included vegetarian or non-vegetarian. Consumption of alcohol, recorded as yes, included both present and ex-drinkers. Similarly, smokers were recorded as yes, including individuals who currently smoke those who formerly smoked. The level of physical activity was categorized as sedentary with nil to almost nil physical activity, moderately active with medium levels of physical activity in their daily lives such as walking, and active included individuals who jog and walk.

Continuous variables were expressed as mean ± standard deviation, while categorical data were expressed as frequencies and percentages. Continuous data were converted to categories wherever convenient. A one-way ANOVA was conducted for the continuous variables to compare the means of the populations, followed by Tukey’s post hoc tests, and Chi square (χ2) tests were used for the categorical variables to evaluate the significance of the study parameters. The statistical difference between the groups was measured by ANOVA and among the groups which group specifically differed was measured by Tukey’s post hoc test. In this study, ANOVA along with Tukey’s test was chosen because of the unequal sample sizes between the groups. The correlations were measured using Pearson’s coefficient of correlation (r) between study variables. The results of all tests with p<0.05 were considered statistically significant. All statistical analyses were performed using the SPSS statistical package version 24.

Table 1: Descriptive statistics and ANOVA for the study variables.

Table 2: Correlation table between lipid profiles and HBA1c of non-diabetics.

Table 3: Correlation table between lipid profile and HBA1c of prediabetics.

Table 4: Correlation table between lipid profile and HBA1c of diabetics.

Table 5: Correlation table between lipid profile and HBA1c of diabetics with hypertension.

Table 6: Demographic data and lifestyle habits in non-diabetics, prediabetics, diabetics without and with hypertension.

Typically, dyslipidemia is characterized by elevated levels of lipid profile components, including TG, TC, LDL and VLDL excepting HDL, which follows the reverse trend [1]. Our lipid profile results in diabetics with hypertension completely matched those of dyslipidemics. The levels of all the lipid profile components are above the desirable levels for diabetics with hypertension, showing the progression of the spread of the harmful effects of diabetes to various body parts. The significant difference in the populations observed for the lipid profile of our sample populations was in accordance with the results of diabetics in studies bys Sultania et al. [5] and Meenu et al. [6].

One limitation of this study is its cross-sectional nature. Our study area covered only one hospital in Bengaluru, Karnataka with a limited sample size of 191 individuals. Nevertheless, we believe hospital caters to a random study population, representing the true population of Karnataka and South India.

In conclusion, an overweight diabetic male with an inadequate and poor glycemic control, over the age of 46 years, with a desk job, leading a sedentary lifestyle and with an abdominal obesity has a higher chance of developing diabetes with hypertension. Further, habits like alcohol consumption and smoking adds to the risk. Lifestyle interventions like increased physical activity, weight control, consumption of a healthy diet, moderate intake of alcohol and smoking cessation will help to control the glycemic and lipid parameters in these patients.

The study protocol was approved by the hospital ethics committee. No animals were used in this study. The authors have no ethical conflicts to disclose. All methods were followed according to the ethical standards of the responsible committee on human experimentation (institutional and national).

All subjects signed informed consent forms to be included in the study.

The authors have no conflicts of interest to declare.

The authors thank Sri Krishna Sevashrama Hospital, Bengaluru for giving us an opportunity to conduct this study. Special thanks to the Nursing Superintendent, Mrs. Judith Fernandes for her help in recording patient lifestyle habits and BMI.

This research received no specific grant from any funding agency in the public, commercial or nonprofit sectors.

Copyright: Â© 2019 Rao SN, et al. This is an open-access article distributed under the terms of the Creative Commons Attribution License, which permits unrestricted use, distribution, and reproduction in any medium, provided the original author and source are credited. 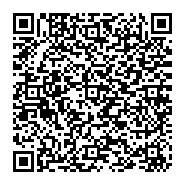