Determinants of Glycosylated Haemaglobin among Adults with Type 2 Diabetes Mellitus

Methods: A cross-sectional design was used. Simple random sampling was used to select 300 adults with T2DM in Oman in 2011. Ethical approval and hospital permission was completed from the Institutional Research and Ethics Committee. Informed consent was obtained from the participants. Chi-square and multiple logistic regression models with demographic and clinical characteristics as predictors of glycemic control (HbA1C) were used to analyze the results. Results: Nearly half percentage of the adults with T2DM had better or controlled HbA1C (<7%) while the rest had poor or uncontrolled HbA1C (>7%). Younger ages, females, higher education, non-tobacco users, short duration of diabetes, compliance with OHA and high waist-hip ratio predicted better control of HbA1C.

Diabetes mellitus has a significant impact on the lives of individuals, their families, and the health care system in Oman. More than 14% of Oman populations with T2DM had diabetic retinopathy, 27% had microalbuminuria and 50% had amputations in Oman compared to 11.6% of Saudis and 6.7% of Indians with retinopathy [8,9]. Among 7442 Type 1 DM and T2DM patients, only 22.8% had good glycemic control influenced by control of blood pressure, blood glucose and body mass index, while 77.2% did not have a good glycemic control [10,11]. Among 5000 adults with DM, it was found that smoking, insulin and waist-hip ratio influenced the control of HbA1C [4,12]. Studies have shown that lowering glycosylated hemaglobin or glycated heamaglobin (HbA1C) to below or around 7% soon after the diagnosis of diabetes has reduced microvascular and macrovascular complications than people with HbA1C at higher levels [13-15]. Hence HbA1C is widely used as a marker of evaluation of long term glycemic control in diabetic patients and predicts risks for the development and/ or progression of diabetic complications [16,17]. In our study the predictors influencing good glycemic control among adults with T2DM was explored to recommend best practices for diabetes care in Oman.

Assess the determinants associated with glycemic control or glycosylated hemaglobin among adults with T2DM in Muscat.

A cross-sectional research design was used to assess the determinants of glycemic control among adults with T2DM in Muscat.

All adults with T2DM attending public hospitals at Muscat were included in the target population. The sample size was determined using G*Power software with the intention to use multiple logistic regression (MLR) analysis [18]. The sample size was calculated at a power of 0.9 with a moderate effect size of 0.15 using 14 predictors (independent variables including socio-demographic and clinical characteristics) with alpha = 0.05, SD of 1% on two-tailed testing with 95% power. The effect size was computed with an expected difference (change in HbA1C of 0.07%) between the controlled and uncontrolled HbA1C groups (metric/variable) as clinically significant [19,20]. A sample size of 270 was needed with these input parameters. Thus, 300 adults with T2DM were recruited, assuming a 10% attrition rate.

Inclusion criteria included adults aged above 18 years diagnosed with T2DM as recommended by the American Diabetes Association's Guidelines [13,21] since 2 years. Adults, who were able to understand, communicate or converse in Arabic or English language. Exclusion criteria included participants will be excluded, if they are undiagnosed with T2DM, have known T1DM or have cognitive impairment or physical disability.

Clinical or physiological measurements: For this study, the HbA1C value will be categorized into controlled (good glycemic control) if HbA1C values are ≤7% and uncontrolled (poor glycemic control) if HbA1C values are ≥7% [21,13]. Hypertension was defined as a systolic blood pressure ≥140 mmHg and/or diastolic blood pressure ≥90 mmHg or being on antihypertensive medications [22]. Body mass index (calculated as weight in kilograms divided by the square of height in meters [Kg/m2]) was categorized as underweight (≤18.5Kg/ m2), normal (BMI 18 ≤ 25Kg/m2), overweight (BMI 25 ≤ 30Kg/m2) and obese (BMI ≥ 30Kg/m2). Waist circumference ≥94 cm (39 inches) for males and ≥80 cm (35 inches) for females was considered as a risk factor for DM. Waist-hip ratio ≥0.90 for males and ≥0.85 for females is a risk factor of increased HbA1C [23].

Socio-demographic characteristics survey (ten items) was used to describe the characteristics among adults with T2DM was developed by the investigators based on the literature review and study instruments. It contains questions about age, gender, formal education, smoking, duration of T2DM diagnosis, previous formal diabetes education etc.

Ethical approval was provided by the Ethics and Research Committee, College of Nursing and Sultan Qaboos University Hospital, SQU. Written consent was obtained from each participant, after providing a written letter explaining, the purposes of the study, the risks and benefits of participation, instructions and study questionnaires. Participants were assured of voluntary participation and free will to withdraw from the study at any time without any consequences. Anonymity was maintained between the investigator and the participant. All informed consents were stored and locked separately from data files in cabinets. Confidentiality was maintained by assigning code numbers to the data files.

All data were checked for high quality, directly pertinent to the main aims of the study, collected in a systematic and closely monitored manner. Data were entered into Statistical Packages for Social Sciences (SPSS) version 20 for comparing, analysis and auditing for accuracy. Data were screened for missing values, logical inconsistencies and extreme values. A confidence value of 95% and probability of <0.05 was considered statistically significant for all tests. Descriptive summaries of sample characteristics were used to describe the participants. Multivariate logistic regression (MLR) was used to assess the determinants associated with glycemic control. Standardized tools on demographic and clinical characteristics of diabetes supported by comprehensive review of literature were used to choose the variables in the study and are used as determinants of HbA1C. All these variables are used in the logistic regression model. Multi-collinearity is checked before the data analysis and is taken care of during the data analysis to avoid influence of highly correlated pairs of variables.

Socio-demographic characteristics and association with HbA1C

Clinical-physiological characteristics and association with HbA1C

The findings showed half percentage of the adults with T2DM were far from the ADA goals HbA1C (>7%) and have not achieved the targeted values. In another study 77.2% have poor glycemic control (N=7442) [10]. Higher HbA1C values may be related to rapid changes in lifestyles, urbanization, mobility and shift from rural labor-intensive jobs to employment in less strenuous office-based or industrial jobs leading to increased biological and behavioral risk factors [24].

The glycemic control was poorer among middle-aged adults with T2DM. There is an inverse relation between mean HbA1C and various age groups and those with ≥5 years of diabetes had higher mean HbA1C levels compared to those who had diabetes for <5 years [24]. Age influences early glucose tolerance over which individuals have no control [25]. In this study females showed more controlled HbA1C compared to the men. Women who have better glycemic control had significantly lower BMI, more support and confidence in living with diabetes (22% of the variance) [26]. In this study adults with higher education showed more controlled HbA1C. Younger age participants who were educated were more likely to follow self-care diabetes management. Non-tobacco users showed more controlled HbA1C compared to tobacco users. In another study heavy smokers and number of cigarettes used per day (>20 cigarette/day) increased among younger male diabetics (73.1%) compared to the older diabetics (67%; p<0.05) [27]. Smoking also significantly influences glucose control, if the individuals who smoked do not adhere to self-care management [25]. This shows younger ages, females, higher education, non-tobacco users, exposure to diabetes education program were associated with better glycemic control over which individuals have no control.

In this study increased BMI among adults with T2DM reflected better or controlled HbA1C. Obesity and overweight are significantly more prevalent among patients aged 40-59 years compared to those <40 or ≥60 years [24]. 83% of the T2DM (N=334) have poorly controlled Fasting Blood Sugar levels (FBS) and poor BMI (36.8%) with female predominance and <55 years [28]. One-fifth of the adult Omani population is obese (of which 36.8% are diabetics) [29,30]. Low education among Omani adults with T2DM are more likely to be centrally obese than those with a secondary or university education [12]. This shows obesity increases with low education. A 4-kg weight loss significantly reduces the risk of glycaemic decline early in the course of diabetes [25]. Hypertensives (60%) and obesity (26.4%) among adults with T2DM led to poorly controlled HbA1C (67%) [30,31,11]. Those with poor glycemic control are more likely to have hypertension than those well-controlled [25]. This shows overweight adults with high HbA1C are younger, motivated and educated to lose weight to significantly improve their early glycaemic control.

In this study low waist circumference (WC) and low waist-hip ratio (WHR) reflected better HbA1C. In another study the mean WC and hip circumference (HC) among 52% Omani males (89.7cm and 96.5cm) and 48% females (88.7cm vs 99 cm) respectively was high. More than one third of the Omani population have excess abdominal fat (i.e. centrally obese) while 64% have an abnormal/high WHR. Majority of the Omanis who are illiterate have a high WHR (78%), while 56% of those with university education have high WHR [12]. This shows females and those with low education are more liable for abdominal fat than males in the study.

In this study adults who reported that diabetes mostly prevented ADL and with moderate ability to manage diabetes had better HbA1C. Significant correlates of self-management (52% of the variance) includes older age, better integration of diabetes into daily life, less diabetesrelated distress, more support, confidence in living with diabetes, and better mental health functioning [26]. Almost half percentage of T2DM received care from a general practitioner while others were seen by a specialist [24]. 62% of the T2DM received advice from doctors regarding care during fasting/ Ramadhan [32]. There was poor interaction between Omani adults with T2DM and doctors and nurses [33]. This shows control of their HbA1C was similar among adults with moderate or mostly comfortable doctor-patient relationship due to increased diabetes management program, support and access to free health care facilities at all levels.

In our study younger age group, females, controlled blood pressure, and low body mass index had better glycemic control. Other studies show that there was a significant association between mean HbA1C and age groups, ≥5 years of diabetes, on OHA, BMI (overweight or obesity) and non-tobacco users was significant (p=0.001). Patients with normal BMI, on diet or insulin and with health care index score of <5 did not show significant trend in the mean HbA1C towards younger age groups (p>0.05) [24]. The diabetic males who are tobacco users, used more number of smoked cigarettes/day, and longer duration of smoking had longer duration of diabetes, higher diastolic blood pressure, and higher HbA1C and FBS significantly higher compared to younger diabetics [4,27].

Younger age, females, higher education, non-tobacco users, diabetes mostly prevented normal ADL, moderate ability to manage positively, mostly comfortable doctor-patient relationship and higher knowledge of diabetes and management of T2DM predicted increased achievement of controlled HbA1C. Short duration of diabetes, compliance with OHA and low waist-hip ratio predicted better control of HbA1C. Gender, education, perception of prevention of ADL, doctor-patient relationship, compliance with medications, and nontobacco users were predicted to impact glycemic control among adults with T2DM in Muscat. Knowledge of determinants influencing early glycemic control can be used by diabetes nurses educators (DNE) to provide targeted interventions to those at greatest risk of short- or long term complications. These have direct impact on the economic state of patients and families. These results can be utilized by DNE to emphasize management, motivation and reinforcement in adhering to self-care activities and efficacy in self-management of diabetes. The role of the DNE in ongoing assessment, continuous monitoring, close supervision, reinforcement of education and prevention of complications among adults with T2DM is important. A supervised culturally tailored individualized self-management by the DNE is important to achieve tight or good control of T2DM among these adults in Muscat.

The strength of this study is the consistency of the results with research studies related to HbA1C among adults with T2DM in Oman. This study is limited by the cross-sectional design and is not causal or effect study or measure of temporal changes. Many factors that can influence HbA1C levels (e.g. co-morbid conditions, physical activity index, genetically inherited hemoglobinopathies, income, marital status, employment, health literacy, social support system) have not been studied.

Copyright: © 2013 D’souza MS, et al. This is an open-access article distributed under the terms of the Creative Commons Attribution License, which permits unrestricted use, distribution, and reproduction in any medium, provided the original author and source are credited. 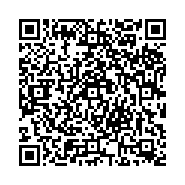