Diabetes Mellitus Type 1, Latent Autoimmune Diabetes of Adults and Hepatitis C Virus: What we Know and what we Need to Know

Hepatitis C Virus (HCV) infection is the major cause of chronic liver diseases in western countries. It leads to liver cirrhosis, end-stage liver dysfunction and hepatocellular carcinoma. In addition HCV-related liver cirrhosis is the major cause of liver transplantation. According to the World Health Organization about 150–200 million people worldwide are HCV-infected. Almost 4 million and 1.5 million people in the USA and Italy, respectively, are chronic carriers of HCV and the prevalence reaches a peak in older subjects [1,2]. Also the prevalence of diabetes mellitus is alarming. In fact, in 2008 almost 177 million people were estimated to be affected by diabetes worldwide, and this number is expected to double in 2030, and to increase in young people especially in developing-countries [3]. The World Health Organization estimate published in 2013 is already more pessimistic. In fact, today more than 300 million people are estimated to be affected [1].

First Question: When can we Diagnose a Glucose Disorder as Autoimmune Diabetes Mellitus?

The term “diabetes” refers to a cluster of pathologic chronic conditions that share the same clinical manifestation, namely impaired fasting glucose. This clinical feature is related to an impairment of insulin metabolism, either due to lack of insulin secretion or to peripheral insulin resistance or both [4]. According to the American Diabetes Association guidelines [4], diabetes is diagnosed when at least one of the following criteria is fulfilled:

• Typical symptoms of hyperglycemia or of a hyperglycemic crisis associated with a random plasma glucose ≥ 200 mg/dl.

Diabetes mellitus type 1, formerly known as insulin-dependent diabetes or juvenile diabetes, is characterized by immune-mediated destruction of pancreatic β-cells consequent with interactions between genetic susceptibility and environmental factors. Genetic susceptibility is associated with the HLA (Human Leukocyte Antigen) DQ region that accounts for about 40% of genetic risk [3]. The haplotypes most often involved in this phenomenon are DQA1-0301, DQB1-0302 and DQB1-0201 [3]. In susceptible individuals, exposure to environmental factors, including viral infections, can activate the immune system and cause the autoimmune-mediated destruction of the pancreatic cells that govern insulin secretion [6-8]. In addition to the above- mentioned viral agents also echovirus and cytomegalovirus may trigger the autoimmune destructions of pancreatic beta cells [9-11].

The patient becomes symptomatic only when about 80% of β cells are destroyed. Most patients affected by T1DM tested positive to antibodies against islet cells (ICA), insulin (IAA), glutamic acid decarboxylase (GADA), tyrosine phospatase (IA-2) and zinc transporter 8 (ZnT8) at the time of diagnosis. The diagnostic specificity of GADA, IAA, IA-2 and ZnT8 is 99%; GADA has the highest diagnostic sensitivity, namely 70-90% [9]. Besides their diagnostic value, pancreatic autoantibodies could help to identify people with an increased risk for developing the disease, particularly the first-degree relatives of diabetic patients [10].

Type 1 diabetes mellitus commonly affects young people, being one of the most common pediatric endocrinopathies [11]. It has a peculiar geographic distribution: its incidence is higher in north European countries (e. g. 35.3/100,000 inhabitants in Finland) than in Asia (1/100,000 inhabitants), whereas it is intermediate in the USA (8/100,000 inhabitants) [9]. In a Mediterranean country such as Italy, the reported prevalence ranges between 0.4% and 1‰ of the general population [12-15].

Latent Autoimmune Diabetes of Adults (LADA) is a form of adult autoimmune-mediated diabetes that phenotypically and genetically is intermediate between T1DM and T2DM [16,17]. Its diagnostic criteria are still controversial. The most widely accepted criteria, according to the Immunology of Diabetes Society (2004) [17] are: age over 30 years, presence of one or more diagnostic circulating autoantibodies and lack of requirement for insulin at least 6 month after diagnosis. Like patients with T1DM, subjects affected by LADA undergo destruction of β-cells. However, the onset age is higher and the progression of damage slower respect to T1DM, so that treatment with insulin might be delayed.

Latent autoimmune diabetes in adults occurs in individuals over 30-35 years of age and its clinical features are similar to those of T2DM, except LADA patients do not usually show classic predisposing risk factors such as obesity [18]. Detection of immunological markers is crucial for diagnosis: the autoantibodies are the same as those found in patients with T1DM, i.e. ICA, GADA, IAA, IA-2, anti-ZnT8. GADA appear earlier and persist longer than the other autoantibodies, and consequently it is possible to make a retrospective diagnosis [17]. The titer of GADA fluctuates over time and is no longer detectable 12 years after diagnosis [19]. Thus, several cases of “old” LADA forms are misdiagnosed as T2DM forms because of the disappearance of circulating antibodies. Thus, it has been assumed that LADA represents about 10-15% of all cases of non-insulin-dependent diabetes.

Since the detection of autoimmune antibodies can be expensive for some countries, a diagnostic algorithm has been devised in individuals who do not have risk factors for T2DM, detecting the plasma C-peptide and insulin levels and subsequently detecting GADA titer only in patients with reduced levels of C-peptide and insulin [18].

Type 2 diabetes mellitus is the most common form of diabetes throughout the world. Its prevalence is about 2.7-3% [22]. It results from the interaction between genetic factors which are not yet well known and environmental risk factors such as obesity and sedentary habits [23]. It mainly affects subjects over 40 years of age, although an increase of the disease has recently been observed in young people, children included [24].

√ An increase in endogen glucose production.

The exact temporal sequence of these alterations remains to be established. However, it is probable that the increase in the number and function of fat cells plays an important role in reducing the sensitivity of peripheral tissues to insulin, thereby provoking hyperglycemia and compensatory hyperinsulinemia [25]. As a consequence of liver gluconeogenesis, glucose production worsens hyperglycemia by causing the release of free fatty acids into the bloodstream. Free fatty acids reach the liver thereby resulting in an accumulation of hepatic triglycerides, which in turn causes steatosis and, possibly, alteration of liver function, as well as an increase of circulating levels of atheromatous very low density lipoproteins. When the compensatory ability of β-cell fails and insulin levels can no longer maintain glucidic homeostasis, the classic diabetes symptomatology occurs (polyuria, polyphagia, polydipsia, up to hyperosmolar coma).

Recently, research has focused on the metabolic syndrome [26], defined as a cluster of strictly correlated clinical features, in which insulin resistance is the common pathogenetic determinant. The risk of developing T2DM and cardiovascular disease is very high. The “central axis” of adiposity, expressed as waist circumference, together with visceral fat and hepatic fat (non-alcoholic fatty liver disease and non-alcoholic steatohepatitis, is the most common feature associated with insulin resistance and metabolic syndrome. Since the metabolic syndrome has reached pandemic proportions (e.g. in the USA the ageadjusted prevalence is estimated at about 23%), it will probably become a major cause of morbidity and mortality in the near future.

While T1DM can be easily distinguished from T2DM, it can be more difficult to differentiate Type 2 LADA from T2DM since many patients have very low or absent titer of serum autoimmune antibodies.

Third Question: Is there a Link between Type 1 Diabetes Mellitus, Latent Autoimmune Diabetes and HCV Infection?

Since the first report published in 1994, many epidemiological studies have confirmed the association between HCV infection and T2DM [27-46]. The prevalence of T2DM is higher (ranging from 20 to 50%) in HCV-infected patients than in patients with not HCV-related chronic liver disease or in the general population. Moreover, in the setting of HCV-infected patients, the prevalence of diabetes mellitus seems to be significantly higher in the patients with advanced liver disease (cirrhosis) than in patients with chronic hepatitis (without cirrhosis) [46]. The problem is not negligible; in fact, it has been estimated that about 47 million people worldwide (750,000 people in the USA) may have diabetes mellitus associated with HCV infection [47]. Insulin resistance has been implicated in the association between HCV and T2DM [48]. The pathogenetic mechanisms of insulin resistance in HCV-positive patients are probably multiple and are based on a triangular interaction between steatosis or fatty liver disease (detected in about 50% of HCV-positive patients, particularly if infected by genotype 1 or 3), chronic inflammatory state of liver (mediated by the activation of macropahges and/or other immune cells plus increased production of pro-inflammatory cytochines) and lastly the inhibition of the insulin signaling pathway [48]. In contrast, little is known about the possible relationship between HCV infection and autoimmune diabetes (T1DM or LADA). Only two studies reported that acute or chronic HCV infection can be associated with the development of T1DM in patients without risk factors for diabetes [49,50], whereas the onset of T1DM has been reported in patients with chronic C hepatitis only after starting antiviral treatment with interferon (plus ribavirin) [51].

The association between HCV infection and autoimmune diabetes seems to be biologically plausible. In fact, T1DM is thought to result from an interaction between host genetic susceptibility and environmental factors, viruses included. Since HCV is found in pancreatic beta-cells and leads to a reduction of glucose-stimulated insulin release [52], it is feasible that HCV initiates the process that leads to the destruction of pancreatic cells. Accordingly, homologies have been found between an HCV polyprotein and the pancreas antigens GAD65 and IA2. These homologies could drive a mechanism of molecular mimicry; the immune system would attack hepatic cells infected by the virus and also the pancreatic cells that present the homologous self antigen [53]. This hypothesis is not in line with the few epidemiological studies reported so far. In the setting of HCV-infected patients the incidence of T1DM seems to be lower than the incidence of T2DM [48] and the prevalence of autoimmune pancreatic markers (GADA, ICA and IAA) does not seem to differ significantly from that of the general population [50,54-56]. The prevalence of pancreas-associated autoantibodies (including GADA) in HCV-infected patients, which at baseline (before antiviral treatment) is about 3%, increased to 7% only during or after interferon therapy [55]. Only one study reported a significantly increased prevalence of IAA, albeit at a low titer, in HCV-infected patients before antiviral therapy (42% of the sample) versus control subjects (2%). These titers did not change during antiviral therapy and no patient developed diabetes [56]. The authors postulated that HCV can trigger the production of IAA by polyclonal immunocyte activation without inducing an autoimmune attack in the pancreas; only antiviral therapy with interferon could amplify the pancreatic autoimmune aggression in these patients [56]. Increased production of autoantibodies against β-cells (i.e. GADA, IA2), which are considered a hallmark of LADA, in patients with HCV-related chronic hepatitis/cirrhosis could be hypothesized, but has not been confirmed [57].

Given that many cases of LADA could be missed after autoantibody disappearance, we wonder how many HCV-infected patients with an “old” history of T2DM are affected by LADA. Prospective, but unfortunately expensive, studies could clarify this question. In a preliminary study (unpublished data) of 51 HCV-infected patients (42 of them with chronic hepatitis and 9 with cirrhosis) routinely screened for pancreatic autoimmunity, we found that the rate of subjects tested positive to pancreatic autoantibodies (namely GADA, ICA and IA2) was higher (23.52%) than previously reported in literature [57], independent of antiviral therapy.

In conclusion, we know a lot about HCV and metabolic disorders including T2DM, but the link between HCV and autoimmune diabetes remains obscure.

Copyright: © 2013 Tosone G, et al. This is an open-access article distributed under the terms of the Creative Commons Attribution License, which permits unrestricted use, distribution, and reproduction in any medium, provided the original author and source are credited. 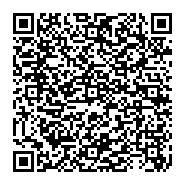