Introduction: The aim of this study was to assess relations between total ghrelin concentrations, PSA levels and other metabolic parameters in patients with Benign Prostate Hyperplasia (BPH) and in patients with BPH and coexisting Type 2 Diabetes (T2D) due to estimate its diagnostic value.

Discussion: We conclude that reduced concentration of PSA in subjects with coexisting T2D may delay the diagnosis and treatment of BPH in these patients. Further studies are needed to assess the diagnostic role of serum ghrelin levels in diabetic men with BPH.

Ghrelin is the gastric peptide consisting of 28-amino acid which exerts its action through the Growth Hormone Secretagogue Receptor (GHS-R) in the hypothalamus [1]. Ghrelin plays an important role in the regulation of food intake, body weight and fat deposition and is mainly secreted from oxyntic cells (X/A-like cells) of the stomach [1,2]. However, ghrelin is also produced in other organs, such as pancreas, kidney, adrenals and gonads [3]. Ghrelin was shown to induce cell proliferation by activation of the mitogen activated protein kinase cascade in prostate, adrenal, preadipocytes, and pancreatic cells [4- 9]. Development of Benign Prostate Hyperplasia (BPH) or Prostate Cancer (PC) is associated with disruption of the dihydrotestosterone (DHT) homeostasis, which include testosterone synthesis in testes and adrenal glands, conversion of testosterone to DHT, transport of DHT to target tissues, and binding of DHT to its target receptor and consequent modulation of genes [10]. Expression of ghrelin and its functional receptor were observed in testicular tumors and in normal human testis [7,11]. It was shown that in the testis ghrelin might contribute to the regulation of Leydig cell development by decreasing the expression of the gene encoding stem cell factor, a key mediator of spermatogenesis [12]. The proposed role of ghrelin in the regulation of testicular function and documented expression of ghrelin and its receptors in testis, suggests a role of ghrelin in the continued prostate growth. However, very little data are available on the serum total ghrelin concentration in patients with BPH [13]. The best known and most widely used marker describing the status of the prostate is the Prostate Specific Antigen (PSA). This protein is produced by cells of the prostate gland. The binding of the DHT/androgen complex to specific androgen response elements in prostate causes the production of prostate-specific antigen and other regulatory proteins that modulate prostate growth and cellular function [10]. The blood levels of PSA are often elevated in men with PC [14], and the measurement of serum PSA concentration in conjunction with a Digital Rectal Exam (DRE) was approved by the FDA in 1994 to test men for prostate cancer [15]. However, the PSA test may give false-positive or false-negative results. A false-positive test result occurs when a PSA level is elevated but no cancer is actually present [15,16] and in clinical practice often leads to additional medical procedures, such as a prostate biopsy, which may be associated with side effects such as serious infections, pain, and bleeding [17]. A false-negative test result occurs when a PSA level is low even though by clinical examination PC has been recognized [18]. Thus, PSA screening as a base for PC diagnosis is controversial, especially in patients with diabetes mellitus. It has been found that diabetic men have lower serum Prostate-Specific Antigen (PSA) concentrations and are less likely to be diagnosed with prostate cancer [19,20]. It was shown that insulin may stimulate testosterone production and may have an inhibitory effect on the production of Sex Hormone Binding Globulin (SHGB) [21,22]. Previous studies have demonstrated lower SHBG levels in subjects with type 2 diabetes [23] Moreover, several studies have indicated that hyperinsulinaemia is related to the development of benign prostatic hyperplasia [24-26] and prostate cancer [27,28] as a potent growth factor stimulating cell division.

Ghrelin and its receptors are expressed in the pancreas [29] indicating that ghrelin may regulate insulin secretion in an endocrine and/or paracrine manner [30]. Moreover, population studies have shown that ghrelin levels are associated with insulin concentrations, prevalence of T2D as well as with multiple diabetic complications [31,32]. The suggested influence of the circulating ghrelin on both the insulin secretion and cell proliferation indicate that ghrelin may be a link between the T2D and the development and progression of prostatic disorders. Therefore, the present study was designed to characterize the association between serum total ghrelin and metabolic parameters in patients with BPH and in patients with BPH and coexisting type two diabetes.

The study group consisted of 67 unrelated patients. In all cases, BPH was diagnosed by PSA test in conjunction with DRE. Men with BPH did not use hormonal therapy. The control group consisted of apparently healthy patients without lower urinary tract symptoms, with normal PSA blood levels, and without any signs of T2D, declaring not taking any medications within at least three months before the present study. All individuals provided written informed consent prior to inclusion in the study. The study protocol was approved by the Ethics Committee at the Medical University of Warsaw. All participants underwent a comprehensive medical evaluation including clinical history and urological examinations. In all subjects anthropometrics measurements (body weight, height and BMI) were performed, and total Prostate-Specific Antigen (PSA) levels, insulin, HbA1C, C-peptide, transaminases, creatinine and lipids levels were assessed. Peripheral fasting blood samples were collected in commercially available vacuum tubes. Fasting Plasma Glucose (FPG) was determined by the glucose oxidase method and glycated hemoglobin (HbA1c) was determined with HPLC method [33]. Enzymatic methods were used to determine concentrations of total cholesterol (Chol) and triglycerides (TG). HDL-cholesterol was measured after precipitation of apolipoprotein B containing lipoproteins, and LDL-cholesterol level was calculated using Fridewald formulae [34]. Blood levels of PSA were measured in fresh serum using the automated chemiluminescence system.

For maximum protection of ghrelin following venipuncture each blood sample was preserved with addition of Pefabloc to a final concentration of 1 mg/mL in accordance with Millipore Human Ghrelin ELISA kit recommendation. In addition aliquots of serum samples were transferred into separate tubes and acidified with HCl to a final concentration of 0.05N and frozen at –80°C for later determination of ghrelin. Serum total ghrelin concentrations were measured using immunoenzymatic tests (Millipore, St. Charles, Missouri, USA). The method for total ghrelin determination has been characterized by specificity of 80%; sensitivity of 5 pg/ml; intraassay reproducibility CV of 0.9–1.9% and interassay CV of 5.2–7.8%.

The data were analyzed using Statistica Software, version 10.0 (StatSoft Inc.). Quantitative variables were expressed as mean ± standard error (SE) of mean. Baseline characteristics and the differences between diabetics with BPH and non-diabetics with BPH have been assessed using t-test. Analysis of variance (ANOVA), Tukey post-hoc analysis and the t-test were applied to test the differences in studied parameters across the three groups of subjects. Correlations between two continuous variables were calculated with the use of Pearson’s correlation. A p value of <0.05 was considered statistically significant.

Elevated blood ghrelin concentrations have been observed in anorexia nervosa [35,36] while decreased levels in obesity [37-39]. The role of ghrelin in pathogenesis of T2D has been indicated and fasting plasma concentrations of total ghrelin were lower among patients with T2D compared to subjects without T2D [40]. Tong et al. [41] showed that exogenous ghrelin reduces glucose-stimulated insulin secretion and glucose disappearance in healthy humans. On the other hand, chronic hyperinsulinemia possesses an oncogenic potential [42]. Insulin can directly stimulate cell proliferation as well as by increasing the levels of circulating IGF-I (insulin-like growth factors) [42]. Thus hyperinsulinemia can promote both BPH and PC [43,44]. Although ghrelin has been shown to induce PC cell proliferation in in vitro studies [7], its potential role in the diagnosis of PC was till now not demonstrated [45]. It suggests that ghrelin may regulate prostate hyperplasia in paracrine rather than in an endocrine manner. Very limited data are available on the role of ghrelin in benign prostate hyperplasia [13]. The usefulness of serum PSA measurement in prostate cancer diagnosis is well accepted [14]. However, according to the clinical observation there is a subgroup of men with low serum PSA, but actually with biologically aggressive PC and the relationship between PSA and clinical outcomes, including recurrence and death, in patients with serum PSA levels in normal range were explored in several studies [46-48]. Occurrence of PC progression despite very low PSA levels [49] indicates that new, more sensitive biomarkers to improve the diagnosis of BPH and PC, especially in patients with T2D are needed. Due to the fact that patients with coexisting T2D have reduced PSA concentration [20], diagnosis and treatment of BPH can be delayed. In our study we have shown that diabetic men with BPH had similar PSA levels as controls (without BPH) and serum levels of PSA were lower in patients with BPH and coexisting T2D than in non-diabetic BPH patients. Moreover we demonstrated that there were no statistically significant differences in total ghrelin concentrations between diabetics with BPH, non-diabetics with BPH and controls, and ghrelin levels were not associated with the higher risk of BPH. Even though ghrelin and its functional receptor are highly expressed in PC, its role in the diagnosis of BPH was not demonstrated in our study. However, we observed significant positive correlation between serum PSA and total ghrelin in non-diabetic subjects with BPH. In our study we have measured only the concentration of total ghrelin. There are known two main isoforms of grelin - acyl ghrelin (AG) and desacyl ghrelin (DAG). Both hormones are secreted into the blood. AG at first was considered the active isoform of ghrelin whereas DAG was considered inactive isoform [50]. There is now an evidence that both isoforms have independent effects and they might compete at receptor level [51]. Screening tests towards PC, based on new biomarkers, especially in subjects with T2D seem to be a great purpose. Therefore further studies are needed to determine whether circulating total ghrelin, acyl ghrelin (AG) and desacyl ghrelin (DAG) levels are associated with promoting prostate hyperplasia.

This work was supported by the Medical University of Warsaw Grant 2W4/ PM21D/14.

Copyright: ©2015 Wrzosek M, et al. This is an open-access article distributed under the terms of the Creative Commons Attribution License, which permits unrestricted use, distribution, and reproduction in any medium, provided the original author and source are credited. 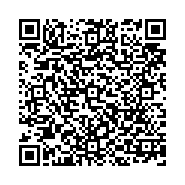