Introduction: In diabetes therapy, a great attention is paid on lowering blood glucose levels and lipid regulating mechanisms of various medical agents including animal toxins. Honey bee venom reduces blood glucose level through increased insulin secretion and glucose take-up. It also has lipid regulating activity verified in several other studies. For that reason, bee venom could be considered as a potential remedy for diabetes. This study aims to investigate the effect of Mongolian honey bee venom on hyperglycemia and hyperlipidemia in alloxan induced diabetic rabbits.

Material and method: Twenty two Chinchilla rabbits were divided into three groups: the control (n=6), the diabetic (n=8), and the bee venom treated (n=8) groups. The diabetic group was injected with a 5% solution of Alloxan monohydrate at100 mg/kg intravenously via the marginal vein behind the ear for 2 minutes to induce the diabetes. The bee venom treated group received a bee sting (a sting contains 0.2-0.5 ml of bee venom) on their hind paw every other day after the confirmation of diabetes.

Conclusion: Bee venom lowers blood glucose levels and improves lipid profile in alloxan-induced diabetic rabbits and can be considered as a therapeutic agent for diabetes. Further studies should be carried out to determine the most appropriate bee venom dose for the best therapeutic effect.

Diabetes is a metabolic disorder that is characterized by chronic high blood glucose levels that causes complications in the eyes, kidneys, heart, vessels and nerves. Another serious pathogenesis of diabetes is an abnormal lipid profile indicated by low levels of HDL and high concentration of triglyceride and LDL. Hence the potential remedy for diabetes not only needs the blood glucose levels lowering action, but also lipid regulating effect.

Major component of bee venom are melittin and phospholipase A2, a polypeptide and an enzyme that increase insulin secretion from pancreatic β-cells via depolarization of beta cell membrane [1]. Another potential mechanism for bee venom blood glucose and cholesterol reducing action is lipolytic properties of BV. The components partially lyse cell membrane which increases glucose transport and lipid takeup into adipose tissue. Based on the above properties, BV could be considered as a therapeutic agent for diabetes. This study aims to investigate the effect of Mongolia’s bee venom on blood glucose, cholesterol, low density lipoprotein and high density lipoprotein levels in diabetic subjects.

Twenty two Chinchilla rabbits weighting around 1.7-2.5 kg were obtained from “Biocombinat” animal farm based in Ulaanbaatar, Mongolia. Subjects were divided into three groups: the control (n=6), the diabetic (n=8), the bee venom treated (n=8) groups. This experiment continued for 14 days.

The first group of healthy rabbits was injected with distilled water 2 ml/ kg every other day. The rabbits form the second group was injected with a 5% solution of Alloxan monohydrate (Sigma Chemical Co., USA), a single dose at 100 mg/kg intravenously via marginal ear vein for 2 minutes to induce diabetes. One to two minutes later a 0.9% NaCl solution 7 ml/kg to body weight was injected intravenously to prevent nephropathy. 27.5% glucose (3.5-4 ml/kg) was administered subcutaneously 4 and 6 hours after injection to offset transient hypoglycemia developing after alloxan treatment [2,3]. Blood glucose level at 15 mmol/l and higher reveals the diabetic condition.

The third group which was treated with bee venom, received a bee sting (a sting contains 0.2-0.5 ml of bee venom) on their hind paw every other day after confirmation of diabetes.

Blood samples from all groups were collected on days 1,3,7 and14 in a fasting state from rabbits’ marginal ear vein by 26 G needle and syringe [4]. Blood glucose levels, plasma cholesterol levels, triglyceride levels, LDL and HDL levels were determined by “Humylazer 2000” analyzer (Human, Germany).

The values were expressed as mean ± S.E.M, Statistical analyses were performed by SPSS-16one-way analysis of variance (ANOVA), followed by post-hoc Tukey’s test for multiple comparisons. P<0.05 was considered as significant.

The bee venom treatment lowered plasma glucose, cholesterol, triglyceride, and LDL levels; and increased HDL levels in diabetic rabbits compare to untreated diabetic group. Our results were consistent with findings of Mousavi et al. which also confirmed hypoglycemic and hypolipidemic activity of bee venom in diabetic mice [6]. In another study, bee venom reduces glycaemia and cholesterolemia in healthy subjects depending on the inoculated dose [7]. These effects could be attributed to melittin and phospholipase A2, a polypeptide and an enzyme that altogether make up to 62% of the bee venom. One mechanism for BV to lower blood glucose levels is through the suppression of beta cell inflammation [8] and direct stimulation of insulin secretion [1,9]. Fujimoto et al. studied agonist properties of phospholipase A2 and melittin and discovered that they induce monophasic release of insulin from beta cell [9]. Melittin initiates membrane depolarization which leads to increased inflow of ??2+ ion to beta cells, through calcium channel depending on the extracellular calcium [10,11].

According to Ginsberg (1996), another possible strategy to treat diabetic dyslipidemia is to link glucose and fatty acid metabolism by improving insulin action in fat cells which result in lower LDL, triglyceride and in increased HDL levels [12]. The bee venom’s phospholipase A2 partially lyses cell membrane due to its enzymatic action on the plasmatic lipoproteins [13]. This activity increases glucose transport and lipid take-up into adipose tissue through partial lyses of adipocytes membrane and binding of higher number of insulin molecules [14]. Some studies suggest that bee venom phospholipase A2 has higher affinity to the plasmatic lipoproteins and exerts its cytotoxic effect by generating free fatty acids and lisophospholipids, thus free cholesterol in HDL is esterified [15]. Phospholipase A2 enzymatic action plays the central role in the described mechanism for reducing cholesterol, triglyceride, LDL and in increasing HDL; and regulating a lipid profile.

2. Mongolian bee venom exerts hypolipidemic activity on alloxaninduced diabetic rabbits due to improvement of lipid uptake into adipose tissue and hydrolysis of triglyceride.

3. Mechanisms of bee venom for lowering blood glucose and plasma lipid in diabetic subjects should be studied further.

Compared to this study, Other researches on bee venom’s action on blood glucose levels, plasma cholesterol levels, and triglyceride levels used about 2-12 times higher doses of bee venom. Therefore further studies on the most appropriate dose of bee venom for the best therapeutic effects on the diabetes shall be studied.

I would like to express my gratitude to supervisors PhD Sarantsetseg B., for the guidance and help provided to me on this research. Also, I thank PhD Batgerel L., laboratory assistant Dolgor S. and my daughter Solongo for their technical support and time devoted to helping me throughout this study.

Copyright: © 2015 Khulan TS, et al. This is an open-access article distributed under the terms of the Creative Commons Attribution License, which permits unrestricted use, distribution, and reproduction in any medium, provided the original author and source are credited. 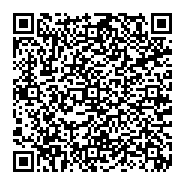