Effects of Quercetin Administration on the Pregnancy Outcome of Diabetic Rats

Objective: Investigate the effects of diabetes and treatment with quercetin on the maternal reproductive performance and impact on foetal growth.

Study design: A total of 32 female Wistar rats were distributed into four groups: non-diabetic (G1); non-diabetic treated with quercetin (G2); diabetic (G3) and diabetic treated with quercetin (G4). At day 21 of pregnancy, each rat was anesthetized and humanely killed for laparotomy; was observed reproductive performance, foetal and placental weights and the placental index. Maternal and foetal data were analysed by ANOVA followed by the Tukey test. Foetal weight classification was assessed by Goodman’s test.

Diabetes mellitus is a syndrome characterized by an absolute or relative deficiency of the action of insulin in target organs, resulting in the exposure of all tissues to chronic hyperglycaemia [1]. This deficiency in insulin action, which is the common basis of diabetes, causes characteristic abnormalities in the metabolism of lipids, proteins and carbohydrates, resulting in high concentrations of glucose in the blood, featuring hyperglycaemia with metabolic disorders [2].

Streptozotocin (STZ), an antibiotic produced by Streptomyces achromogenes, is a frequently used agent in experimental diabetes. In STZ-induced type 1 diabetes, hyperglycaemia and oxidative stress have been implicated in the aetiology and pathology of disease complications [3]. The mechanism by which STZ destroys cells of the pancreas and induces hyperglycaemia is still unclear. One of the actions that have been attributed to STZ is the depletion of intracellular nicotinamide dinucleotide (NAD) in islet cells. In addition, STZ has been shown to induce DNA strand breaks and methylation in pancreatic islet cells. Chemicals with antioxidant properties and free radical scavengers were shown to prevent pancreatic islets against the cytotoxic effects of STZ or alloxan, another agent that induces experimental diabetes [4] because inhibit the formation of free radicals: in the initiation (by interacting with superoxide ions), the formation of hydroxyl radicals (by chelating iron ions) and lipid peroxidation (by reacting with lipid peroxyl radicals) [5].

Flavonoids are a group of naturally occurring compounds widely distributed as secondary metabolites throughout the plant kingdom. They have been recognized for having interesting clinical properties, such as anti-inflammatory, antiallergic, antiviral, antibacterial, and antitumoural activities [6].

One of these flavonoids, quercetin (3,5,7,3,4-pentahydroxyflavone), prevents oxidant injury and cell death via several mechanisms, such as scavenging oxygen radicals [7,8] protecting against lipid peroxidation [9] and chelating metal ions [10]. Quercetin is capable of inhibiting biomolecule oxidation and it can alter antioxidant defence pathways in vivo and in vitro [11]. Quercetin is present in many plants, such as Camellia sinensis, Allium sativum, Capsicum frutescens, Ginkga biloba and Hypercium perforatum, which are used for the treatment of diabetes [12]. Quercetin often comprises a major component of the medicinal activity of these plants and it has been shown in experimental studies to have numerous protective effects on the body [12].

Pregnancy complicated by poorly controlled diabetes is associated with an increased risk of abortion, congenital malformations and perinatal mortality [13]. Diabetes mellitus is a state of chronic hyperglycaemia and a major cause of serious micro and macrovascular diseases, affecting, therefore, nearly every system in the body. Growing evidence indicates that oxidative stress is increased in diabetes due to the overproduction of reactive oxygen species and the decreased efficiency of antioxidant defences, a process that starts very early and becomes worse over the course of the disease [14].

The aim of the present study was to investigate the effects of diabetes and treatment with quercetin on the maternal reproductive performance and foetal and placental development of rats.

Six-week-old female and male Wistar rats, weighing approximately 190 g and 220 g, respectively, were obtained from São Paulo State University (UNESP) at Botucatu, São Paulo State, Brazil. During the 3-week acclimatization period and the experimental exposure periods, the rats (four per cage) were maintained in an experimental room under controlled conditions of temperature (22 ± 2 °C) and humidity (50 ± 10%), with a 12-hour light/dark cycle and ad libitum access to a commercial diet (Purina® Rat Chow, Purina, Brazil) and tap water. A total of 32 rats were randomly distributed into four groups (n = 8 each): G1= non-diabetic, G2= non-diabetic treated with quercetin, G3= diabetic and G4= diabetic treated with quercetin. The Experimental Ethical Committee for Animal Research of the Botucatu School / UNESP approved the protocols used in this study.

The diabetic state was only induced in female rats, by streptozotocin (Sigma Chemical Company, St. Louis, Millstone, United States). Streptozotocin was dissolved in a citrate buffer (0.1 mol/l, pH 6.5) and administered by intravenous (i.v.) injection at a dose of 60 mg/ kg bodyweight. The diabetic state was confirmed by a blood glucose concentration test of > 220 mg/dL [15], and the rats were then subjected to mating. To verify pregnancy, vaginal washing was performed where the tip of an automatic pipette containing 10 μl of 0.9% saline was introduced into the vagina of each female and then aspirated. Factors indicative of pregnancy, such as the presence of sperm, were used to define gestational day zero (GD 0) [16].

With the establishment of pregnancy, quercetin was administered via intragastric gavage. Animals belonging to groups G2 and G4 received the flavonoid quercetin (Q SIGMA.-0125) at a concentration of 50 mg/kg body weight. The pregnant rats received the flavonoid throughout pregnancy, at intervals of 7 days (the following days of pregnancy: 0, 7, 14 and 20). The dose and administration interval of quercetina was based on the protocol adopted in our laboratory [17], which found that quercetina administered at intervals of 7 days can have beneficial effects on biochemical parameters of diabetic rats.

Evaluation of the pregnancy at term

The results were reported as mean ± SD. All data were statistically analysed using analysis of variance (ANOVA) followed by the Tukey test. Goodman’s test was used for foetal weight classification. Statistical significance was considered as p < 0.05 [20].

Table 1 presents the maternal reproductive performance. The mean number of corporea lutea of G3 and G4 group was not different to any of the other groups. Diabetes (G3) and diabetes treated with quercetin (G4) did not cause a significant decrease in implantation numbers in relation to groups G1 and G2; or live foetus numbers. In relation to maternal weight gain, G1 and G2 showed higher values of weight gain that were not significantly different to each other (p>0.05), whereas they were significantly different to G3 and G4. The diabetic group treated with quercetin showed a higher weight gain compared to the untreated diabetic group, but it did not equal the values observed for the control groups. Not significant increase (p > 0.05) in the rate of pre-implantation loss was observed in relation to the groups (G1, G2, G3 and G4), and the rate of post-implantation was significantly different between the control groups (G1 and G2) and the diabetic groups (G3 and G4).

There was an increase in the proportion of SPA foetuses in the diabetic group and diabetic group treated with quercetin in relation to G1 and G2 groups (Table 3).

In our study, the diabetic rats (G3) showed a significant increase in blood glucose levels compared with the control rats. The hypoglycaemic effect of quercetin may be due to its antioxidant properties [21,22].

An assessment of the weight of a pregnant woman is an indirect measurement of the degree of maternal and foetal impairment. Weight gain can lead to insufficient intrauterine growth [23,24]. In contrast, in pregnancies complicated by diabetes, maternal weight is often exaggerated, associated with macrosomia and polyhydramnios [25,26]. In rats with diabetes induced by drugs, and macrosomia, the excessive maternal weight gain is not easily reproducible. The difference in weight of the foetuses at day 20, the developmental phase of the foetuses [27,28].

Another explanation is that these disorders may be associated with hyperglycemia in the intrauterine environment [25]. Moreover, it was demonstrated that diabetes leads to thickening of the membranes and limiting the intervillous space [26], with consequent reduction in blood flow and maternal-foetal exchange, thus the flow of blood to the placenta in diabetic rats is reduced by 50% in late pregnancy [18], restricting the levels of oxygen and nutrients to the foetus, which can cause lower birth weight.

Experimental studies suggest that maternal hyperglycaemia results in a severe renal overload, with the elimination of large amounts of water and electrolytes, dehydration and culminating with the consequent loss or difficulty in gaining weight [29,30]. Persistence of a severe hyperglycaemic state in the intrauterine environment prevents the foetal pancreas from obtaining an adequate energy intake from glucose, and restricts development of the foetus between the 18th and 21st days of pegnancy [14]. This situation was confirmed in this study and treatment with quercetin failed to match the weight gain values of the control group, although the weight of these rats did increase significantly (p < 0.05) compared to the diabetic group.

Miscarriages are frequent in women with uncontrolled diabetes [19]. In the diabetic rats, there was a similar outcome, with higher numbers of resorptions and increased rates of post-implantation loss, leading to decreased numbers of live foetuses. The average weight of foetus was lower in the G3 and G4 groups compared to the control group, and the average weight of the placenta in G4 was improved in relation to G3. Treatment with quercetin in the diabetic animals failed to prevent the development of these complications and parameters.

Placental changes have been demonstrated in diabetic women, including the predominance of endarteritis, the thickening of membranes and restriction of the intervillous space (EIV) [19,28], with a consequent reduction in blood circulation and maternal-foetal exchanges. Total blood flow to the placenta in diabetic rats is decreased by 50% in the last days of pregnancy [31], restricting levels of oxygen and nourishment in the foetus. The increase in placental weight is a compensation mechanism that attempts to increase the surface area for maternal-foetal exchange. However, this increase in placental weight has been shown to be insufficient, hindering foetal nutrition [19]. The high value of the placental index in the diabetic group confirmed placental alteration. As a result, there was a higher proportion of small for gestational age foetuses in the diabetic groups, thus further confirming the existence of placental alteration in maternal-placentalfoetal exchanges [32,33].

Findings in placental morphometry may also have helped to explain the increased rate of intrauterine growth in restriction foetuses of women diabetic and diabetic treated (characterized by a higher classified as small for age of pregnancy).

Although quercetin have improve glucose concentration was not able to improve reproductive and placental development, a fact that might explain what would be the main stimulus for change in these factors seems to be hyperglycaemia, present in the intrauterine environment in the first week of pregnancy, favouring the possible development of oxidative stress, with adverse conditions for the implementation and foetal development, so quercetin may have had its beneficial effect during pregnancy in reducing blood glucose and may not have reduced glucose in the first week, which can have favoured this way the conditions adverse reproductive and placental development.

Quercetin administered to pregnant diabetic rats controlled glucose levels and promoted weight gain compared to untreated diabetic rats, but it did not improve reproductive performance or foetal or placental development.

Copyright: © 2012 Braga CP, et al. This is an open-access article distributed under the terms of the Creative Commons Attribution License, which permits unrestricted use, distribution, and reproduction in any medium, provided the original author and source are credited. 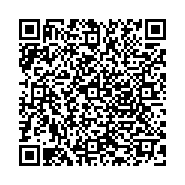