Objective: Autonomic neuropathy especially small C-Fibers innervating sweat glands is common in diabetes and occurs in pre-diabetes. EZSCAN, a new and non-invasive device that precisely assesses sudomotor function was evaluated as a screening tool for pre-diabetes and diabetes in a large Mexican population.

Methods: The study was performed in Hospital Regional “Lic. Adolfo Lopez Mateos” ISSSTE center. Subjects were classified as pre-diabetic or diabetic according to ADA criteria for fasting plasma glucose (FPG) and HbA1C. EZSCAN test was performed and subjects were classified as no risk, moderate risk or high risk and its performance as a screening tool was assessed through ROC curve analysis.

No adverse events during and after measurement with EZSCAN were reported.

Conclusion: EZSCAN allowing quick and quantitative assessment of sudomotor function could be used as an early screening tool for pre-diabetes and diabetes in a large population before performance of more sophisticated and specific, but time-consuming and expensive tests.

Type 2 diabetes is now recognized as an immense and growing public health challenge worldwide affecting about 382 million adults in 2014 and predicted to rise to 592 million by 2035 [1]. In Mexico, the prevalence of pre-diabetes and diabetes were 10.7% and 12.7%, respectively in 2006 with an economic burden of more than US$750 million [2]. Early diagnosis of pre-diabetes and diabetes can result in appropriate interventions which can reduce the incidence of negative complications including myocardial infarction, stroke, retinopathy, nephropathy and neuropathy [3]. Therefore, it is of paramount importance to adopt simple and inexpensive methods in screening for individuals with high risk of pre-diabetes or diabetes. Autonomic neuropathy is common in diabetes populations with potential dysfunctions of cardiovascular, gastrointestinal, genitourinary systems and sudomotor or ocular functions [4,5]. In addition, recent studies have shown that individuals with oral glucose intolerance can also develop autonomic neuropathy [6-8]. Sudomotor function disturbance is considered one of the initial components of autonomic neuropathy, and its assessment may contribute to the detection of autonomic dysfunction in diabetics; in fact, the American Diabetes Association suggests that sudomotor function assessing small fiber status should be included in the diagnostic tests for the detection of neuropathies in diabetes [5]. However lack of a simple and quick method has not allowed widespread use of sudomotor function testing as a screening tool for diabetic neuropathies [9]. EZSCAN, a new device recently developed to allow a precise evaluation of sweat gland function based on sweat chloride concentrations has been shown to detect sudomotor dysfunction in people with diabetes or pre-diabetes when compared to controls [10-14].

The aim of this study was to evaluate EZSCAN as a screening tool for pre-diabetes and diabetes on a large Mexican population.

The individuals invited to participate in the study were all recruited in the Clinic Automated Detection and Diagnosis of the Institute for Social Security and Services for State Workers-ISSSTE (CLIDDA). After signing the informed consent a blood sample was taken and a test with the ESZCAN was performed. Individuals over 18 years old of both sexes, apparently healthy, who attended a full check up at CLIDDA were included. Individuals with a diagnosis of diabetes, chronic degenerative diseases, cancer, pregnant women and individuals with amputations were excluded. The protocol was approved by the committee of research and research ethics committee for the Hospital Regional “Lic. Adolfo Lopez Mateos” with registration number 226.2013.

EZSCAN is a patented device designed to perform a precise evaluation of sweat gland function based on an electrochemical reaction between sweat chloride and stainless-steel electrodes on which a low Direct Current (DC) is applied and has been described previously [16-19]. It’s a dynamic method based on stimulation of sweat glands by the low-level voltage, allowing evidence of sweat dysfunction not detectable under physiological conditions. The device consists of two sets of electrodes for the feet and hands which are connected to a computer for recording and data management (Figure 1). This is a non-invasive test lasting approximately two minutes, during which four combinations of 15 different low DC voltages are applied. No subject preparation such as fasting is required for this test. The subject places their dry, clean palms of the hands and soles of the feet on the electrodes. The device measures the Electrochemical Skin Conductance (ESC) of the hands and feet (right and left sides) using the ratio of the current measured over the constant power applied, expressed in microSiemens (μS). A risk score for prediabetes or diabetes is calculated from these conductances and additional biometric data (age and BMI): no risk (≤ 25), moderate risk (25-50) and high risk scores (>50). These threshold values were issued from previous clinical studies. To improve understanding of the results by the patient a color code for each risk category is used (green for no risk, yellow for moderate risk and orange for high risk).

Figure 1: EZSCAN device with hand and foot electrodes. On the screen is displayed a typical presentation of results after the test for a subject with moderate risk.

Results for quantitative variables are shown as means ± SD. Quantitative variables were globally compared using ANOVA analysis. As a rule, a p-value <0.05 was regarded as statistically significant. EZSCAN performance was assessed using Receiver Operating Curve (ROC) Analysis with calculation of the Area Under the Curve (AUC). Odds ratios were calculated using logistic regression adjusted for gender. The data management and statistical analysis were done using SAS version 9.4 and R version 2.13.1 [20].

No adverse event or discomfort during and after measurement with EZSCAN was reported by any subject involved in the study.

This study evidenced that the EZSCAN negative predictive values for detection of pre-diabetes and diabetes were 82 and 98% respectively.

According to the results observed in this study, the performances of EZSCAN and HbA1C to detect pre-diabetes seem comparable while HbA1C has a higher capacity to detect diabetes. Based on this and on the low number of false negatives for diabetes (2 out of 52 diagnosed by FPG and confirmed by HbA1C), EZSCAN – a quick, non-invasive and easy to perform test – could be suggested as a first screening test for metabolic diseases in large populations. HbA1C is invasive, and requires time and cost to obtain the results; it would be performed only in subjects with moderate or high risk according to EZSCAN test results. This strategy would dramatically reduce costs avoiding performance of numerous useless HbA1C tests whose individual cost is around $20 US. There have been numerous attempts over the past 30 years to develop non-invasive methods to measure glucose or to use questionnaires/ scores based on anthropometric data or other parameters for prediabetes/ diabetes risk assessment as a first diagnostic step [21]. The most successful approaches have been risk scores such as FINDRISC. A sensitivity rate of 67–84% and specificity rate of 61–67% for IGM have been reported from several studies [22,23]. Risk questionnaires are non-invasive, technically simple, and low cost with reasonable sensitivity and specificity; however, questions in a questionnaire can sometimes be interpreted incorrectly if researchers are not available to clarify those questions, and the result of a questionnaire may also be at risk of ‘‘response bias’’. Furthermore, questionnaires often take a considerable amount of time to complete and score. In comparison, the non-invasive EZSCAN is an objective test requiring no input from the subjects or operator, and the test takes only a couple of minutes to complete and provides immediate results with comparable sensitivity and specificity. The other approach is FPG; however it requires individuals to fast and has low sensitivity [24].

EZSCAN was well accepted by the patients, in accordance with previous study populations [13]. As results are quantitative and easy to understand they could also be used as a motivational tool for lifestyle improvement. An exercise study in Finland of individuals at cardiometabolic risk showed that subjects with higher weekly activity - i.e. with a greater improvement in lifestyle - experienced a greater decrease in EZSCAN risk score after 12 months [25]. The results of this last study were in line with small fiber recovery observed through skin biopsy performed in patients involved in a lifestyle improvement program [26]. In this way EZSCAN would be preferable for the followup of a patient to questionnaires that do not take into account rapid changes in lifestyle.

One important limit of our study is that FPG was used as reference. Oral glucose tolerance test (OGTT) would have been more suitable but could not be performed on such a large scale. The low percentage of diabetics in our population (around 4%) as compared to a percentage of 15-16% in the Mexican population could be explained by the recruitment in a centre where patients have good follow-up. It underlines the importance of prevention.

This study shows that EZSCAN—a simple, non-invasive, quick and quantitative method—could be used as a screening test for prediabetes or diabetes before more specific, specialized, and time-consuming tests such as 2-hour OGTT or HbA1C. This will allow earlier detection of populations at high risk of developing or presenting with diabetes, allowing implemention of preventive measures in this population.

We thank the Clinic detection and advanced diagnostic facilities for the recruitment of the sample used in this study.

Copyright: © 2015 Sanchez Hernandez OE, et al. This is an open-access article distributed under the terms of the Creative Commons Attribution License, which permits unrestricted use, distribution, and reproduction in any medium, provided the original author and source are credited. 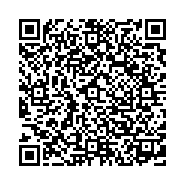