Kyllinga triceps is an Indian medicinal plant demonstrated to exert multiple pharmacological effects. In light of traditional claim of the plant in treatment of diabetes, the present study was carried out to evaluate the hypoglycemic activity of the plant in Streptozotocin (STZ) induced diabetic rats. The diabetic rats were given Kyllinga triceps extract (KTE, 100mg/kg & 200mg/kg) and Glibenclamide (0.5mg/kg) for 28 days. The effects of both treatments on body weight and blood glucose were assessed. Both doses of extract and Glibenclamide showed significant hypoglycemic activity in acute and sub acute study. Body weight of extract and glibenclamide treated rats were maintained during the study period Where as body weight of untreated rats had gone down. The result obtained from the study scientifically proved the folkloric use of Kyllinga triceps as hypoglycemic agent. Thus the plant can be key contributor in treatment of Diabetes.

Type 2 diabetes mellitus, also known as noninsulin dependent diabetes mellitus, develops in middle or later life and affects 2-6% of adults in most Western societies [1]. Diabetes mellitus has been recognized as a growing world-wide epidemic by many health’s advocacy groups including the World Health Organization (WHO) [2]. The WHO has estimated that diabetes will be one of the worlds leading causes of death and disability within the next quarter century. The statistics are alarming; 30 million people were diagnosed with diabetes world-wide in 1985, by 1995 the number had risen to 135 million, and at the current rate there will be some 300 million by the year 2025 as predicted by the WHO [3].

The limitations of currently-available oral antidiabetic agents either in terms of efficacy/safety coupled with the emergence of the disease into a global epidemic have encouraged a concerted effort to discover drugs that can manage type 2 diabetes more efficiently [4]. Also, with increasing incidence of diabetes mellitus in rural population throughout the world and due to adverse effects of synthetic medicine, there is a clear need for development of indigenous, inexpensive botanical sources for anti-diabetic crude or purified drugs [5].

Medicinal plants use has turned out to be an alternative method for treatment of disease such as diabetes mellitus. Literature reports more than 800 plants have been utilized as empirical treatment for diabetes. One tenth of them have been characterized as hypoglycemic plants with active compounds such as mucilage gum, glycans, flavonoids, triterpenes and alkaloids [6].

The recommendation of the WHO committee on diabetes encouraging research on hypoglycemic agents of plant origin used in traditional medicine has greatly motivated research in this area [7]. Currently several hundred plants have been reported to have beneficial effect in treatment of diabetes [8-10].

Kyllinga triceps (Family: Cyperaceae) is common throughout India found specially in Northwestern India, Gujarat, Rajasthan and South India. It is also known as Nirvishaa, Nirbishi and Mustaa. Its root is used as diuretic (in polyuria), demulcent, antidermatosis and antidiabetic [11]. Decoction of the plant Kyllinga triceps showed antipyretic activity [12].

In the present study we have selected Kyllinga triceps to examine its hypoglycemic activity because traditional documents claimed that to be an antidiabetic and used as folkloric medicine in different region of India.

The plant was collected and authenticated by the comparison with the herbarium and voucher specimen (Voucher specimen No.- 97767) was lodged in the department herbarium of National Botanical Research Institute, Lucknow.

Plants were shade dried, milled, and ground into coarse powder with the help of a mixer. The powdered material was subjected to cold maceration using sufficient quantity of ethanol and distilled water (1: 1) for 10 days with intermittent shaking in a round bottomed flask. On 10th day, it was strained and marcs were pressed. The pressed liquid was added to the strained liquid and the combined liquid was clarified by filtration and the filtrate was subjected to distillation at temperature 600C for removing ethanol and water. After distillation, the semi solid obtained was kept for experiment.

In present study observation of acute toxicity study carried according to OECD guideline 423, none of the rats showed observable signs of toxicity upon single administration of kyllinga extract (2 g/ kg, p.o.) on day one. Observations twice daily for 14 days also did not reveal any drug related observable changes. The study was repeated with another set of animals for 14 days and no signs of toxicity were observed.

Rats were fasted overnight before inducing diabetes with streptozotocin. The rats were given an intraperitoneal injection of streptozotocin (50 mg\kg) freshly prepared in 0.1M sodium citrate buffer. The diabetic state was confirmed 48 h after streptozotocin injection. Threshold value of fasting blood glucose was taken as > 200 mg\dl.

Control and diabetic rats were weighed matched for body weight and divided into following group consisting five animals each.

The acute study involved estimation of blood glucose levels at 0, 2, 4, 6 and 24 hrs after administration of Glibenclamide and KTE.

The sub acute study involved daily administration of Glibenclamide and KTE for 28 days and blood glucose levels were estimated on 0, 7,14,21 and 28 days.

Weight of rats was recorded during the study period of 28 days. Percentage (%) change in body weight was calculated and tabulated.

In acute toxicity studies of Kyllinga extract given by oral route did not show any mortality and toxic effects up to the dose of 2000 mg\kg body weight. So 1\20th and 1\10th of safe dose is used for the experiments.

Streptozotocin is well known for its selective pancreatic islets β cell cytotoxicity and has extensively used to induce diabetes in experimental rat model. It interferes with cellular metabolic oxidative mechanism. Glibenclamide is often used as a standard antidiabetic drug in STZ induced moderate diabetes to compare the efficacy of variety of hypoglycemic compound or plant extracts. The present study was conducted to assess the hypoglycemic activity of Kyllinga extract in STZ induced diabetic rats. Results shows both the doses of Kyllinga extract significantly improving the body weight and controlling the blood glucose level in diabetic rats. 200 mg\kg dose is more effective than 100 mg\kg and comparable to Glibenclamide. Result of the study scientifically validates the folkloric use of Kyllinga triceps in different ethnic communities of Manipur, Madhya Pradesh and Chhattisgarh.

It may be concluded that Kyllinga extract possess hypoglycemic activities and the plant extract may be used as hypoglycemic agent. The plants should be considered as an excellent candidature for further studies on diabetes mellitus.

Copyright: © 2012 Lal VK, et al. This is an open-access article distributed under the terms of the Creative Commons Attribution License, which permits unrestricted use, distribution, and reproduction in any medium, provided the original author and source are credited. 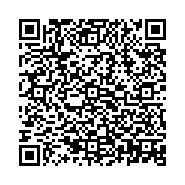