Interesting Development in the Pathophysiology of Diabetic Ketoacidotic Coma

The identification of acetoacetic and beta-hydroxybutyrie acids in the urine of comatose patients with diabetic ketoacidosis at the end of the nineteenth century has led to the opinion that these two acids are the cause of lethal coma in diabetes mellitus (therefore the name “ketoacidotic coma”). In the following decades also other organic acids have been identified in such patients (up to date 34); there are no reports on the dependency of these 34 acids on insulin. Knowledge has emerged that acidosis (=low blood pH), regardless what is the acid (or acids), impairs utilization of glucose in brain cells: this could explain development of coma in patients with very low blood pH. The positive consequence of this development could be that increase and normalization of the very low blood-pH would be followed by recovery from coma to full alertness. Clinical reports have confirmed that infusions of alkalizing solutions resulted in recovery of comatose patients with diabetic ketoacidosis (=zero lethality).

However, already in 1924 STARR and FITZ [4] have measured the concentration of “aceton bodies” (aceton, acetoacetate and betahydroxybutyrate) and the total acidity in urine and blood of patients with DKA (several of them were comatose): total acidity was greater than the acidity of “acetone bodies”. The conclusion of the authors was that the there are also “unidentified acids” in patients with DKA and they ask on their p 100 “whether such unidentified acids may not have played a part in producing the clinical picture of diabetic coma”.

Progress in methods of biochemical analysis has made possible to identify successively 34 such “unidentified acids” [5]. Thus, together with acetoacetic and beta-hydroxybutyric acids, there are increased amounts of 36 organic acids in the blood and urine of patients with DKA. There are no reports on the dependency of these 34 “unidentified acids” on insulin and also no reports on the influence of insulin therapy on these acids. The mutual relation of these 36 acids is variable, including severe acidosis without acetoacetic and beta-hydroxybutyric acids [6]. Thus, life-threatening acidosis and coma can develop also without increased concentration of these two acids, usually considered as insulin-dependent.

The role of insulin in the pathophysiology of coma in DKA has been doubtful already earlier after reports on “euglycemic ketoacidosis” [7,8] and even DKA with hypoglycemia [9]. It is difficult to assume insulin deficiency in patients with “euglycemia” and “hypoglycemia”. On the other hand, one can assume absolute deficiency of insulin after pancreatectomy: surprisingly, here is absence of the lethal ketoacidotic coma [10].

Unexpected problems in explaining the pathophysiology of coma in DKA have arised after the existence of “hyperglycemic hyperosmolar nonketotic coma” has been generally accepted [11] (in the last years, the name “hyperglycemic hyperosmolar state” is used). A possible explanation of these two comas has been the theory that in ketoacidotic coma there is absolute insulin deficiency, whereas in the nonketotic hyperglycemic coma there is still a small amount of insulin sufficient to impair development of DKA, but insufficient to decrease hyperglycemia. All these considerations have been made without knowledge of the concrete numerical concentration of plasmatic insulin.

A definitive clarification of this complicated situation was possible with the Nobel-prize 1977 to Rosalyn S YALOW for development of new methods in biochemical analysis which made possible also to measure concentration of insulin in human plasma. Already in 1981 has been published the monograph “Diabetic coma: ketoacidotic and hyperosmolar” [12]. There, on p 67 is the Figure 6.3 with names of 12 authors who have reported sufficient amounts of plasmatic insulin in patients with DKA. On the other hand, absolute deficiency of plasmatic insulin has been reported in patients with hyperglycemic hyperosmolar nonketotic coma [13] and also in diabetic patients without subjective complaints [14].

Thus, measurements of the concentration of plasmatic insulin did not confirm the view that insulin deficiency is the cause of coma in DKA. Therefore, it is possible to explain why is 100% lethality of ketoacidotic coma with insulin therapy [15]. On the other hand, insulin deficiency with hyperglycemia, polyuria, dehydration and extreme dehydration with coma is the cause of the hyperglycemic hyperosmolar nonketotic coma. We must be aware of the unexpected and unusual situation that diabetes mellitus is caused by insulin deficiency but his life-threatening complication, ketoacidotic coma, is insulin-independent.

Beside this pessimistic development of the pathophysiology of coma in DKA there are also more optimistic aspects. STARR and FITZ [4] have 1924 asked “whether such unidentified acids may not have played a part in producing the clinical picture of diabetic coma”. By definition, acid is a compound which in watery solution (such as human plasma) is dissociating into anion and hydrogen ion H+. The concentration of this ion is responsible for the severity of acidosis. Its concentration is usually expressed by the negative decadic logarithm, pH: increasing concentration of hydrogen ions H+ = decreasing blood pH.

Three papers [16-18] have reported and confirmed that severity of acidosis (low blood pH) is the immediate cause of decreased level of consciousness including coma in patients with DKA (regardless what is the accompanying anion). The glycolytic enzyme phosphofructokinase is pH-dependent, as its activity is decreasing with decreasing pH [19]. Therefore, with decreasing blood-pH is decreasing also the utilization of glucose in brain cells [20]. Thus, the answer to the question of STARR and FITZ [4] is “yes, such unidentified acids have played part in producing the clinical picture of diabetic coma”.

Development in pathophysiology of coma in DKA is always interesting, but for the clinical medicine is most interesting whether this has a counterpart in improvement of therapy. If acidosis (=low blood-pH) is the immediate cause of decreased level of consciousness, the neutralization of acidosis (=increase and normalization of the low blood-pH) must be followed by improvement of the level of consciousness. With other words, increase of the low blood-pH with alkalizing solutions (such, as sodium bicarbonate) would be a successful treatment of coma in DKA. Several reports on zero lethality of coma in DKA after infusions of alkalizing solutions have this confirmed [21]. If sodium bicarbonate is administered, careful monitoring of plasmatic potassium is necessary to avoid and prevent dangers of potassium disturbances.

Copyright: © 2014 Rosival V. This is an open-access article distributed under the terms of the Creative Commons Attribution License, which permits unrestricted use, distribution, and reproduction in any medium, provided the original author and source are credited. 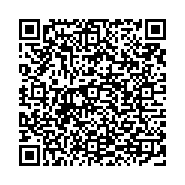