Methods: The study involved screening of 100 pregnant women with gestational period of 24 – 28 weeks, for carbohydrate tolerance and prevalence of gestational diabetes mellitus. We estimated fasting glucose, post load glucose, serum iron, serum phosphorous, and hemoglobin in all 100 pregnant women selected for this study. The study was carried out in the department of OBG in collaboration with department of biochemistry.

Results: In the present study, prevalence of Gestational Diabetes Mellitus is 8%. Both fasting and post serum glucose levels are significantly high in cases of Gestational Diabetes Mellitus. We observed increase in serum iron level for gestational diabetes mellitus mothers and is associated with carbohydrate tolerance. However, there was no correlation observed with phosphorous and hemoglobin levels in GDM mothers.

There are two components for the development of any disease, the genetic and the environmental factors. Of the two, there are evidences to establish the fact that the intra uterine environment plays a vital role in the development of diabetes. Intrauterine exposure to hyperglycemia during the critical period of fetal development programs the development of pancreas [4] relatively and affects insulin secretion function. Further maternal hyperglycemia has a direct effect on the fetal pancreas and is associated with the increased susceptibility to future diabetes in the infant. Women with a history of gestational diabetes mellitus as well as their children are at increased risk of future diabetes, predominantly type II diabetes [5].

During pregnancy, there is a significant alteration in glucose homeostasis secondary to the complex hormonal changes and increased metabolic demands of gravid uterus, its contents, and the mother [6]. The rise in the hormones includes estrogen, progesterone [7], human placental lactogen and cortisol that alters this metabolism is largely responsible for the altered homeostasis [8]. Gestational diabetes mellitus is the most common metabolic abnormality of carbohydrate metabolism of pregnancy occurring in 1-14% of the patients depends a population described and criteria used for diagnosis of gestational diabetes mellitus is defined as carbohydrate intolerance of any degree with onset or first recognition during pregnancy.

An increased iron requirement and increased red blood cell production is required when the body is going through changes such as growth spurts in children and adolescents, or during pregnancy and lactation. Transitional metals especially iron, which are particularly abundant in the placenta, are important in the production of free radicals. Antioxidants as well as avoidance of iron excess ameliorate maternal and early fetal damage [9,10].

Most of the body’s phosphorus is combined with calcium in the bones, but about 15% exists as phosphate (PO4-) ions - in the blood and other soft tissues and body fluids. Dietary phosphorus is efficiently absorbed, so a low phosphate level caused by dietary deficiency is unlikely in those on a normal diet unless the person has a malabsorption syndrome (inadequate absorption of nutrients in the intestinal tract). Phosphate levels are controlled by parathyroid hormone and 1, 25-dihydroxy vitamin D. The 1, 25-dihydroxy vitamin D increases absorption of calcium and phosphate in the intestines. Parathyroid hormone [11,12] increases calcium and PO4- release from bone, decreases loss of calcium and increases loss of PO4- in the urine and Increases conversion of 25-hydroxy vitamin D to 1,25- dihydroxy vitamin D in the kidneys.

About 5ml of venous blood was collected from 100 antenatal cases in plain and EDTA containers. Whole blood collected in EDTA tubes is used for hemoglobin analysis. Blood collected in plain tubes is centrifuged at 3000 rpm for 5 minutes to separate serum. Separated serum was transferred to a fresh vial and is used for the estimation of Iron, Phosphorous, Glucose. The case history and the complete clinical examination findings of the patients were recorded and informed consent was taken from all the subjects who are enrolled for study.

The present study was done to know the incidence of glucose intolerance in pregnant women and to evaluate the relation with serum iron, serum phosphorous and hemoglobin in 100 pregnant women between 24-28 weeks of gestational period. Oral glucose tolerance test (OGTT) with 75 g glucose without regard to recent meal status was done for all the 100 antenatal cases. In the same cases, serum iron and serum phosphorous were also measured [13,14]. The criteria for the diagnosis of gestational diabetes mellitus is according to the WHO recommendations i.e, fasting blood sugar ≥ 99 mg/dL, post glucose load blood sugar value ≥ 144 mg/dL.

Screening of women between 24-28 weeks gestation with serum glucose levels obtained after 120 min. following 75 g glucose load test administered at any time of the day without regard to the time since the last meal has become a well validated and widely applied screening procedure. A value of 140 mg/dL or higher identifies 80% women with gestational diabetes mellitus, and a value of 130 mg/dL or higher increases the sensitivity to 90%. Both fasting serum glucose and post load serum glucose levels are significantly higher in cases with abnormal glucose tolerance when compared with cases of normal glucose tolerance (p<0.0001).

Serum iron concentration is significantly higher in cases with abnormal glucose tolerance when compared with cases of normal glucose tolerance. It is well established that people with haemochromatosis, a genetic condition that causes extremely high levels of iron levels in the body are at increased risk for developing diabetes. But a new study suggests even a moderately elevated iron levels may be associated with diabetes [15,16].

Copyright: © 2013 Prasad DKV, et al. This is an open-access article distributed under the terms of the Creative Commons Attribution License, which permits unrestricted use, distribution, and reproduction in any medium, provided the original author and source are credited. 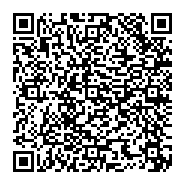