Is Previous Pregnancy Affected By Diabetes Mellitus Protective against Poor Glycemic Control at the Start of Subsequent Pregnancies?

There is an increased rate of serious birth defects in the offspring of diabetic women. These birth defects include anomalies of the fetal central nervous, cardiac, skeletal and renal systems. Evidence for this effect is a well established relationship between the maternal serum HbA1C level in early pregnancy, the main period of organogenesis; and congenital anomalies in the offspring of that pregnancy. Cutoff values for early HbA1C and risk of major congenital malformations are: HbA1C < 7, 2-3%, HbA1C of 7-8.9, 5-10%; 9-10.9, 10-20%; ≥ 11, >20% [1-4].

Many pregnancies in the United States are unplanned and therefore lack preconceptual planning. In diabetic women, such planning focuses on good glycemic control before conception with a targeted HbA1C of less than 7 in order to minimize the risk of birth defects. In a prospective cohort trial, preconceptual counseling of diabetic patients was associated with an improvement in the proportion of patients with optimal glycemic control from 40% in the group with no preconceptual counseling to 81% in those with preconceptual counseling [5]. For many diabetic women, their first regular exposure to an obstetrician does not occur until their first pregnancy is well underway. Since it is a routine part of obstetrical care to counsel diabetic patients about the importance of good glycemic control, it is possible that maternal HbA1C levels at the start of subsequent pregnancies would be lower than in the first pregnancy affected by diabetes. That is, education of diabetic patients by their obstetrician during a first affected pregnancy should theoretically result in better pre-conceptual planning and better glycemic control at the start of subsequent pregnancies. A study by Rosenn et al. noted significantly improved glycohemoglobin concentrations at 9 and 14 weeks gestation in insulin-dependent diabetic patients who received counseling for two consecutive pregnancies compared with those who entered a counseling program for the first time [6]. Another study looked at the protective effect of previous pregnancy on glycemic control during the entire gestational period of subsequent gestations, but was underpowered to measure changes in HbA1C levels in early gestation [7]. A third study looked at the glycemic control in early pregnancy of African American patients with type 1 diabetes, of which a significant difference of HbA1C based on parity was present, but this was not the primary objective of the study [8].

If glycemic control is not improved in subsequent pregnancies, prenatal education by obstetricians may need to be changed to better prepare their patients for future conceptions. Additionally, counseling between pregnancies by the patient’s other healthcare providers may need to be adjusted.

We conducted a retrospective case-control study of diabetic women who received prenatal care at our center from 2003 to 2010. The study was approved by the Institutional Review Board of Naval Medical Center Portsmouth. Data were derived from our electronic medical record system and from our delivery logs. Patients were identified by the diagnosis of diabetes mellitus at the start of the subject gestation, from ICD-9 or equivalent diagnosis codes.

There were a total of 120 patients in the database; 71 met inclusion criteria for our study. Patients were excluded if they did not have a hemoglobinA1C during the peri-conceptual period, i.e. between 3 months preconception and 14 weeks post-conception, and if they did not receive prenatal care at our facility. If a patient had more than one affected pregnancy, she was counted for the most recent pregnancy only. Patients who received prenatal care but did not deliver at our facility were still counted as part of the study.

For each subject, the following data was extracted: maternal age, race and parity, singleton or twin gestation, pre-pregnancy height, weight, BMI, age at diagnosis of diabetes, duration of diabetes, method of control, co-morbid medical conditions, number of previous pregnancies complicated by diabetes, HbA1C level between 3 months preconception and 14 weeks post-conception, presence or absence of folic acid use starting more than one month prior to conception, presence or absence of nutrition consult prior to pregnancy, mode of delivery, and birth weight. If the patient had more than one HbA1C level drawn meeting our study criteria, the one drawn closest to the time of conception was used. The patients were also classified based on presence or absence of insulin therapy prior to pregnancy. Patients who received prenatal care but did not deliver at our facility were still counted as part of the study however infant birth weight and mode of delivery were not recorded for those patients.

The patients were divided into two groups for comparison. The first group consisted of patients being followed for their first pregnancy with pre-existing diabetes; the second group was comprised of patients with type 1 or type 2 diabetes during a previous pregnancy. The primary outcome measure was the presence or absence of poor glycemic control during the peri-conceptual period. Well-controlled diabetic patients were defined as having a hemoglobin A1C less than 7 and poorly controlled diabetic patients were defined as a hemoglobin A1C greater than or equal to 7. Very poor glycemic control was defined as having a hemoglobin A1C greater than or equal to 9. Secondary outcome measures were very poor peri-conceptual glycemic control, use of preconceptual counseling, use of pre-conceptual folic acid for at least one month before conception, mode of delivery, and birth weight. We hypothesized that patient education during a previous pregnancy better prepares diabetic patients for subsequent pregnancies as demonstrated by better glycemic control at conception of the subsequent pregnancies.

Statistics were carried out using the Open Epi.com web site from the Center for Disease Control and Prevention (CDC). Categorical variables were compared using a two sided Chi-squared statistic and continuous variables were compared using a two-sided Student t test. Based on a previous study [5], we powered our study to detect an increase in the proportion of patients with good glycemic control from 40% to 81%. Using a beta of 0.2 and an alpha of 0.05, a minimum of 27 subjects was needed in each arm [9].

aThere was no statistically significant between the two groups, however there was a non-significant trend towards a higher proportion of patients taking insulin prior to pregnancy in the second or greater pregnancy with diabetes group compared to the group with their first diabetic pregnancy (p=0.08)

Table 1: Characteristics of patients by number of pregnancies with diabetes.

Table 2: Primary and secondary outcome measures of first versus second or greater pregnancy with diabetes.

Patients who required insulin prior to pregnancy were more likely than those not requiring insulin to have poor control (71% vs. 39%, p<0.01) but not very poor control (23% vs. 19%, p=0.7). These results are summarized in (Table 3). There was a significantly higher proportion of patients with pre-pregnancy insulin use within the group with previously affected pregnancies than in the group of first time diabetic pregnancies (62% vs. 40%, p<0.01).

We recognize that increased birth defects can occur at HbA1C values below 7, and that there is no true threshold value below which the risk of congenital anomalies is eliminated. However, the increase in birth defects is minimal with HbA1C values below 7 in most studies [10,11]. Clinical guidelines that existed during the study period used <7 as a target HbA1C for women attempting conception [12,13]. The decision to use HbA1C values from 3 months before pregnancy until 14 weeks postconception reflects the traditional study period for teratogenic effects. Since HbA1C values reflect 2-3 months of average glycemic control, this time frame provides reasonable accuracy of peri-conceptual risk.

A weakness of our study is its retrospective design and the inherent problem of confounders that can result. Therefore, we cannot assume that all differences in glycemic control in our study groups were the result of pre-conceptual counseling during a previously affected pregnancy. Other factors that could affect our results would include duration of diabetes, maternal activity level as well as more intangible, difficult to measure metrics such as maternal psychosocial stressors. For example, patients in their second diabetic pregnancy are more likely to be caring for small children during the peri-conception period than nulliparous patients, which could certainly add to the challenges of achieving good glycemic control. Indeed, the “experienced” diabetic patients in our study tended to be slightly older and heavier than the patients in their first diabetic pregnancy. It is difficult to determine if the sum of these effects acted synergistically to affect glycemic control, even if differences in the individual factors were not statistically significant. Comparison of glycemic control in the same diabetic patient from one pregnancy to the next would correct for some of the more significant demographic confounders but still would not adjust for temporal changes such as increased child-care responsibilities as the patient’s family size increases. Finally, many of our patients were seen by non-obstetric providers such as family practitioners, internists and endocrinologists before and between gestations, which could have affected our results.

Our mean hemoglobin A1C near the time of conception was comparable to other studies, in which the mean hemoglobin A1C varied from 6.56 to 9.5 [2,3,5,8]. Therefore, with regards to baseline glycemic control, our patients are comparable to the general diabetic patient population. One factor which did not affect our findings was limitations in access to care. Within the military setting, all patients receive free healthcare, including preconception and nutritional counseling as well as free medications and diabetes supplies. Also, obstetricians in our center cousel women using standard American College of Obstetrics and Gynecology guidelines for glycemic control before and during pregnancy [14,15].

The findings in our study highlight the need for pre-conceptual planning in fertile diabetic women. A multidisciplinary team approach consisting of the patient’s primary care physician, endocrinologist, obstetrician and any other healthcare providers should be considered. In addition, different strategies may be needed for patients requiring insulin prior to pregnancy, since, on average; these patients tend to have worse glycemic control and may represent a sicker, more difficult group to treat.

B.M. is the guarantor of this work and, as such, had full access to all the data in the study and takes responsibility for the integrity of the data and the accuracy of the data analysis.

The views expressed in this article are those of the author(s) and do not necessarily reflect the official policy or position of the Department of the Navy, Department of Defense or the United States Government.

Copyright: © 2012 Mulla BM, et al. This is an open-access article distributed under the terms of the Creative Commons Attribution License, which permits unrestricted use, distribution, and reproduction in any medium, provided the original author and source are credited. 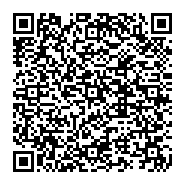