Macrovascular Disease in the Elderly with Type 1 Diabetes

Patients with type 1 diabetes have a high incidence of macrovascular disease (MVD) and therefore pose a challenge to healthcare in the UK [1]. For example, their risk of ischaemic heart disease is five times greater than in the normal population [2]. The combined effect of diabetes and macrovascular diseases results in an increased risk of death among this population [3]. Despite this, poor recording and management of cardiovascular risk factors exists in type 1 diabetes in the UK [4]. However, life expectancy of these patients has improved considerably over the past few decades due to better understanding of the illness and improved treatment options [5,6].

Approval was obtained from the scientific review committee of the Cegedim Strategic Data Medical Research Ltd, the provider of the database (Reference Number: 12-046R).

This study used baseline data from The Health Improvement Network (THIN) [7], a database of anonymised patient information entered by general practices using the Vision System [8]. THIN contains primary care records of over 7.5 million patients from over 400 general practices in the UK and is representative of the UK population [9]. THIN has been independently verified for use in pharmacoepidemiological research [10].

Elderly (>65years) patients with type 1diabetes were identified using appropriate codes (in the UK these are known as Read Codes). If both type 1 and type 2 read codes were present, or non-specific codes for diabetes were present, patients were defined as having type 1 diabetes if they were on insulin throughout the time they were in the practice register; not on a oral hypoglycaemic agent other than metformin at any time point; and had a diagnosis of diabetes entered before the age of 40 years.

We identified the following patient covariates that might be associated with macrovascular disease, many of which were identified based on previous studies: age, duration of diabetes, gender, smoking, presence of hypertension and glycaemic control (HbA1c) [11-16]. Outcomes of interest were ischaemic heart disease, cerebrovascular disease and peripheral vascular disease.

*SD: Standard Deviation; IQR: Inter Quartile Range
Smoking status was not recorded for 3 patients with MVD and 2 without MVD

Table 1: Characteristics of elderly patients with type 1 diabetes with and without macrovascular disease.

Table 2: Adjusted odds ratio for risk factors associated with the presence of macro-vascular disease in elderly patients with type 1 diabetes

Our study has limitations. The associations with macrovascular disease do not prove causation. However, previous studies undertaken in younger diabetic and non-diabetic populations have identified blood pressure, lipids, smoking and poor glycaemic control as risk factors. Therefore our findings are in line with those from the literature [11]. The nature of the study is also affected by survival bias; those with macrovascular disease may not have survived to be included in this analysis. Therefore the prevalence may be higher than described. Formal prospective longitudinal studies would be required to provide this data. Due to the limited data made available to us, we were not able to study risk factors such as microalbuminuria and dyslipidaemia. Neither were we able to compare the prevalence over a set time period, or against a normal elderly population or elderly type2 diabetes mellitus. Nevertheless our findings have important implications for the detection and appropriate management of macrovascular disease in the older person with type 1 diabetes.

Copyright: © 2013 Chapman MJ, et al. This is an open-access article distributed under the terms of the Creative Commons Attribution License, which permits unrestricted use, distribution, and reproduction in any medium, provided the original author and source are credited. 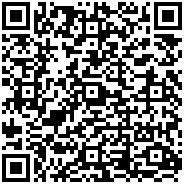