Membrane Flexibility and Exercise: A Guide to Type 2 Diabetes Mellitus

During the last two decades the discipline of biology developed the pacemaker hypothesis, which notes that the molecular composition of the mammalian lipid bilayer is centrally involved in regulating the metabolic activity of cells. At the same time, the discipline of physical chemistry demonstrated that the ratio of unsaturated to saturated fatty acyl chains regulates the mutual distance of these chains in a bilayer membrane, and consequently affects the flexibility of the membrane. Based on these innovative results, an assessment of the deformability of the red blood cell provides reliable information about glucose disposal during the treatment of type 2 diabetes mellitus, as well as during aerobic exercise.

The most important goal of a science magazine is probably to provide its readers with valuable insights into the coherence of the natural sciences. This also applies to the journals publishing research in the landscape of diabetes mellitus type 2. Given this viewpoint, the aim of this contribution is to shed light on two innovative scientific findings: (1) the observation of a consistent pattern of acyl composition of membrane bilayers among different-sized mammals that modulate their basal metabolic rate, and (2) the observation of a positive correlation between the surface of the cross-section of the hydrocarbon portion of a phospholipid molecule and its degree of unsaturation. Combining this new information leads to a major advance in understanding how exercise favors the well being of patients with type 2 diabetes mellitus.

The first area of pioneering research regards the application of allometry, which describes changes in the proportions of various parts of an organism as a consequence of growth. Both an allometric comparison of metabolism in a wide variety of species ranging in weight from ~1 to 105 g body mass encompassing an evolutionary period of ~150 million years and comparison of ectotherms with endotherms led to the hypothesis that the amount of membranes and their acyl composition, and particularly the relative balance between monounsaturated and polyunsaturated acyl chains, are a pacemaker for metabolic activity [1]. Evidence supporting the membrane pacemaker theory is generally based on the observation that although there is essentially no difference in the percentage of unsaturated fatty acids in cellular membranes of species with dramatically different basal metabolic rates, it is consistently observed that species with a high basal metabolic rate have a significantly greater density of carboncarbon double bonds, and especially docosahexaenoic acid, in their cellular membrane bilayers than species with a lower basal metabolic rate. Therefore, we must replace the view that membrane bilayers are relatively passive components of eukaryotic cells with the concept that the relative balance between monounsaturated and long-chain polyunsaturated acyl chains in membrane bilayers is a fundamental determinant of the metabolic rate of a species [2,3].

The second area of innovative research relates to the scientific understanding of the molecular nature of a glycerophospholipid bilayer membrane. The two fatty acyl chains of a phospholipid yield, in essence, a roughly cylindrical molecule (the hydrocarbon region) that can easily pack in parallel to form extended sheets of membranes due to hydrogen bonds. The interaction energy (U) between two carbon atoms of these nearby chains is the sum of the repulsive force and the attractive force, and is described mathematically as

where, r is the distance in nanometers between the centers of the two carbon atoms [4]. To what extent calculations based on artificial models do properly describe intermolecular interactions, especially the London-van der Waals forces, was recently presented by atomic force microscopy measurement data of intermolecular interactions between two CO molecules which indicated the correctness of the Lennard- Jones potential [5].

The most basic structural result obtained by X-ray scattering from oriented bilayers in model membrane systems is a particularly central quantity: the area (A) per lipid molecule (i.e. the surface of the cross-section of the hydrocarbon region part of the phospholipid molecule) [6,7] (Figure 1). Recent studies have highlighted the physical property that unsaturated hydrocarbon tails clearly lead to a greater value for A compared with saturated tails, as depicted in table 1. Thus, the replacement of saturated fatty acyl chains with unsaturated acyl chains results in a decrease in interaction energy per pair of fatty acyl chains, and consequently to increased membrane flexibility. A unique characteristic of the bilayer membrane design is the reversibility of its flexibility. An increase in the unsaturation index (the number of carbon-carbon double bonds per 100 acyl chains) creates an increase in membrane flexibility, and a decrease in the unsaturation index results in a decrease in membrane flexibility.

Figure 1: Schematic representation of part of a lipid bilayer, including the interfacial area (A) per lipid molecule (i.e. the surface of the cross-section of the cylindrical hydrocarbon part of the phospholipid molecule) and the head-tohead distance (DHH) across the lipid bilayer

Within the framework of the previous sections, the conclusion is that a cause-effect relationship exists between a cell’s membrane flexibility and the pacing of its metabolism. An important issue of this characteristic involves the role of highly unsaturated fatty acids (generally, docosahexaenoic acid [C22:6 n-3]) in biological membranes. That role may be to support the function of certain membrane proteins that require large cross-sectional lipid areas [8,9].

GLUT4 differs from other glucose transporters in that approximately 90% of it is sequestered in intracellular vesicles in the absence of insulin. On stimulation by insulin, the intracellular vesicles are transported to the inner leaf of muscle plasma membranes, culminating finally in membrane fusion [13]. As described by the ‘stalk-pore’ hypothesis, this fusion process also requires a highly flexible bilayer membrane [14].

Based on the presented discoveries, we suggest that a shift from unsaturation toward saturation in phospholipid membranes counteracts both the pore formation of a muscle plasma membrane fused with an intracellular GLUT4-containing vesicle, and the machinery responsible for insulin-independent glucose transporter insertion into a plasma membrane. This phenomenon leads to the proposal that the phospholipid acyl composition of the cell membrane is an important determinant of its metabolic activity because this composition regulates the number of glucose transporters per unit of cell surface area (i.e. the glucose transport capacity). Under normal cellular conditions, the eukaryotic cell extracts 32 ATP molecules (the final fuel of metabolic activity) through the combination of glycolysis, the tricarboxylic acid cycle, electron transport, and oxidative phosphorylation from each transported glucose molecule.

Regarding the aetiology of type 2 diabetes mellitus, we recapitulate that already in the pre-diabetic phase, reductions in basal rates of mitochondrial ATP synthesis in skeletal muscle caused by decreased mitochondrial activity [15-17] serve to drive hepatic lipogenesis. This process leads to the gradual elevation of plasma free fatty acids [18,19] to yield more energy in the form of ATP, which develops a shift of membrane phospholipids from unsaturated fatty acyl chains toward saturated fatty acyl chains, resulting in decreased flexibility and consequently in a decreased flux of glucose into the cells. What is clinically exciting is that the regulation of membrane flexibility may reverse the incidence of type 2 diabetes in high-risk individuals.

Although the role of irisin in the conversion of white adipose tissue into brown adipose tissue is still being debated [20], acute exercise training showed direct effects on ‘browning’ of white fat [21]. Hamilton et al. [22] were able to quantify an average number of carbon-carbon double bonds from magnetic resonance spectra of human tissue and reported that brown adipose tissue was more saturated than white adipose tissue, an observation consistent with previous findings [23]. This process induces a shift of membrane phospholipids from saturation toward unsaturation and promotes more membrane flexibility.

The element of choice for the assessment of membrane flexibility is the red blood cell bilayer membrane. Nishida et al. showed that performing aerobic exercise is a unique approach that may help to increase insulin-dependent and insulin-independent glucose disposal in healthy humans [24]. Moreover, three observational studies about the long term effects of diet and exercise in individuals at high risk for type 2 diabetes demonstrated that lifestyle changes reduce the incidence of this disease [25-27]. However, the aforementioned studies did not study the effect of aerobic exercise on membrane deformability. Cho et al. studied hemorrheological disorders in diabetes mellitus [28]. The data reviewed herein demonstrated that reduced red cell deformability was associated with retinal failure in diabetic retinopathy and renal failure in diabetic nephropathy. However, those studies did not investigate the impact of exercise on the deformability of the red blood cell. Finally, they concluded that abnormal glycation stiffens the erythrocyte membrane. This conclusion, however, is based on a fundamental flaw because the electrostatic interactions within a folded protein structure contribute ~20 kJ/mol of stabilization energy, while the van der Waals interactions between fatty acyl chains individually contribute 0.4-4.0 kJ/mol of stabilization energy [4]. Since the driving force of membrane flexibility is formed by the biomolecules with the lowest stabilization energy, the deformability of bilayer membranes depends solely on the lipid composition of their hydrocarbon tails. This misinterpretation may be appropriate cause to disavow the assessment of erythrocyte deformability. I propose to use this parameter to monitor red blood cell flexibility during the treatment of patients with type 2 diabetes mellitus, and to obtain a better understanding of how aerobic exercise improves glucose disposal in the human body.

The role of cholesterol in bilayer membranes has been extensively investigated for many years. Now, new techniques are deepening our insight into the dynamics of membrane organization. In the present model, membranes are occupied by fluctuating nanoscale assemblies of sphingolipids, cholesterol and proteins that can be stabilized into platforms that are important in signaling, viral infection and membrane trafficking [29]. Moreover, new data indicate that the assumption that cholesterol is a principal modulator of bilayer thickness is not valid and suggest that the cholesterol content in cell membranes is not modulated for the purpose of controlling bilayer thickness [30].

New experimental data obtained outside the traditional research field of type 2 diabetes resulted in the insight that biological bilayer membranes serve not only to package the content of living cells, but also to regulate their metabolic activities by changing the unsaturation index of lipid bilayers. Thus, assessment of red blood cell deformability may constitute a novel approach to offer guidance to physicians for the treatment of patients with type 2 diabetes mellitus and to monitor the effects of a lifestyle intervention (i.e. weight reduction induced by aerobic exercise) in overweight patients.

Copyright: © 2013 Weijers R. This is an open-access article distributed under the terms of the Creative Commons Attribution License, which permits unrestricted use, distribution, and reproduction in any medium, provided the original author and source are credited. 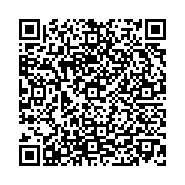