Metabolic Syndrome and Diabetes Type 2 in Patients Cared for at a Nutrition Out-patient Facility in the City of Rio de Janeiro, R J

Background: Metabolic syndrome (MetS) is a complex disorder with a worldwide increasing prevalence. Most patients with Diabetes Mellitus type 2 (DM2) present MetS components such as overweigh/obesity, hypertension, dyslipidemia and hyperinsulinemia. However, population-based data, and more specifically Brazilian data on the subject are scarce, thus creating an interest in characterizing MetS factors in DM2 patients. Therefore, the objective of the present study was to describe the profile of diabetes mellitus type 2 patients (DM2) and to identify the presence of metabolic syndrome in this group.

Methods: Information was collected from the medical records of 127 patients who had a diagnostic of DM2 for at least two year. Biochemical (cholesterol, HDL, LDL, triglycerides, glucose, A1c, urea, creatinine and uric acid) and anthropometrical (weight, height and BMI) parameters and blood pressure were obtained. Patients were classified relatively to the presence of MetS.

Conclusion: Poor glycemic control, hypertension and overweight were highly prevalent in the studied population. Better preventive measures are urgently needed for their control.

According to the World Health Organization (WHO) [1], there are over 220 million people with Diabetes Mellitus (DM) in the world, while in 2000 this number was 177 million Projections indicate that, in 2025, its prevalence will reach 350 million. The number of deaths attributed to DM is 800 thousand, but often DM is not mentioned in death certificates, and the complications derived from it, especially cardiovascular (CVD) and cerebrovascular diseases, are the attributed causes of death [1]. Furthermore, the estimation of Diabetes Mellitus type 2 (DM2) incidences in large populations is complicated by the need of long-term follow-ups and periodic blood glucose measurements. DM2 may appear at any age, but it is usually diagnosed in adults over 40 years old, and most patients with this type of diabetes also present overweight/obesity, with relatively few cases of single diabetes presentation [2].

In Brazil, 2006 data indicate the existence of six million DM patients, and 2013 data already point to a prevalence of about 12.5 million people [3]. Population growth and aging, higher urbanization, increasing prevalence of obesity and sedentary lifestyles (as well as a longer survival of DM patients) are the causes usually mentioned for this increase. Therefore, characterizing these patients is an important public health task, to allow for a more solid basis for resource planning and allocating in health interventions.

The metabolic syndrome (MetS) is known to be associated with a higher risk of DM complications. This syndrome is associated with CVD through factors such as centripetal obesity, visceral fat, hypertension, dyslipidemia, small, dense LDL and high levels of plasminogen activator inhibitor (PAI-1) [4,5], and the association increases cardiovascular mortality by a factor of approximately 2.5 [6,7]. Due to the frequency of MetS among patients with DM, its early diagnosis is important for the definition of an adequate therapy, allowing for the reduction of MetS complication risks. It is well known that MetS increases with age, but its distribution according to gender is still not agreed upon, with some studies pointing to a higher MetS prevalence among women, while others state that the condition would be more common among men [8-11].

Given the mentioned association between DM2 and overweight/ obesity, anthropometric evaluations are important tools for defining clinical/nutritional DM therapies, helping both the survival and the increase of a patients’ quality of life [12]. To this end, the estimation of the Body Mass Index (BMI) is usually considered as the preferred method, given that BMI estimation is simple, reliable and more reproducible than the sometimes-suggested waist circumference measurements [5].

The present study aimed to characterize the profile of DM2 patients cared for in an outpatient facility belonging to a tertiary hospital of high complexity in Rio de Janeiro, Brazil. MetS prevalence and the association between the variables gender and MetS were also investigated.

Information was retrospectively obtained from the medical records of 127 patients of both genders in a nutrition outpatient facility belonging to a high-complexity tertiary hospital in the city of Rio de Janeiro, Brazil, January - July 2011. Patients comprised enlisted military personnel and their spouses, and represented all levels of income and education. Participants had been previously (at least two years) diagnosed with DM2 according to the ADA criteria [13]. The Research Ethics Committee (Internal Review Board) of the Hospital Naval Marcílio Dias under registration No. 0023.0.221.000-11 approved the study.

Anthropometric data (height and weight) were used to estimate the patient’s Body Mass Index (BMI): their weight (in kg) divided by the square of their height (in meters). Weight was obtained by a Filizola® scale, graduated in 0.1 kg and with maximum capacity of 150 kg. For height measurements, a stadiometer with a 0.5 cm graduation was used, and patients were measured while standing barefoot in orthostatic position. For adults below 60 years old, the following reference values and cut-off points were used: <18.5 Kg/m2 (low weight (LW)), 18.5 to 24.9 Kg/m2 (eutrophy (EUT)), >24.9 to 29.9 Kg/m2 (overweight (OW)) and >29.9 (obesity (OB)). For subjects above 60 years old, these values were: <22.1 Kg/m2 (underweight), 22.1 to 26.9 Kg/m2 (eutrophy), >27 Kg/m2 (overweight) [15,16]. Patients’ systemic blood pressure (BP) was measured with a mercury column sphygmomanometer standardized and calibrated after five minutes of rest.

Data were analyzed using the SPSS software version 19.0. At first, a descriptive analysis was performed, after what a Pearson Chi-square statistic was used for assessing the association between the dichotomous variables gender (male/female) and MetS (presence/absence) The statistical significance level was defined as a=5%.

Figure 1: Anthropometric evaluation, according to gender and age group in years.

Table 2: Distribution of biochemical parameters and arterial hypertension in 127 patients treated in an outpatient nutritional facility, Rio de Janeiro, Brazil; according to gender and age group.

MetS was identified in 32.3% (n=41) of the patients, 51.2% (n=21) of which were females. The 60-75 age group presented the highest prevalence (16.5%, n=21), and the syndrome was more common among overweighed patients (Table 3). The Chi-square test for the association gender x MetS yielded a p-value=0.71, indicating no association between these two variables.

The present study aimed to characterize the profile of DM2 patients cared for in an outpatient facility belonging to a tertiary hospital of high complexity in Rio de Janeiro, Brazil. MetS prevalence and the association between gender and the metabolic syndrome were also investigated, and the syndrome could be diagnosed in almost one out of each three participants.

Studies concerning the characteristics of DM2 patients in developing countries are very much in need, since, as discussed, the number of such patients is increasing, with a related increase in DM associated comorbidities [17]. This situation leads to early morbidity and mortality, usually at the height of the patient’s productive life, placing a heavy burden on social security services and contributing to a cycle of poverty and social exclusion [3].

In this study, BMI mean values for obesity were higher among women, what agrees with epidemiological studies carried out in other regions of Brazil [18,19]. As mentioned, excess body weight in diabetes has been associated with a worse lipid profile and with the presence of MetS. The present study identified that more than 40% of the studied patients had a lipid profile alteration. The increase in TG and the decrease in HDL in patients with DM seem to be related to diabetic nephropathy, to cardiovascular complications and to increased mortality [1,7]. The analyzed patients also did not show an adequate glycemic control: FBG was high in more than half of the subjects. High blood glucose levels are related to serious chronic microangiopathic (diabetic retinopathy, diabetic nephropathy and distal sensory neuropathy) and macroangiopathic complications (ischemic heart disease, peripheral vascular disease and stroke) [19].

The hypertension prevalence findings of the study were shocking, since this condition was present in more than 76% of the studied population. High blood pressure is part of MetS and has a direct relationship with its other components. From a genetic standpoint, Iwai et al. demonstrated an association between the candidate genes for hypertension, hypertriglyceridemia and obesity. From a family history point of view, a study comparing children with normotensive and hypertensive parents showed that, even when normotensive, children of hypertensive parents had blood pressures, glucose and triglycerides levels higher than that of normotensive parents [20]. Another study involving children of parents with malignant hypertension [21] came to similar conclusions, indicating that normal individuals with a familial history of hypertension also exhibit hemodynamic, anthropometric and biochemical changes indicative of MetS.

Few studies tried to estimate the prevalence of MetS in the Brazilian population. A population survey in the city of Ribeirão Preto, Brazil, with adults 22-28 years old, detected a prevalence of 7.6% for this syndrome [22]. Another population survey, made by the Ministry of Health, indicated the possibility of MetS presence in at least 14% of the adult Brazilian population, with a higher prevalence for women with low educational level, for men with excessive alcohol consumption, and for older individuals with overweight and with an insufficient level of physical activity [23].

Data from the World Health Organization (WHO) show that, for developing countries (including those of Latin America with previous malnutrition problems), obesity increased between two and three times in the last decade [15]. BMI, a common indicator for overweight assessment, requires little practice for its measurement, is inexpensive, noninvasive and has been directly associated with blood glucose levels. In a study conducted by Cabrera-Pivaral et al. [24], a decrease in BMI correlated positively with a fall in glycemia in Mexican patients with DM2 that went through an educational programme. BMI was also a good predictor of both cardiovascular risk and MetS in many other studies [5].

The present study suggested the absence of an association between MetS and gender among DM2 patients. Increased glucose levels were present in most patients, indicating the need for more effective measures of glycemic control, and the same can be said regarding other risk factors for early mortality, such as hypertension and dyslipidemia. These findings are especially important, given that the studied patients were already monitored and aware of their DM2 status. DM2 population-based studies for the Brazilian population are also much in need, thus contributing to the more effective planning of health policy interventions. It should also be said that the detection of MetS involves easy-to-obtain measures, such as BMI, basic laboratory tests and blood pressure, so that there is no excuse for the absence of early diagnosis and therapy for this condition, what could minimize risks associated with the syndrome.

Copyright: © 2013 Simões PP, et al. This is an open-access article distributed under the terms of the Creative Commons Attribution License, which permits unrestricted use, distribution, and reproduction in any medium, provided the original author and source are credited. 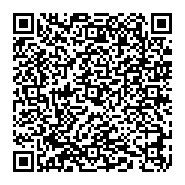