Aims:To evaluated the usefulness of metabolic syndrome (MetS) as a predictor of incident diabetes comparing with other predictors of diabetes including hemoglobin A1c (HbA1c).

Materials and Methods: It is a retrospective five-year follow-up study from annual health examination data in a community including 1,997 Japanese subjects without diabetes at baseline. Logistic regressions using incident diabetes as a dependent variable were calculated for each predictor adjusted for age, sex and drinking status. Area under receiver operating characteristic curves (AUCs) and population attributable risk fractions (PAFs) of incident diabetes were calculated for each predictor.

Metabolic syndrome (MetS) [1-6] is considered to be a risk factor of diabetes and cardiovascular disease (CVD). However, its predictive value for diabetes beyond fasting plasma glucose (FPG) per se is questioned [7-9]. The American Diabetes Association and the European Association for the Study of Diabetes criticized that it is antimony that MetS definition includes diabetes if it is a risk factor of diabetes [2]. Even for the purpose of predicting CVD, it may be dangerous for individuals to be diagnosed with MetS [2,3]. Recently, the World Health Organization Expert Consultation Group reported that MetS is a concept that focuses attention on complex multifactorial health problems, but it has limited practical utility as a diagnostic or management tool and there is limited utility in epidemiological studies in which different definitions of MetS are compared [5]. MetS is a pre-morbid condition rather than a clinical diagnosis, and should thus exclude individuals with established diabetes or known CVD [5]. Cameron et al reported that MetS was not a better predictor of diabetes than prediabetes because the risk for incident diabetes among those with prediabetes but not MetS was almost triple that of those with MetS but not prediabetes in a study among Australian adults [9]. On the other hand, the usefulness of hemoglobin A1c (HbA1c) for predicting diabetes has been reported in several studies [10-12]. In the present study, we evaluated the usefulness of MetS as a predictor of incident diabetes comparing with other predictors of incident diabetes including HbA1c in a general Japanese population.

This community-based, retrospective cohort study was based on annual health examinations at the Niigata Health Foundation [13]. The annual health examination consisted of a medical history, physical examination, blood examination, chest x-ray, and electrocardiography. This report includes 2,153 subjects who took the health examination including FPG and HbA1c in 1998 as a baseline study and subsequently received the examination in 2003. Forty eight subjects who were with diabetes at baseline were excluded. Diabetes was diagnosed as FPG ≥ 7.0 mmol/L and HbA1c ≥ 6.5% (48 mmol/mol) and/or antidiabetic medication according to new criteria of diabetes based on a single blood test recommended by the Japan Diabetes Society. This study was approved by the ethics committees at Tachikawa Medical Center and Niigata University Graduate School of Medical and Dental Sciences.

After an overnight fast, blood samples were obtained to measure FPG, HbA1c, triglycerides, high-density lipoprotein (HDL) cholesterol, alanine aminotransferase (ALT), and gamma glutamyltransferase (GGT). Blood pressure was measured in supine position after a five minutes rest. Body mass index (BMI) was calculated as weight in kilograms divided by the square of height in meters. Values of HbA1c are presented as NGSP %.

MetS was defined as the clustering of three or more of the following components [4].

Table 2: Prevalence of metabolic syndrome *and its components by incident diabetes.

*for 1 SD increment adjusted for age, sex, and drinking status

In our present study, HbA1c was the best predictor of incident diabetes. HbA1c has been suggested to be superior to FPG for the prediction of vascular disease and death from any cause among nondiabetic subjects [16,17]. Cheng et al studied the diabetes predicting ability of HbA1c and reported that HbA1c increments of 0.5% between 5.0% and 6.4% had adjusted ORs of 1.70 [5.0–5.4%], 4.87 [5.5–5.9%], and 16.06 [6.0–6.4%] when compared with the reference group [HbA1c < 4.5%] in an eight-year follow-up study among 12,375 subjects [10]. Choi et al also evaluated the usefulness of HbA1c as a predictor of incident diabetes and reported that the optimal cutoff point of HbA1c was 5.6% with the sensitivity and specificity of 0.59 and 0.77, respectively in a six-year follow-up study among 9,466 Korean subjects [11]. Heianza et al. reported that diagnosis of prediabetes by both the HbA1c criterion (5.7-6.4%) and the FPG criterion (5.6-6.9 mmol/L) identified individuals with an increased risk of progression to diabetes and the predictive value for progression to diabetes assessed by HbA1c 5·7-6·4% was similar to that assessed by impaired fasting glucose alone in a general Japanrse population [12]. Thus, the two tests used together could efficiently target people who are most likely to develop diabetes and allow for early intervention [12].

FPG levels of 5.6-6.9 mmol/L is called impaired fasting glucose and are considered to be a marker of prediabetes. However, in our present study, the optimal cutoff point of FPG for predicting diabetes was not 5.6 but 5.3 mmol/L. Brambilla et al suggested that FPG between 5.1 and 5.5 mmol/L is a strong independent predictor of diabetes and should be used to identify people to be further investigated and aided with preventive measures [18]. Our present results support their suggestion. Individuals with normal fasting glucose (FPG < 5.6 mmol/L) should not be excluded from the target subjects of preventive measures.

In Japanese, the predictive value of MetS for CVD mortality beyond other cardiovascular risk factors is also poor [19-21]. Higashiyama et al reported that the prevalence of smoking was 49.5% and that of MetS was 19.8%, respectively, the HR for CVD incidence compared with non-smoking and non-MetS participants was 2.07 (1.26-3.40) in those who smoked, 2.09 (1.08-4.04) in those with MetS, and 3.56 (1.89- 6.72) in those with both, and the PAF of CVD incidence was 21.8% for smoking, 7.5% for MetS, and 11.9% for both in urban Japanese men [22]. The PAF of CVD mortality due to smoking or hypertension was 35.1% for men and 22.1% for women in NIPPON DATA80, a 19-year follow-up nation-wide study in Japan [23]. Thus, the usefulness of MetS diagnosis is low for either predicting diabetes compared with FPG or HbA1c or predicting CVD compared with hypertension or smoking in Japanese where obesity is not prevailing.

Our results are hypothetical because the subjects in the present study were not randomly recruited from the community but recruited because their information about diabetic history and other relevant data were retrospectively available, and the number of subjects was relatively small. We lost original data and have now only incomplete data in 1998 and 2003 where 14,244 subjects were included. However, information about medical history remained in only 1997 subjects and biased regarding sex and age. Accordingly, the present study was based on logistic regression using data at only two time points. Thus, drop-out subjects were ignored. Prospective studies in a large number of randomly recruited subjects from a community through a longer period of follow-up using Kaplan-Meier analysis and Cox proportional hazard model are required to provide confident findings. We used BMI instead of waist circumference as an obesity marker because waist circumference was not available. However, cutoff points of waist circumference have not yet been determined for any ethnic group [4] and BMI and waist circumference are not significantly different as an obesity marker for the clustering of cardiovascular risk factors in a general Japanese population [24].

We thank all subjects who participated in the study and the health screening personnel who assisted with data collection. We also owe thank to Dr. Toru Watanabe and staff at the Niigata Health Foundation.

Copyright: © 2011 Kaneko M, et al. This is an open-access article distributed under the terms of the Creative Commons Attribution License, which permits unrestricted use, distribution, and reproduction in any medium, provided the original author and source are credited. 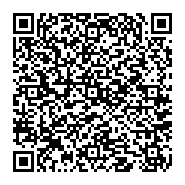