Objectives: Our aim was to identify the diabetic risk profile of new onset diabetes after live donor renal transplantation (NODAT) and its impact on patient and graft survival in Egyptian population.
Patient and methods: A retrospective review of 2019 renal allograft recipients has been performed. Risk factors, medical complications, patient and graft survival were analyzed.
Results: After a mean follow up period of 8.8 ± 5.8 years, 450 (22.2%) recipients developed NODAT. A 455 post transplantation time matched control recipients without DM was selected. Time table revealed that 50% of NODAT cases discovered during the first 6 months post transplantation. The NODAT recipients were significantly older and obese with higher body mass index. Family history of DM was significantly positive among the NODAT group. Cox’s multivariate regression analysis revealed that the older age, positive family history of DM, high BMI, HCV infection and hypercholesterolemia were of significant risk factor. Medical complications were significant in the NODAT group. Patient survival was significantly lower in the NODAT group on the other hand the graft survival was comparable.
Conclusion: NODAT does not statistically affect the graft survival. But, NODAT is a major problem endangers the patient life and must be minded to consider such patient as especially at higher risk for diabetic complications.

Kidney transplantation is the most cost effective treatment option for patients with ESRD yielding the best quality of life among different renal replacement modalities available to such individuals. Even this treatment option for kidney failure has some complications, one of them being New Onset Diabetes After Transplantation (NODAT). The development of NODAT is not restricted to the kidney allograft recipients but can occur in practically all solid organs transplantation including those patients that have received lungs, liver and heart allograft [1-3]. Guidelines for NODAT were published in 2003 [4]. NODAT is present when persistent hyperglycemia occurs in the period after transplantation in an individual who was previously a non-diabetic. Diabetes mellitus in transplant recipients greatly increases the already elevated risk profile of cardiovascular disease, graft loss and death. The criteria for the diagnosis of diabetes mellitus in the post-transplant period are the same as those set out by the American Diabetes Association (ADA) for the definition of diabetes mellitus in clinical practice [5]. NODAT in effect encumbers the patient with both the usual complications of diabetes such as retinopathy, neuropathy and nephropathy in addition to those complications that are unique to the allograft recipient. Diabetes mellitus is more common in transplant recipients than in the general population with some estimating that there is a nine-fold increase in the risk of diabetes in solid organ recipients than their age-matched controls. Up to 40% of patients with NODAT will require insulin therapy. The majority of patients however, have features of type-2 DM and do not require insulin [6]. There are disparities in the reported frequencies of NODAT that could be related to geographic, ethnic or socioeconomic peculiarities of the study population. Moreover, the design of the study from which the frequency of occurrence of NODAT was reported is to be considered while comparing prevalence rates. Studies that reported retrospective analysis of a data base often state the cumulative frequencies while some others have tended to differentiate the prevalence rates on temporal basis thus separating early, late and transient NODAT patient-groups. For example Hur et al. reported an overall incidence of NODAT of 39% at one year and 35.1% at seven years for NODAT but went on to differentiate between persistent NODAT (23.4%) who had hyperglycemia within the first year of transplantation that continued to the seventh year post-transplant [7]. The development of NODAT does not increase risk of death-censored graft loss [8].

Between March 1976, and November 2010, a total of 2019 patients received live-donor renal allograft at our center. Among these recipients, 450 (22.2%) recipients developed NODAT, (diabetic group). NODAT was diagnosed when fasting blood sugar ≥ 126 mg/ dl, random blood sugar or 2 HPP ≥ 200 mg/dl. The NODAT group was retrospectively analyzed and compared with a control group of (455) non diabetic kidney transplant recipients selected from the transplant registry field by date of operation to be matched with the NODAT group regarding the transplantation timing (same week of operation). A number of variables were studied in both groups. These variables includes recipient’s age and sex, donor’s age and sex, family history of DM, Body Mass Index (BMI), HLA matching, HCV antibody status at time of transplantation. Also the immunosuppressive agents, type of maintenance therapy, total dose of steroids in the first three months and the number of steroid pulses given. Serum creatinine was estimated at 3 month, 6 month and 12 month post-transplantation for both groups. Medical complications which developed post-transplant such as hypertension, hyperlipidemia, proteinuria, ischemic heart disease, neurological complications, retinopathy, and pancreatitis were carefully studied in both groups. Finally, both graft and patient survivals were analyzed.

Qualitative data were displayed in cross tabulation and quantitative data were described in terms of arithmetic mean ± SD. Bivariate techniques were used for initial evaluation of contrasts. Thus, the chi-square and Fisher’s exact tests were used for comparisons of frequencies of qualitative variables and the unpaired (t) test was used for comparisons of means two quantitative variables. A P value of less than 0.05 was considered significant. Means were compared by Student (t) test or the non-parametric test if the variable was not normally distributed. Cox’s multivariate analysis was made for statistically significant data on univariate analysis. Patient and graft survivals were compared by means of Kaplan-Meier curve, using the log-rank test. All analyses were carried out using the computer package SPSS for windows, release 10 SPSS Inc Chicago, III, USA, 1993.

The prevalence of diabetes mellitus is rapidly increasing worldwide, as a consequence of western life style and Diabetes currently affects over 346 million people worldwide. Transplantation may accelerate the development of type 2 diabetes in individuals at risk (WHO, august, 2011). In our study, the incidence of NODAT was 22.2 % which compares closely to that reported being 16-24% [9]. This discrepancy may be attributed to; variable number of patients, racial, different protocols of immunosuppressive agents employed in the management of these patients and different follow up periods. The onset of NODAT among our recipients was predominantly in the first six months post transplantation (50.3%) and this in accordance with that reported previously [10,11]. These findings may be explained by stress, surgery, relatively larger doses of corticosteroids in the early post transplantation period.

The mean age of NODAT group was significantly higher than the control group (35.2 ± 9.9 vS 28 ± 9.6 years, P=0.001). Moreover 28% of NODAT recipients were above the age of 40 years versus 10% in the controls (P=0.0001). These results agree with that reported [12] and disagree with that previously reported, who find the incidence of NODAT dominate among the age above 45 years [13]. This difference can be attributed to Egyptian selection of younger age recipients that is expected to resume professional activities after being transplanted. In an attempt to find out the possible factors which may play a role in the development of NODAT several variables were studied. We found that the prevalence of positive family history of DM is significantly higher among the NODAT recipients (216 vs 64 of controls P=0.001) this accords with that cited in literatures [14-16]. Also, we found a significant correlation between NODAT and obesity evaluated by BMI (28.8 ± 9.6 vs 25.2 ± 4.3, of controls P=0.001). Our results are similar to that reported [15,17,18]. However, Sumrani et al., and Montori et al., [8] found no correlation between NODAT and obesity in transplant recipients. These findings could be explained by racial difference and different life styles of the studied Egyptian patients.

NODAT has a unique pattern among Egyptian populations regarding risk factors especially older age, positive family history, obesity and HCV infection. NODAT has no statistical significant affection on graft survival. Meanwhile, NODAT is a major problem endangers the patient life and must be minded to consider such patient as especially at higher risk for diabetic complications.

Copyright: © 2015 Nagib AM, et al. This is an open-access article distributed under the terms of the Creative Commons Attribution License, which permits unrestricted use, distribution, and reproduction in any medium, provided the original author and source are credited. 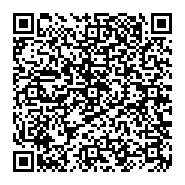