Nonalcoholic fatty liver disease (NAFLD) is recognized in 20-30% of general population but among the people with impaired glucose metabolism this fracture is about 70-90%. There are numerous pieces of research proving significant differentiation of various risk factors of diseases among men and women. The aim of this study is to estimate differences in NAFLD determinants with respect to patients’ sex. In this study 184 patients were examined, 77 women and 107 men. Based on statistic analysis it was found out that sex is significant determinant of NAFLD.

Nonalcoholic fatty liver disease is a very common worldwide spread disease. The prevalence of NAFLD in general population is around 20- 30% [1], whereas among patients with type 2 diabetes is up to 70-90% [2]. The connection between sex and prevalence of fatty liver disease was not widely examined so far. Few piece of research on this subject reports that there are differences in expression of metabolic syndrome between men and the women, especially in body fat distribution and adiposity function and the body weight [3]. The direction and strength and correlation between NAFLD and their determinants in respect of patient’s sex was determined in this study.

184 patients (77 women and 107 men) with type 2 diabetes were examined. All patients were hospitalized in Metabolic Diseases Clinic of Jagiellonian University, Cracow, Poland from 2011-2012. All patients were asked about their medical history and alcohol consumption. People that defined themselves as alcohol drinkers or drink more than 30 g of ethanol daily (or equivalent), were excluded from the study. All participants underwent physical examination and laboratories tests were done too.

Glycemic control, chronic diabetes complications were also performed. Body mass index (BMI) was calculated by dividing the weight in kilograms by the height in meters squared. All patients had blood presser measured at least twice a day. HBA1c levels in % were measured using HLPC method. The estimated glomerular filtration rate (eGFR) were calculated using the formula reported by European Society of Nephrology. Plasma liver enzymes, and other biochemical blood measurements were determined by standard procedures. Diabetes macroangiopathy as coronary heart disease (CHD) or cerebrovascular diseases was diagnosed based on previous medical history.

Descriptive statistic methods and linear regression with heteroscedasticity correction were used because of the specific characteristic of the data. Various medical and statistical journal suggest this method as a credible way of heteroscedasticity elimination [4,5].

Characteristics of the studied group is presented on Table 1.

Table 1: General characteristic of the group.

After estimation of the analyzed parameters with using linear regression with heteroscedasticity correction (Table 2), it was found out that in women group there existed statistically significant connection between the metabolic control and prevalence of NAFLD (p=0.0113). This kind of correlation was not observed in men group. In men group however it was found strong positive relationship between BMI and NAFLD (p=0,0299) – in spite of the similar BMI in both sex group. In both groups we observed positive relation between waist circumference and presence of NAFLD.

Table 2: The results of estimation with NAFLD as dependent variable.

In women group statistically significant correlation between the level of HDL- cholesterol and prevalence of NAFLD were observed. Such relationships were not seen in men group.

This study characterized the clinical and biochemical features of type 2 diabetic patients with and without NAFLD with respect of sex.

As the reason of insulin resistance in visceral adipose tissue we observed local inflammation. It causes releasing a lot of chemical substances such as free fatty acids, TNF- alfa or chemotactic monocytes type 1 protein [7]. These substances are pro-inflammatory precursors and could increase local insulin resistance. Insulin resistance is pathogenic risk factor of developing or progressing NAFLD. In type 2 diabetes patients we observed severe metabolic disturbances such as hyperglycemia, dyslipidemia, subclinical inflammation, thrombosis and oxidative stress [8].

In women group the hip circumferences was negatively correlated with NAFLD (p=0.0018). We also recognized the same peculiarity in men group, but the statistical significance of this correlation was lower (p=0.03751).

It is known that HDL- cholesterol plays significant role and has several functions in our body. HDL - C are very heterogenic group and have several additional protective properties that are independent. For example, they have properties that reduce oxidation, vascular inflammation and thrombosis [9]. Other parts improve endothelial function, promote endothelial repair. What is more, some particles enhance insulin sensitivity and promote insulin secretion by pancreatic beta islet cells [10]. It can be the reason why in women group, in which the level of HDL-C is higher (p<0,001) fatty liver diseases were rarely observed. The HDL-C has negative impact on NAFLD. However, the cause and effect of these differences are unclear and further investigations in this area are necessary.

In men positive relation between BMI and NAFLD was observed (p=0.0299). Such correlations in women group was not seen, even though the level of BMI was the same in both groups.

The level of metabolic control expressed by HbA1c is an important factor of fatty liver disease in women group, but not in men group. It can prove the negative influence of hyperglycemia in women as hyperglycemia reduces the protective effect of estrogen in women [11,12].

This study bears some limitations: first of all the group of patients examined was small. Secondly, the patients in our study come from the same diabetic clinic, so the group was not random.

Basing on regression analysis, the waist circumference in both sex groups and metabolic control as well as HDL cholesterol in women group are the determinants of NAFLD. What is more, the sex is also the determinant of NAFLD.

Copyright: © 2015 Trojak A. This is an open-access article distributed under the terms of the Creative Commons Attribution License, which permits unrestricted use, distribution, and reproduction in any medium, provided the original author and source are credited. 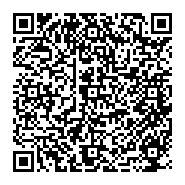