Introduction: Statins reduce cardiovascular risk in populations targeted for both primary and secondary prevention. The potential of statin use to impact the risk of developing new onset diabetes has been suggested. However, there have been a few large-scale RCTs of pitavastatin which is the statin, but adverse effects on glucose metabolism and diabetes onset were not documented by meta analysis.

Case reports: We report two patients with type 2 diabetes and hypercholesterolemia showing amelioration of insulin resistance with pitavastatin. The improvements were attributed to effects of pitavastatin on glucose and insulin metabolism. A 75-year-old man and a 70-year-old woman with type 2 diabetes, hypercholesterolemia and hypertension were given pitavastatin (2 mg/day) for 6 months, without changes in other medication. Before and after treatment, both received euglycemic hyperinsulinemic clamp studies to assess insulin sensitivity. After 6 months, glucose infusion rates were increased in both subjects.

Conclusion: These cases suggest that pitavastatin, unlike other statins, has beneficial effects on insulin sensitivity in an insulin-resistant state.

Statins, which are 3-hydroxy-3-methylglutaryl coenzyme A (HMGCoA) reductase inhibitors, reduce cardiovascular risk in populations targeted for both primary and secondary prevention [1]. Recently, the potential of statin use to impact the risk of developing new onset diabetes has been suggested [2]. However, subgroup analysis suggested differences among individual statins, with pravastatin showing a trend towards a reduction in the risk of developing new onset of diabetes, whereas atorvastatin, rosuvastatin, and simvastatin were all associated with a significant increase in risk versus the placebo [3]. Moreover, the primary objective of the Justification for the Use of Statins in Prevention: an Intervention Trial Evaluating Rosuvastatin (JUPITER) study showed that rosuvastatin treatment was increased HbA1c and the risk of diabetes onset [4]. In addition, several reports have shown statin treatments to be associated with insulin resistance [5] or the risk of newly developing diabetes [6]. On the other hand, pitavastatin, an agent developed in Japan, has already been used in Asian countries, and has gradually been introduced in the USA, EU, Australia and Latin American countries. Recently, there have been a few large-scale RCTs of pitavastatin, but adverse effects on glucose metabolism and diabetes onset were not documented by meta analysis [5, 6].

A 75-year-old man with type 2 diabetes, hypercholesterolemia, hypertension, and diabetic nephropathy with a body mass index (BMI) of 25.7 kg/m2 (body weight 61.0 kg; height 154.0 cm) had been treated with pioglitazone (15 mg/day), nateglinide (270 mg/day), voglibose (0.9 mg/day), telmisartan (80 mg/day), and cilnidipine (10 mg/day). There had been no changes in diet or all medications since 6 months ago. After adding pitavastatin (2 mg/day) for 6 months to his treatment regimen, low density lipoprotein cholesterol (LDL-C) and triglycerides (TG) were decreased (104.4 mg/dL to 70.2 mg/dL, 138 mg/dL to 54 mg/ dL, respectively), and high density lipoprotein cholesterol (HDL-C) was increased (56 mg/dL to 66 mg/dL). Moreover, insulin sensitivity was evaluated by the following two methods: 1) HOMA-IR values were calculated as the product of fasting plasma glucose (mg/dL) multiplied by insulin concentration (μU/mL) and divided by 405 [7]. 2) Euglycemic-hyperinsulinemic clamp procedures: The euglycemichyperinsulinemic clamp protocol was performed according to the method of DeFronzo et al. [8] using an STG 22 artificial pancreas model (Nikkiso, Tokyo). Insulin (Humulin; Eli Lilly, Indianapolis, IN, USA) was infused continuously a rate of 1.5 mU/kg/min after priming insulin infusion during the first 10 min of the clamp at the same doses as previously reported [8]. Blood glucose levels were determined at 1 minute intervals during the 120 min clamp study, and euglycemia (5.5 mmol/L) was maintained by infusion of variable amounts of 10% glucose solution. The whole body glucose disposal rate was evaluated as the mean of the glucose infusion rate (GIR) during the last 20 minutes of the clamp. After an overnight fast, venous blood was sampled, blood pressure was measured with the patient in the supine position, and the euglycemic-hyperinsulinemic clamp protocol was performed.

Table 1: Clinical course of metabolic characteristics in patient of Case 1.

A 70-year-old woman with type 2 diabetes, hypercholesterolemia, and hypertension with a BMI of 21.0 kg/m2 (weight, 44.8 kg; height 145.9 cm) had been treated with metformin (500 mg/day), voglibose (0.9 mg/day), and telmisartan (40 mg/day). There had been no changes in diet or all medications since 8 months ago. After adding pitavastatin (2 mg/day) for 6 months, LDL-C and TG were decreased (134.4 mg/dL to 93.2 mg/dL, 168 mg/dL to 114 mg/dL, respectively), and HDL-C was increased (45 mg/dL to 57 mg/dL). HOMA-IR was decreased from 1.88 to 1.16, and GIR measured by hyperinsulinemic-euglycemic glucose clamp was increased from 5.72 mg/kg/min to 6.96 mg/kg/min. These results indicated pitavastatin treatment to ameliorate insulin resistance. Other glycemic parameters such as FPG, HbA1c, and glycoalbumin were unchanged. CK, AST, ALT, and γ-GTP were unchanged (Table 2).

Table 2: Clinical course of metabolic characteristics in patient of Case 2.

We examined the effect of pitavastatin on insulin resistance employing euglycemic hyperinsulinemic clamp studies. In two cases, pitavastatin was suggested to improve not only LDL-C and HDL-C, but also HOMA-IR and GIR. Pitavastatin has pleiotropic effects which do not depend on lipid diminishing actions such as the anti-inflammatory effect [9], antioxidant effect [10] and endothelial function improvement [11]. In addition, it has been confirmed that pitavastatin increases adiponectin in hypercholesterolemic and patients with type 2 diabetes [12], and these actions may contribute to the amelioration of insulin resistance.

Statins are frequently used worldwide and are among the drugs known to prevent cardiovascular events. Because both hypercholesterolemia and type 2 diabetes are associated with the onset of cardiovascular events, the report that insulin-resistance is aggravated and the onset of diabetes is accelerated with statin treatment was shocking and underscored an urgent need to reconsider the safety of statins. The effects of statins on plasma and insulin resistance may vary depending on statin type [5]. Whereas pravastatin showed significant improvements in insulin sensitivity, other statin showed a trend towards a reduction (atorvastatin and rosuvastatin) or significant worsening in insulin sensitivity (simvastatin) [3].

The mechanism by which various statins exert differential effects on insulin sensitivity, either improving or reducing, has not been clearly elucidated. Some reports have shown that atorvastatin inhibits the expression of GLUT4, which is related to glucose uptake [13], and that simvastatin inhibits insulin secretion from pancreatic β cells [14]. In contrast, it has been reported that pitavastatin improves hormonesensitivity lipase, GLUT4, and adiponectin expression in mature adipocytes [15], and pitavastatin suppressed adipocyte hypertrophy and insulin resistance in diabetic mice [15].

Long-term evaluation RCTs to elucidate influences of pitavastatin on glucose metabolism is clearly warranted J-PREDICT [16], a study designed to evaluate the effects of pitavastatin on new onset of diabetes, is currently underway and the results are eagerly anticipated.

These cases suggest that pitavastatin, unlike other statins, has beneficial effects on insulin sensitivity in an insulin-resistant state.

Written informed consent was obtained from the patient for publication of this case report and accompanying images. A copy of the written consent is available for review by the Editor-in-Chief of this journal.

Hiroaki Satoh was a major contributor in writing the manuscript, and analyzed and interpreted the data of patients. Akihiro Kudoh and Hiroyuki Hirai performed the euglycemic-hyperinsulinemic clamp test. Tsuyoshi Watanabe contributed to manuscript preparation. All authors read and approved the final manuscript.

Copyright: © 2013 Satoh H, et al. This is an open-access article distributed under the terms of the Creative Commons Attribution License, which permits unrestricted use, distribution, and reproduction in any medium, provided the original author and source are credited. 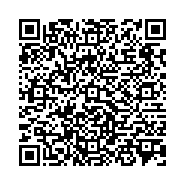