Prevalence and Correlates of Metabolic Syndrome in Young Population: A Cross Sectional Study

Background: The Metabolic Syndrome (MS) is emerging as one of the major public health problem all over the world including India. It confers increased risk of Cardiovascular Disease (CVD) and Diabetes Mellitus (DM), both of which pose a huge burden over the society and economics. This study was conducted to assess the prevalence and correlates of MS in young population.

Settings and design: A cross-sectional study was performed in Department of Medicine of a rural teaching tertiary care hospital in central India. Materials and methods: In all consecutive study subjects, a National Cholesterol Education Programme Adult Treatment Panel (NCEP ATP – III) criteria was applied to assess the magnitude of MS.

Statistical analysis: Prevalence of MS was expressed in percentage. For determining the association of risk factors with MS, we used Student’s t-test to test for continuous variables Chi square for categorical variables and Fisher exact test in the case of small cell sizes (expected value<5). Association was considered statistical significant when P value was ≤ 0.05.

Results: The magnitude of MS was 11.2%. Conclusion: Metabolic syndrome exists in significant number of young student population. The early identification of MS and associated risk factors can help to prevent or delay MS, diabetes and CVD by modifying their lifestyle.

The Metabolic Syndrome (MS) consists of a constellation of metabolic abnormalities like central obesity, hypertriglyceridemia, low high-density lipoprotein cholesterol (HDL-C), hyperglycemia and hypertension (HTN) [1]. It confers increased risk of cardiovascular disease (CVD), diabetes mellitus (DM), ischaemic stroke and peripheral vascular disease. Metabolic syndrome poses a huge financial and psychological burden for the patients. In the Framingham Offspring Study, the population-attributable risk for patients with the MS to develop CVD was 34% and 16%; for developing Type 2 DM was 62% and 47% in men and women respectively [2].

The rapid increase in the clustering of risk factors (obesity, sedentary life style, aging, lipodystrophy, coronary artery diseases (CAD), DM and HTN) is due to increasing affluence of middle class, urbanization, mechanization, marked changes in diet and sedentary habits [5]. Metabolic syndrome in young population have gained greater attention because of the adverse effects it has and its early identification results in better health. So far, data regarding MS among the young is scarce. Hence, this study was aimed to determine the prevalence of MS among medical students of central India.

The study was approved by the ethics committee (IRB00003623) of Mahatma Gandhi Institute of Medical Sciences (MGIMS). We obtained a written informed consent from all study subjects before enrolling them in the study.

The study was conducted in the Department of Medicine, MGIMS, Sevagram which is a 650-bedded teaching tertiary care hospital located in a town in central India. Between September 1, 2010 and August 31, 2012, a cross-sectional study was conducted to determine the prevalence of MS among study subjects.

This study was carried out amongst medical students (undergraduates, interns and postgraduates) of aged 17 years or above. All medical students in the institute including undergraduates, interns and postgraduates were screened during the study period. Students were excluded if they did not provide consent to participate in the study. During the study period, a total of 686 students were expected to be in the institute campus. We aimed at 95% coverage.

All the study subjects were asked to fill in a pilot tested selfanswered questionnaire. This included demographic data [age and sex; socioeconomic status, personal habits like current smoking and alcohol consumption; history of HTN and DM. For social class assessment, Wealth index scale (WIS) was used according to which assigned study subjects into two social classes like “lower” and “upper” based on material possessions. Wealth index scale assess material possessions as follows: one essential (E) item like electricity, 5 useful (U) items like radio, bicycle, scooter, television, land and two non - essential (NE) items i.e. car and refrigerator. Study subjects were considered in “lower ” social class if they did not have E item, < 2 U and no NE item, but “upper” if they had E item, > 3U item and two non - essential (NE) item [6].

All study subjects included in the study underwent physical examination. Their body mass index was calculated using standard formula. Waist and hip circumference were obtained to get waist/hip ratio. BMI reference value according to World health organization was considered as normal between 18.5 – 24.9 kg/m2, underweight<18.5 kg/m2, overweight 25–29.9 Kg/m2 and obese ≥ 30 kg/m2. For analysis study subjects were categorized in three groups, normal, underweight and overweight and obese. Blood pressure was measured with the auscultatory method using appropriate cuff, after 20 minutes of rest.

Baseline blood samples were obtained in fasting state in order to measure plasma glucose and lipid levels. All the study subjects were informed previously to remain fasting at-least 10 hours before the blood samples were withdrawn. Biochemical analyses were performed using auto analyser (XL-300), calibrated with standard calibrators, and followed by quality control before the test. Plasma glucose was measured by Glucose Oxidase Peroxidase method [7]. Cholesterol, triglycerides, HDL-C, VLDL and LDL cholesterol were also calculated in all study subjects [8-10].

On univariate analysis, odds of MS were 1.45 (95% CI: 0.89-2.34) times higher in females as compared to males but increase in odds was not statistically significant (P=0.132). However odds of MS were 2.17 (95% CI: 1.31-3.67) in study subjects with age group of more than 25 years as compared to study subjects with age group of less than 25 years, and increase in odds was statistically significant (P=0.002). Odds of smoking and alcohol were not found to be significant on univariate analysis. Final model derived by multivariate logistic regression suggested that the only significant correlate of MS was age of the study subjects (OR: 2.11 (95% CI: 1.25-3.55) P=0.005). Significant correlates of MS as derived by univariate and multivariate logistic regression by final model are shown in Table 3.

The current study demonstrates statistically significant association between magnitude of MS and increasing age. The magnitude (14.8%) was significantly (P=0.002) higher in those aged more than 25 years in comparison to those less than 25 years of age (7.4%). Similar results were observed by Ford et al. in U.S. population, based on NHANES III, revealed prevalence of MS increased from 6.7% in participants aged 20 years through 29 years and 43.5% for participants aged through 60- 69 years [4]. In another study using IDF definition of MS, magnitude increased from 11.0% in 20-29 years of age group to 47.2% in the 80-89 years in men and 9.2% to 64.4% for women in the corresponding age group [15].

In our study we found that MS is significantly (p<0.00) higher among those who have are obese (65.2%) compared to those with normal (6.7%) and overweight (25.5%) as per the BMI cut off. These results were comparable to other studies which found that MS was present in 4.6%, 22.4%, and 59.6% of normal-weight, overweight, and obese men, respectively, and a similar distribution was observed in women [23]. Studies have shown that all of these measures have significant association with obesity but BMI represents the lean as well as the fat content of the body and is dependent upon height of the person and hence age also. So it may not represent true central obesity in all the settings. Non-the-less several studies have proven that as the BMI increases MS as well as its associated diseases increase [24].

The present study is unique in certain ways and first of its kind in India as it studied magnitude of MS in young population as data from India are still scarce in the context of young population. We studied all the students of the medical college with a good coverage more than 97% of the population, this limits the selection bias. This single centre study had some inherent methodology which provides credibility to the study. We used standard definitions (NCEP ATP III) for diagnosis of MS. Our study has certain limitations also. Firstly, our study has selection bias as most of study subjects belonged to higher socioeconomic status that could have led to lower prevalence of MS. Secondly, the medical students were from all parts of country, and known to the investigator hence there may be inappropriateness in the responses related to assessment regarding risk factors of MS i.e smoking and alcohol. Finally being a cross-sectional study it had its indigenous limitations, as temporal associations could not be studied.

We concluded from this study that that metabolic syndrome exist in significant number of young student population. The early identification of MS and associated risk factors can help to prevent or delay MS, diabetes and CVD. The adolescent with risk factors like obesity, hypertension and diabetes need to modify their lifestyle.

Copyright: © 2015 Jain J, et al. This is an open-access article distributed under the terms of the Creative Commons Attribution License, which permits unrestricted use, distribution, and reproduction in any medium, provided the original author and source are credited. 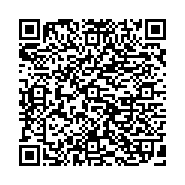