Aim: To determine the prevalence of diabetes mellitus (DM) and impaired glucose tolerance (IGT) in Luanda, an urban community of Angola-Africa.
Methods: A random sample of 709 subjects aged 30 to 69 years (52% women) was selected from Ingombotamunicipality. This cross-sectional home survey was conducted from March 2009 to April 2011, using a sampling design of stage conglomerates. A two-stage survey was carried out. First, clinical and anthropometric data were obtained and fasting capillary glucose level was determined. The cut-off point was 5.55 mmol/l. Subjects who screened positive (fasting capillary glucose ≥ 5.55 mmol/l and <11.1 mmol/l) and each sixth consecutive subject who screened negative (fasting capillary glucose <5.55 mmol/l) were submitted to the second phase of survey, consisting of the 75g oral glucose tolerance test (75 g OGTT). Data was analyzed using SAS statistical software.
Results: The prevalence rates of diabetes mellitus and IGT were 7.1% and 12.9%, respectively. The age group with the highest frequency of diabetes was 60 to 69 years (33%) followed by the age group 40 to 49 (30%). The frequency of impaired glycemic homeostasis increased with aging both in men and women. Overweight and obesity were usual findings in the majority of subjects with diabetes (62%) and subjects with impaired glucose tolerance (61.9%).
Conclusions: The prevalence of diabetes mellitus was classified within an intermediary range (7.1%) and the prevalence of impaired glucose tolerance is within an high range, suggesting a future increase in the frequency of diabetes in this population.

The risk factors for diabetes vary around the world, but the major risk factors in sub-Saharan Africa are similar to those in other parts of the world. The rising prevalence in diabetes is ascribed to lifestyle changes and urbanization, with the data now showing that the strongest and more consistent risk factors are obesity and weight gain. Upperbody obesity is a risk factor for diabetes, and the obesity rates in some urban areas of sub-Saharan Africa are already approaching those of the Western countries [1-3]. Demographic transition, epidemiological transition have occurred in developing countries as they become economically more resourceful, causing significant shifts in dietary and physical activity patterns (nutritional and lifestyle transitions, and stress). These changes cause significant effects on body composition and metabolism, often resulting in increase in body mass index, abdominal obesity and increase in dyslipidemia and diabetes [4]. The prevalence of type 2 diabetes is high among Africans Americans, Afro-caribbeans and among African migrants in Europe, all of them sharing genetic ancestry with black Africans [5,6]. Many African countries now face a double disease burden, with increasing number of patients with noncommunicable diseases, such as hypertension, stroke, coronary heart disease and diabetes, in addition to communicable diseases [7]. Africa is experiencing one of the most rapid demographic and epidemiological transitions of the world history [2,8]. Quantifying the prevalence of diabetes and the number of people affected with diabetes is important for rational planning and adequate allocation of resources [9,4].

The main objective of this population-based study was to determine the prevalence of diabetes mellitus and impaired glucose tolerance in Luanda-Angola/Africa. We also investigated the associations of glucose metabolism disturbances with body adiposity.

A cross-sectional study was conducted in Ingombota municipality, an urban community representative of Luanda, the capital of Republic of Angola. Luanda is a cosmopolitan city and its estimated population is of 6 million with a predominant Bantu ethnic group. Medical students were trained as interviewers. Administrative authorities of Ingombota municipality agreed with the study and the population was informed and invited to participate through meetings. The minimum sample size of 700 people was calculated by estimating a possible prevalence of diabetes of 5%, with an acceptable 95% CI and 2% maximum error. Sampling was undertaken using the conglomerate stage. We randomly selected two villages of Ingombota municipality. A two-stage survey was carried out. First, men and non-pregnant women aged 30 to 69 years were invited to participate in the study. After informed written consent was obtained, selected participants were asked to fast overnight. On the next day, a standard questionnaire was applied and the subjects were then submitted to medical examination including the determination of anthropometric (weight, height, BMI=W(kg)/H2(m)) data. Capillary blood from a finger puncture was immediately analyzed for fasting blood glucose concentration by glucose oxidase method using a portable electronic blood glucose monitor (Accu Chek Advantage®) with commercially available strips (Dextrotix®).

Individuals with fasting capillary glycemia (FCG) ≥ 5.55 mmol/l and <11.1 mmol/l (positive screening test) were immediately submitted to a 75 g oral glucose tolerance test and capillary glucose was measured 2 hours later (second phase of the study). Every sixth consecutive individual who screened negative (FCG <5.55 mmol/l) was also submitted to the glucose load test. Previously-diagnosed individuals and those with fasting or two-hour capillary glycemia ≥ 11.1 mmol/l were considered to have diabetes mellitus. Individuals with two-hour capillary glycemia ≥ 7.77 mmol/l and <11.1 mmol/l were considered to have impaired glucose tolerance (IGT) and those with FCG <7.77 mmol/l were considered to have normal glucose tolerance. BMI between 20.0 and 24.9 was considered normal, 25 to 29.9 overweight and equal or higher than 30 obese.

Data were analyzed using the SAS statistical software. The results are shown as mean and standard deviation or as percentage. A logistic regression was made for diabetic group and impaired glucose tolerance group. The level of statistical significance was set at 5%.

A total of 998 subjects were enrolled but because of a fear of HIV analysis or not at home on the day of the interview, 709 subjects participated in the study. The response rate was 71%, which indicates a moderated cooperation of the eligible participants. Thus, 709 subjects participated in the first phase of the study and 220 (31%) in the second phase, 85 (38.6%) of them as control (corresponding to the each sixty consecutive subject who screened negative). The mean age of the 709 subjects (52% female) was 46.8 ± 10.9 years old with the majority of them within the young age groups.

Table 1: Prevalence of diabetes mellitus and impaired glucose tolerance in a sample of population aged 30 to 69 years old from Luanda/Angola-Africa.

Table 2: Logistic regression results of the groups of patients with diabetes and normals from the sample of Luanda population aged 30 to 69 years.

Table 3: Logistic regression results of the groups of patients with IGT and normals from the sample of Luanda population aged 30 to 69 years. 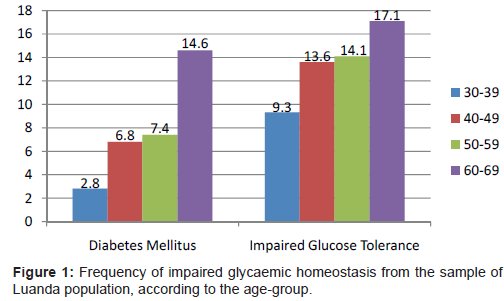 Figure 1: Frequency of impaired glycaemic homeostasis from the sample of Luanda population, according to the age-group. 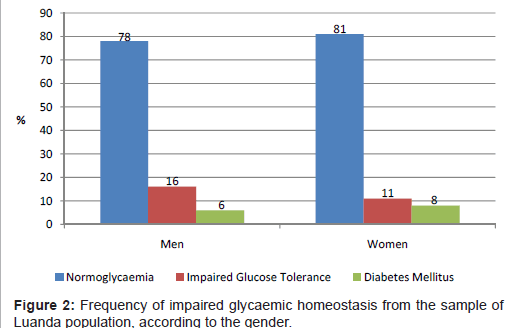 Figure 2: Frequency of impaired glycaemic homeostasis from the sample of Luanda population, according to the gender. 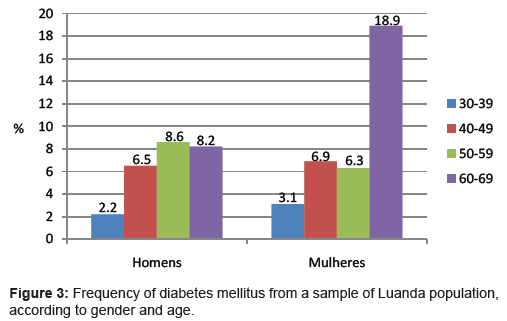 Figure 3: Frequency of diabetes mellitus from a sample of Luanda population,according to gender and age.

The prevalence of diabetes mellitus and impaired glucose tolerance in the sample of population of Luanda (7.1% and 12.9%, respectively) were higher than that found in sub-Saharan African countries studies carried out during nineties, except South Africa. As a result of increasing determinant factors for non communicable diseases in Africa, one recent study curried out in Kinshasa (capital of Democratic Republic of Congo) with same criteria, showed a diabetes prevalence of 19.5% and IGT prevalence of 7.5% [10]. The prevalence of impaired glucose conditions found in this study compared to that found in the study carried out in a rural community of Angola [11] is much higher probably because of western life style adopted in urban areas resulting in higher prevalence of overweightand obesity. Luanda, a cosmopolitan city is on the way of rapid urbanization and economic growth which lead to much money available for food intake. Diabetes coexists with other factors of metabolic syndrome, increasing the risk of death from cardiovascular diseases. According to King and Rewers [9], the prevalence of diabetes mellitus in the urban community studied is moderate (3-10%) but the prevalence of impaired glucose tolerance is within the high range (11-20%). This is the first study to evaluate the prevalence of diabetes mellitus and IGT in an urban community of Angola-Africa. These data are important to give an epidemiological basis for a public health program in this country to prevent diabetes and other morbidities.

Copyright: © 2012 Evaristo-Neto AD, et al. This is an open-access article distributed under the terms of the Creative Commons Attribution License, which permits unrestricted use, distribution, and reproduction in any medium, provided the original author and source are credited. 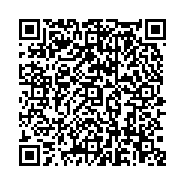