Objective: To evaluate the prevalence of the Tinel Sign in the upper and lower extremities of patients with diabetes in an urban community.

Methods: An IRB-approved, prospective, cross-sectional, descriptive study was performed on patients with diabetes during their visit to the endocrinologist. Eighty-one consecutive patients (162 sides) were examined by a fellowship-trained Hand Surgeon, experienced in performing the “Tinel Sign”. Mean duration of diabetes was 18.5 years. In the upper extremity known sites of anatomic entrapment were percussed; median nerve at the wrist (carpal tunnel), ulnar nerve at the elbow (cubital tunnel), radial sensory nerve in the forearm, and a negative control site. In the lower extremity, sites were tibial nerve at ankle (tarsal tunnel), proximal tibial nerve (soleal sling), common peroneal nerve at fibular neck (fibular tunnel), superficial peroneal nerve, deep peroneal nerve over dorsum of the foot, and a negative control site. Neuropathy was defined as a score greater than 4 on the Michigan Neuropathy Screening Instrument (MNSI). Statistical evaluation included linear regression, analysis of variance, and Tukey’s post hoc test.

Conclusion: Presence of a Tinel sign was highly correlated with presence of neuropathy in diabetics.

An IRB-approved, prospective, cross-sectional study was done of a series of consecutive patients with diabetes having either an initial office visit or a follow-up visit with the endocrinology service at a teaching hospital located in the northeastern United States. Inclusion criteria included all consecutive patients with a diagnosis of diabetes, regardless of age or duration of diabetes. After the patient consented to the study, they were initially seen by the senior endocrinologist followed by the hand surgeon. Exclusion criteria included the presence of confounding causes of neuropathy, such as hypothyroidism, hyperthyroidism, active alcoholism, vitamin deficiency, malnutrition, dementia, prior peripheral nerve surgery (i.e. those decompressed sites were excluded), amputation, stroke and history of small-fiber neuropathy. Patients with abnormal fasting glucose or impaired glucose during the oral glucose tolerance test were not included in the study.

The presence of a Tinel Sign was determined by a fellowshiptrained Hand Surgeon. The flexed middle finger was used to percuss the skin over the known anatomic site of chronic nerve compression. A reflex hammer was not used. After percussion, a positive Tinel Sign was defined as a distally radiating tingling or buzzing phenomena perceived by the patient. In the lower extremity, pain with palpation at the anatomic entrapment site with or without distal radiation was equivalent to a positive Tinel’s Sign. For example, a positive Tinel’s Sign would be noted if the patient experiences pain with palpation at the fibular neck (i.e. common peroneal nerve compression) even without distal radiation. The presence of neuropathy was determined by the score of the Michigan Neuropathy Screening Instrument [3], with the presence of neuropathy being defined as a score of >4.

For the statistical methods, prevalence was determined for each site by the number of subjects with positive Tinel Signs at that site divided by the number of subjects. Ninety-five percent confidence intervals were determined for each prevalence. To determine the relationship between the number of positive Tinel Signs in each subject and their MNSI scores a simple linear regression was determined as well as the correlation coefficient. To compare MNSI scores with the number of Tinel Signs (none, one limb, or both) for individual sites, an analysis of variance was performed. If this analysis was found to be significant (p<0.05), a Tukey’s post hoc test was done to determine pairwize differences.

The control sites in the upper and in the lower extremity had 0% prevalence of a positive Tinel Sign.

Eighty of the eighty-one patients had Type II diabetes. The mean duration of diabetes was 18.5 years. The prevalence of a Tinel Sign in the upper and lower extremity is illustrated in figure 1. In the upper extremity sites of subjects with neuropathy (MNSI>4), the range of prevalence for the individual sites ranged from 46.2% (left carpal tunnel) to 65% (left cubital tunnel). In subjects who presented without neuropathy (MNSI < 4) the range was between 2.4% for radial sensory nerve (both left and right) and 19.5% for the right cubital tunnel.

Figure 1: Prevalence of Tinel’s sign with and without neuropathy.

Table 1 indicates the chances of both right and left sites of having positive Tinel Signs if either limb has a positive sign. The chances are 38.2%, 42.2%, 44.7% and 48.4% for carpal tunnel, cubital tunnel, the common peroneal (i.e. fibular tunnel) and tarsal tunnel, respectively.

This study documents the prevalence of the Tinel Sign in the upper and lower extremity of patients with diabetes and demonstrates that the high positive correlation of Tinel Sign with the degree of neuropathy (r=0.94). This correlation was stratified according to the site for entrapment neuropathy, at individual and aggregate sites. In our study, the presence of neuropathy was determined by the Michigan Neuropathy Screening Instrument, which recently has been demonstrated again to be reliable and to correlate well with neuropathy as defined electrophysiologically in a cohort of patients with diabetes [4]. In this recent study, the prevalence of neuropathy was found to be 33% by electrodiagnostic criteria and 31% by the MNSI being >4, the criteria used in our study.

The presence of a positive Tinel Sign correlates well with the presence of chronic nerve compression. Experimental models of chronic nerve compression in the lower extremity of the rat [5] and primate [6] have demonstrated demyelination after 6 months of mild compression. Diabetic rats have been demonstrated electrophysiologically to be susceptible to chronic compression using this same model [7]. Using more sophisticated evaluation techniques, it has been demonstrated that the earliest changes with this model are in the Schwann cells and associated with axon sprouting [8,9], providing the neurophysiologic basis for the clinically elicited Tinel sign. Recently, a positive Tinel sign has been correlated with electrodiagostic studies for ulnar nerve compression at the elbow [10], and a positive Tinel sign has been demonstrated to be of positive predictive value in the response of tibial nerve decompression at the medial ankle in diabetics with neuropathy [11]. In our study, the areas that revealed the greatest number of positive Tinel Signs (i.e. from greatest to least) for the upper extremity were the ulnar nerve at the cubital tunnel, radial sensory nerve in the forearm, and median nerve at the wrist. For the lower extremity, these sites were the tibial nerve at the tarsal tunnel, common peroneal nerve at the knee, deep peroneal nerve at dorsum of the foot, tibial nerve in the calf, and, finally the superficial peroneal nerve in the leg (Table 1).

The results of this study suggest that patients with diabetes who complain of numbness and tingling (paresthesias) or muscle weakness in the upper or lower extremities should undergo a physical exam which consists of Tinel Sign evaluation at the known sites of anatomic entrapment of peripheral nerves. The differential diagnosis should include peripheral neuropathy, polyneuropathy, radiculopathy, and chronic nerve compression at one or more locations. Electrodiagnostic testing should be considered to distinguish among these potential diagnostic possibilities. We also suggest that the presence of a mononeuropathy, such as carpal tunnel syndrome in the upper extremity, should trigger the caregiver to search for entrapment neuropathy in the lower extremity.

The limitations of this study include: (1) the Tinel Sign is not compared with the electrodiagnostic evaluation of the same peripheral nerve in our patient population, and (2) pre-diabetic patients are not evaluated. In order to establish the clinical diagnosis of tibial nerve compression at the medial malleolus (Tarsal tunnel syndrome), the American Academy of Neurology recommends completing a history and physical examination, including the presence of a positive Tinel sign, and carefully excluding radiculopathy and polyneuropathy [12]. Then, the Academy advises the following confirmatory tests: (A) Tibial motor Nerve Conduction Studies (NCSs) (B) Medial and Lateral Plantar mixed NCSs, (C) Medial and Lateral plantar sensory NCSs, and (D) the utility of needle electromyography is unclear. Recent electrophyisologic studies have demonstrated specific tests for early diagnosis of neuropathy [13], and for the presence of superimposed chronic nerve compression, at least for the median nerve in the carpal tunnel [14].

We thank Dr. Norman Dubin, PhD, from the Medstar Hospital Department of Statistics, for the evaluation of the data in this study, Dr. Inwha Cho, MD from the Neurology Division of Union Memorial Hospital, for manuscript review, and Mrs. Lyn Camire, from the Department of Medicine, for editorial analysis.

Copyright: © 2013 Shar Hashemi S, et al. This is an open-access article distributed under the terms of the Creative Commons Attribution License, which permits unrestricted use, distribution, and reproduction in any medium, provided the original author and source are credited. 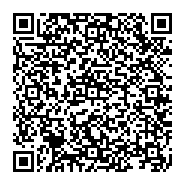