Retinopathy is a common complication of type 2 diabetes. Several factors including hyperglycemia and hypertension play important roles in retinopathy progression. However, the actual mechanistic pathways are not yet discovered. Prolactin via its antiangiogenic characteristics may exert protective effects on retina. We performed a case- control study in order to investigate the potential role of 23KD prolactin in retinopathy.

A total of 212 type 2 diabetics were recruited in this study. According to retinopathy they were divided into two groups. Group one (70 patients) suffered diabetic retinopathy and group two (142 patients) did not have retinopathy. There were significant differences in diabetes duration and hyperglycemia and systolic hypertension between two groups (p<0.05). However we did not find any significant difference in prolactin level between two groups (p>0.05). Serum 23 KD prolactin does not seem to have protective role in diabetes retinopathy.

Retinopathy is a common microvascular complication of diabetes mellitus. It is the most common cause of blindness during reproductive years. Nearly all patients with diabetes will have some degree of retinopathy within 20 years of their diagnosis [1]. Although there is no clear etiologic factor for this complication, multiple conditions including hyperglycemia, duration since diabetes diagnosis, hypertension, inflammatory factors and even age at the time of diagnosis play crucial role in its pathogenesis [2]. The increased understanding of the mechanistic pathways causing hyperglycemia-induced retinopathy has precisely emerged new targets against which novel therapies have been innovated. Diabetic retinopathy is characterized by capillary cell reduction and increased vasopermeability which induce hypoxia and ischemia concluding to increased angiogenesis [3]. Disturbance in antiangiogenic protection mechanisms can accelerate neovascularization and retinopathy. Vasoinhibins are peptides derived from prolactin (PRL), growth hormone and placenta lactogen. Cathepsin-D or matrix metaloproteases proteolytically cleave PRL to 16 KD N-terminal fragments with antiangiogenic actions [4]. Theses peptides decrease vasodilatation and angiogenesis [5]. Animal studies have demonstrated that Vasoinhibins antagonize vascular endothelial growth factor (VEGF) and reduce NOS activation [6]. PRL, which is secreted from pituitary gland provides other benefits when produced locally in multiple human tissue such as endothelial cells [7]. PRL is expressed throughout retina [4]. One animal study proved that intracardiac radioactive PRL injection will incorporate into ocular tissue [8]. A study reported that PRL level is increased in diabetics and it is lower in patients with retinopathy than in diabetics without retinopathy [9]. The authors of this study claimed that inducing hyperprolactinemia may represent a novel therapy against diabetic retinopathy [9]. We performed a case-control study in order to investigate the probable role of 23 KD prolactin (PRL), as a source of intraocular Prolactin [9], in diabetic retinopathy.

A total of 212 patients with type 2 diabetes, evaluated for inclusion/exclusion criteria and enrolled in the study. Inclusion criteria included type 2 diabetes according to ADA diagnostic criteria [10]. Exclusion criteria were drugs and medical conditions that affect serum prolactin level consisting of: medical history of prolactinoma, hypothyroidism, chronic renal failure, liver cirrhosis and treatment with drugs that increase prolactin level, pregnancy and breast feeding, recent psychologic stress, recent hospitalization, acromegaly and cushing disease. Age, diabetes duration (<5years,5-10 years,>10 years ), diabetes treatment (insulin, oral agents), body weight and blood pressure were recorded in a data collection sheet. Retina specialist carried out complete ophthalmic exam including indirect ophthalmoscopy and fundus exam with contact lens. In each patient, the eye with worse level of retinopathy was considered as the level of retinopathy in that patient. According to the presence or absence of abnormal new blood vessels emanating from the retina, diabetic retinopathy divides into Nonproliferative or proliferative. Non- proliferative diabetic retinopathy (NPDR) can be further classified according to severity (Table 1) [11]. Blood samples drawn from cubital vein between 8 and 10 am after at least 8 hours fasting ,before medication administration and checked for fasting blood sugar(FBS), hemoglobin A1C(HbA1C), serum lipid profile , creatinin and prolactin level.Insulin level was measured only in patients who did not recieive insulin. Albumin to creatinin ratio in spot urine sample was also checked for all patients. Values of albumin/ creatinin between 30-300mg/gr and over 300mg/gr in spot urine were considered as microalbuminuria or macroalbuminuria respectively [12]. Blood pressure more than 130/80 is defined as hypertension in diabetics [13]. FBS was measured by glucose oxidize method (Human, Germany) and HbA1c by chromatography (Biosource Kit, Barcelona Spain), lipids were measured by enzymatic methods (Parsazmon Karaj, Iran) and insulin by IRMA (Immunothec, Beckman) kits and prolactin by (Immunotech, Beckman Intraassay2.8%) kits. Homeostasis model assessment-insulin resistance (HOMA-IR) index was calculated to measure insulin resistance in patients who did not receive insulin.

Table 1: Classification of non-proliferative diabetic retinopathy according to the severity.

Institutional Review Board and Ethics Committee of Mashhad University of Medical Sciences approved the study and all participants filled the informed consent.

Table 2: Demographic and laboratory characteristics of the study population.

A total of 212 patients with type 2 diabetes mellitus were enrolled in this study. There was no difference in serum 23 KD PRL level between retinopathic and non-retinopathic diabetics. The association between PRL and diabetic retinopathy has been always a matter of controversy. Considerable number of studies performed on this issue and they demonstrated increased [14], decreased [15], or normal [16] PRL concentration in patients with diabetic retinopathy. PRL is the main source of vasoinhibins [4]. Study of vasoinhibins in animal models demonstrated that these proteins, derived from prolactin hormon, could decrease vasopermeability and antagonize the proangiogenic effects of VEGF [6]. Arnold et al. also reported that all diabetics had higher level of circulating prolactin than the control subjects and those without retinopathy had higher concentration compared with patients with proliferative retinopathy [9]. Triebel et al. developed a new technique to measure prolactin-V (vasoinhibin) levels in the sera of retinopathic diabetics and compared it with a group of normal males. They concluded that diabetic patients had lower level of this protein [17]. Mooradian and colleagues performed a case-control study and showed that prolactin level although in most cases stayed in normal range, was significantly higher in diabetics compared to normal group. However, they did not find any association between serum PRL level and HbA1C, insulin concentration or retinopathy [14]. Present study evaluated diabetics with or without retinopathy and in contrary to Mooradian and Arnold study; we did not measure prolactin level in normal participants. However, in our study, we performed subgroup analysis according to the level of retinopathy and although those who had sever non-proliferative retinopathy had lower PRL concentration, the difference was not statistically significant. However, the lower number of patients in the case group may explain this.

In our study, like many previous ones [18], there was significant difference in diabetes duration between retinopathic and control group and duration since diabetes diagnosis was more than 10 years in most subjects with retinopathy (66.7% versus 32.1%, P=0.00). The time interval since the patient is exposed to abnoramally high blood sugar is an important risk factor for this complication. In few studies, however, diabetes duration independent of blood glucose level was the main factor responsible for retinopathy [19]. In this study we found a strong correlation between hyperglycemia and retinopathy and glycosylated hemoglubolin (HbA1C) was significantly higher in case group (P=0.00), which resembles the UKPDS results [20]. Considerable number of studies have evaluated the impact of long term hyperglycemia on microvascular complications. In contrary to older studies recently scientists have suggested that tight blood glucose control can increase mortality [21]. The ADVANCE study even proved that retinopathy prevalence was the same in both tight and wellcontrolled group [22]. We also found significant association between retinopathy and systolic hypertension (P=0.007). Again, this was the same as UKPDS results. The WESDR study also proved that systolic hypertension is an important predictor of retinopathy progression in type 2 diabetics but not in type one diabetics [23]. Although most previous studies demonstrated significant association between retinopathy and hypercholesterolemia, we could not prove that high cholesterol level is a predictor of retinopathy.

One of our limitations in this study was that we could not measure the 16 KD fragment of PRL, which proved to induce the antiangiogenic effects. Second limitation of this study was the lack of healthy control group. Sample size especially in retinopathics, can also be regarded as a limitation in this study. Designing another study that compares vasoinhibin and prolactin levels in both diabetic and healthy participants with enough sample size seems to be logical.

This study was supported by a grant from Mashad University of Medical Sciences.

Copyright: © 2012 Shokoofeh B, et al. This is an open-access article distributed under the terms of the Creative Commons Attribution License, which permits unrestricted use, distribution, and reproduction in any medium, provided the original author and source are credited. 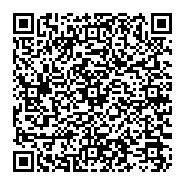