Background: Hypoglycaemia in elderly Type 2 diabetes mellitus (T2DM) patients causes significant morbidity as the elderly are more prone to the effects of neuroglycopenia and are unable to mount a rapid and effective counter response. Rarely an insulinoma may occur in elderly T2DM subjects and may cause refactory hypoglycaemia.

Case report and management: An octagenarian man with T2DM, Parkinson’s disease and atrial fibrillation was admitted with leg cellulitis and was treated appropriately. He then developed Klebsiella pneumoniae pneumonia and septicaemia and an acute coronary syndrome. However his stay in hospital was characterized by multiple, frequent, symptomatic and distressing hypoglycaemia requiring ferquent intravenous glucose.

Elevated serum insulin and C peptide levels during hypoglycaemia (plasma glucose 1.8 mmol/l), high chromogranin A, and a 2.5 cm low density lesion in the pancreatic head with a liver secondary confirmed a metastatic insulinoma. He was unsuitable for invasive investigations. His hypoglycaemia was refractory to high dose diazoxide, prednisolone and octereotide.

Conclusions: We report a malignant insulinoma in an elderly, T2DM patient whose disease was punctuated by distressing hypoglycaemia. A palliative approach was adopted with close involvement of the patient and his family.

Type 2 diabetes mellitus (T2DM) is common in the elderly with an estimated crude prevalence of 16.7% in 60-74 year olds in the USA [1]. Hypoglycaemia is dangerous in them because of a heightened susceptibility to neuroglycopenia [2] and their inability to mount a prompt and strong neuroendocrine response to it [3]. Amongst the common causes of hypoglycaemia, agents such as sulphonylureas, insulin secretagogues and insulin, or drugs potentiating their effects (e.g. incretins), are important. If responsible, these drugs should be withdrawn promptly. In the absence of incriminating drugs, other rarer but well recognised causes should be considered (Table 1).

Table 1: The differential diagnosis of hypoglycaemia in a subject with T2DM should include the more rare causes outlined above after drugs have been excluded.

The rare insulin secreting neuroendocrine tumour (NET), the insulinoma, which occurs mainly in young and middle aged individuals, is one of them [4]. The hallmark of an insulinoma is hypoglycaemia. The majority of them are benign but rare malignant insulinomas present a complicated problem because of refractiory hypoglycaemia and the complexities of tumour resection–many have already metastasized at presentation [5]. Newer therapeutic modalities have been used but they are currently essentially palliative e.g. the tyrosine kinase inhibitor sunitinib and the mTOR inhibitor evorolimus [6,7]. Interestingly, insulinomas may very rarely complicate pre-existing diabetes mellitus although there appears to be no causal relationship [8-10]. The aetiology of the condition in T2DM is speculative but the effects of chronic hyperinsulinaemia do not seem to play a role because of the paucity of insulinomas in T2DM.

We present an octagenarian T2DM subject who developed refractory severe hypoglycaemia during an acute illness. Following withdrawal of all hypoglycaemic therapy, endocrine investigations demonstrated a malignant insulinoma. We discuss important features of his diagnosis and the significant difficulties encountered in his management.

A previously independent 82 year old man was admitted with cellulitis of the leg complicating a fall. He had poorly controlled T2DM (HBA1c 64 mmol/mol HbA) on Metformin 500 mg twice daily. He also had Parkinson’s disease (PD) and atrial fibrillation and was on appropriate therapy (Cobeneldopa, Pramipexole, Diltiazem and aspirin). Clinical examination revealed features of PD, atrial fibrillation without heart failure, and leg oedema with ulcers and cellulitis on both sides. His blood sugar was 7.8 mmol/l; sodium 141 mmol/l; potassium 3.7 mmol/l; urea 6.9 mmol/l; and creatinine 92 mmol/l. On the 2nd day he developed recurrent episodes of symptomatic hypoglycaemia for the first time and despite metformin withdrawal he continued to have severe refractory, symptomatic hypoglycaemia requiring multiple frequent intravenous bolus doses of 50% dextrose given through a large bore cannula. This continued throughout his hospital stay. In the second week he developed hospital acquired pneumonia, Klebsiella pneumoniae septicaemia and an acute coronary syndrome for each of which appropriate treatment was given.

Investigations during an episode of symptomatic hypoglycaemia (venous plasma glucose 1.8 mmol/l), revealed inappropriately elevated plasma insulin and C peptide levels (Table 2). Chromogranin A was 156 pmol/l (reference range 0-56) suggesting the presence of a NET. A CT scan showed a 2.5 cm low density lesion in the head of the pancreas and a single hypodense lesion in the liver, consistent with a metastatic pancreatic tumour. There was no regional lymphadenopathy or spread to adjacent organs. Furthermore, there was no evidence of thoracic or abdominal mesenchymal tumours on X ray and CT imaging. A short synacthen test, gut hormones, liver, bone and renal profiles were normal. His urine was negative for sulphonylureas. Multiple blood cultures revealed a growth of Klebsiella pneumoniae, and a concomitant chest X ray showed haziness on the right side. He was unfit for endoscopic ultrasound examination, abdominal MRI scans, Somatostatin receptor scintigraphy or biopsy of his single liver lesion. His initial treatment consisted of Co-amoxiclav which was changed to Tazocin, with multiple frequent bolus doses of dextrose, fondaparinux, aspirin and clopidogrel in appropriate doses.

Table 2: Inappropriately elevated serum insulin and C peptide levels during significant hypoglycaemia and chromogranin A levels suggested an insulin secreting pancreatic neuroendocrine tumour, which was confirmed by CT scanning of the abdomen.

Following discussion at the multidisciplinary neuroendocrine group, an early decision was made to withhold surgical intervention in view of his multiple significant comorbidities and his present clinical status (particularly his ACS) making him a very high risk surgical candidate. To counteract his hypoglycaemia, he was given prednisolone 60 mg/day, diazoxide 500 mg/day and Octreotide 150-600 mcg/day singly and in combination in addition to frequent bolus doses of glucose. Despite these, his clinical progress was punctuated by distressing frequent, multiple, severe hypoglycaemia. Although they partially responded to intravenous bolus doses of concentrated dextrose, the frequency of these episodes and the need for multiple boluses caused a significant dilemma both to the patient and his medical attendants. We followed a pragmatic approach–alleviating neuroglycopenia and keeping the patient comfortable. At all stages the patient and his family were consulted and were involved in the decision making process. However, during an episode of severe hypoglycaemia he died.

This subject with poorly controlled T2DM developed severe recurrent attacks of hypoglycaemia for the first time in his ninth decade, complicating significant acute illnesses (leg cellulitis, hospital acquired pneumonia and ACS). Appropriate investigations indicated that a malignant insulinoma was the cause for his symptoms. An early decision was made to refrain from invasive intervention in view of his considerable comorbidities and acute illnesses which placed him in a very high risk category for anaesthesia and surgery. However, active care was given with appropriate drugs and frequent intravenous boluses of concentrated dextrose and the patient was kept comfortable throughout his stay with us.

Our patient was noteworthy for several reasons:

(a) His insulinoma complicated pre-existing T2DM. This is a very rare combination [8-10]. He also had multiple acute illnesses which may have contributed to his metabolic instability e.g. septicaemia.

(b) He first developed symptoms of an insulinoma in the ninth decade. The occurrence of insulinomas in this age group is very rare [11,12].

(c) His multiple acute and chronic comorbidities made invasive investigations and surgery unsafe. We decided on a pragmatic but ultimately palliative approach using currently available drugs (Table 3), which proved to be ineffective

Table 3: There is an increasing array of therapies now available for treating neuroendocrine tumours. Most of them are currently reserved for subjects with unresectable tumours.

Insulinomas which are the commonest pancreatic NETs, are usually benign (90%), and nearly 60% of them occur in females who are between 40-60 years of age. These usually solitary tumours are small and 40% are less than 1 cm in diameter [13]. They may occur in subjects with T2DM but this is very rare. Studies from the United States, Japan and Taiwan have reported only 3 with concomitant T2DM in a combined total of 779 insulinoma patients [4,10,14]. Reporting bias notwithstanding, this paucity of published reports probably accurately reflects the rare nature of this association. However a family history of diabetes occurs in 30% of subjects with insulinoma [4]. The incidence of insulinomas in type 1 diabetes mellitus is even rarer.

The aetiology of insulinomas in diabetic subjects is entirely speculative. Although it would be attractive to invoke the growth promoting effects of insulin, as far as we are aware there is no convincing proof that insulin promotes pancreatic beta cell growth [15,16]. Nor would this be consistent with the paucity of insulinomas in T2DM, the hyperinsulinaemic condition par excellence.

The reason why our patient developed a malignant insulinoma at such an advanced age is also not clear. The natural history of insulinomas suggests that malignant transition from benign disease is rare [17]. Other trigger factors for such transition or de-novo occurrence of insulinomas are currently only speculative and not too well known. There are several reports of the very elderly T2DM subjects developing insulinomas [11,12]. Our patient is another such example.

Surgical resection is the treatment of choice for insulinomas. Total tumour resection with resection of liver metastases, partial tumour resection, and tumour debulking (for symptom control) are currently available surgical interventions. Recurrence occurs in more than 60% after “curative” resection and disease free survival may be as long as 5 years [4]. However, radiofrequency ablation, chemoembolisation and peptide receptor radionuclide therapy are other treatment modalities that are available for carefully selected groups of patients [18,19].

Drugs that counter the glucose lowering effects of insulin reduce insulin secretion or block the action of insulin, are important in symptom control. These are used either in preparation for surgery or for alleviation of hypoglycaemia when surgery is contraindicated or incomplete. Newer groups of drugs control hypoglycaemia and affect tumour growth through other mechanisms and may have to be used in individual patients. We mention briefly their modes of action (Table 3), but a full discussion of these is beyond the scope of this report.

The involvement of a multidisciplinary team of experts in this subject’s care was a significant benefit to both him and his family. This occurred at an early stage i.e. from the time a decision was made to refrain from further investigations or surgery. Furthermore, the involvement of the patient and his family at every step of the decision making process was very useful to his medical attendants and greatly appreciated by the family. However, his refractory hypoglycaemia was clearly distressing to the patient and also to his family when they witnessed them.

We have presented an octagenarian with T2DM and multiple comorbidities who presented with severe intractable hypoglycaemia during a complicated acute illness. It is important to consider rarer causes for hypoglycaemia once offending drugs have been excluded and appropriate investigations done. The management of his disease was complicated by (a) his preexisting and current comorbdities which made him a very high risk patient for surgical intervention; (b) the likely disseminated nature of his insulinoma and (c) his very poor response to a combination of drugs, which ultimately were of a palliative nature only. The patient and his family were involved at every stage in the decision making process and a multidisciplinary approach was adopted at all times. The prognosis of functioning malignant NETs is poor and if surgical intervention is contraindicated, currently available therapy does not add greatly to a satisfactory outcome. Our patient had a comfortable final few weeks because of the active participation of a multidisciplinary team of physicians and nurses.

Copyright: © 2013 Govindan J, et al. This is an open-access article distributed under the terms of the Creative Commons Attribution License, which permits unrestricted use, distribution, and reproduction in any medium, provided the original author and source are credited. 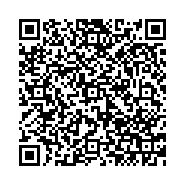