Background: Hyperglycemia in hospitalized patients is found to be associated with increased risk of complications, systemic infections and mortality. Thus, managing and controlling glucose blood levels in these patients are essential. The aim of the present retrospective study was to evaluate the efficacy of standardized electronic insulin orders, using a computerized physician order entry (CPOE), in controlling blood glucose levels, preventing hypoglycemic events and reducing the variability of daily blood glucose levels during hospitalization of patients with diabetes mellitus in internal medicine departments.

Methods: Data were obtained from an internal medicine unit that used the standardized electronic insulin orders (Department 7) and compared to data from 6 other internal medicine departments in which the standardized electronic insulin orders was not used (Departments 1-6). The variability of daily changes in blood glucose levels was determined by the standard deviation of the daily changes and respective coefficient of variation.

Hyperglycemia in hospitalized patients (with or without diabetes) was found to be associated with increased risk of complications, systemic infections and mortality [3-5, CDC Diabetes-Data and Trends-Hospitalization, 2010]. In patients who underwent surgery, the risk of developing non-fatal stroke, septic complication or death after 24 hours, increased 2.7-fold when postoperative blood glucose exceeded 225 mg/dl [6]. Krinsley et al. reported mortality rates of 9.6% and 42.5% among intensive care patients with normal and high (exceeding 300 mg/dL) glucose concentrations, respectively [7]. Moreover, the mortality rate was found to rise with every 10 mg/dl increase in glucose above 120 mg/dl, in patients hospitalized with acute myocardial infarction, especially in those without a history of DM [8]. In light of these observations, managing and controlling glucose blood levels in hospitalized patients are essential to reduce morbidity, mortality and health care costs. Insulin is the most effective agent for immediate control of hyperglycemia in the hospital.

A variety of insulin therapy protocols have been shown to be effective in achieving glycemic control, with a low rate of hypoglycemic events, consequently improving hospitalization outcomes. A basal-bolus insulin regimen combines a long-lasting insulin analog to prevent hyperglycemia upon fasting and between-meals; together with a number of bolus dosages of rapid-acting analog throughout the day, to prevent hyperglycemia after food intake. The 2015 American Diabetes Association Standards of Medical Care in Diabetes has recommended a multidisciplinary approach to glucose management, which incorporates standardized electronic insulin orders in hospital protocols [9].

The aim of the present study was to compare blood glucose levels, hypoglycemic events and variability of daily blood glucose levels, between patients with diabetes hospitalized in one internal medicine department that uses a standardized electronic insulin orders of basalbolus regimen and between patients hospitalized in internal medicine departments that do not use such a system.

For this retrospective study, all point-of-care bedside glucose (POC-BG) tests performed in diabetic patients hospitalized in 7 internal medicine wards between August 2010 and December 2012 were accessed. At our medical facility, nonsurgical patients are arbitrarily hospitalized in one of the 7 internal medicine departments. Patients who undergo acute coronary events and who are candidates for percutaneous coronary intervention are hospitalized in intensive coronary care unit, and not internal medicine units. During the study period, the most common diagnoses in the 7 departments that were included in the current study were: chest pain, pulmonary disorders, and infections. Patients who did not survive hospitalization were not included in the analysis.

Data were compared between one internal medicine department (Department 7), which utilized a standardized electronic insulin orders of basal/bolus regimen [“Chameleon” EMR, Computerized Physician Order Entry (CPOE)], and between 6 other internal medicine departments in which the standardized electronic insulin orders was not used (Departments 1-6). The Chameleon CPOE is an electronic medical record information system that stores and provides patient administrative and clinical information to hospital staff (http://www. elad-solutions.com).

In department 7, a multidisciplinary team including physicians, nurses trained in DM management and a dietitian collaborated in their utilization of the CPOE to achieve desired blood glucose values for hospitalized patients. The therapeutic approach was based on a basalbolus protocol that was implemented for all patients with an average of 2 POC-BG values exceeding 200 mg/dl at admission. Regular POC-BG measurements were collected 3-4 times daily, before meals and at bedtime. The CPOE displayed blood glucose curves and physician orders for basal, bolus and correction doses of insulin. Types of insulin used were: the long acting glargine (Lantus, Sanofi, Paris France) and detemir (Levemir, Novo Nordisk Inc. Plainsboro, NJ USA) and the short acting NovoRapid (Novo Nordisk), lispro (Humalog, Eli Lilly, Indianapolis, Indiana, USA) and glulisine (Apidra, Sanofi-Aventis). The total daily dose (TDD) of insulin was calculated according to 0.3-0.5 unit/kg. Physicians entered the appropriated TDD calculation (0.3, 0.4 or 0.5 unit/kg) and the CPOE displayed the daily basal and bolus doses; with 50% of the TDD given as basal and 50% as bolus insulin. The total bolus insulin was divided into 3 doses, and administered before meals. When POC-BG was >180 mg/ dL before a meal, the CPOE displayed the correction dose of short acting insulin to be added, by the attending nurse, to the calculated pre-meal short acting insulin (glucose blood levels 180-250 mg/dL – addition of 2 units, 180-250 mg/dL - addition of 3 units, 300-350 mg/dL - addition of 4 units, and when glucose blood levels were > 350 mg/dL a physician was consulted). In the case of a hypoglycemic event, TDD was reduced by 20%. A flowchart of the treatment protocol was implemented in the CPOE “Chameleon” EMR system.

Statistical analyses were performed using SAS® V9.3 (SAS® Institute, Cary NC, USA). Continuous data were summarized by means and standard deviations, and categorical data by a count and percentage. Categorical variables were compared with a chi-squared test. Daily mean blood glucose levels were compared using repeated measures analysis of variance (RMA) (SAS® PROC MIXED), lsmeans (model estimated means) were presented with standard errors. Pairwise differences between the lsmeans were compared between the departments. Using a repeated measures mixed model we also calculated the variability of the daily changes in glucose levels per department. The model estimated mean glucose value was calculated from the model intercept and the overall daily variability, i.e. the standard deviation of the daily fluctuations in BG levels was calculated from the model variance components, and is presented with 95% confidence intervals. The coefficient of variation, which is a measure of relative variability comparable across studies, is also presented as a percentage (CV%=100*[mean/SD]). The proportion of hypoglycemic patient days was calculated by checking if the daily mean value was < 70 mg/dL and calculating the ratio: number of patient days with mean < 70 mg/dL / number patient days. 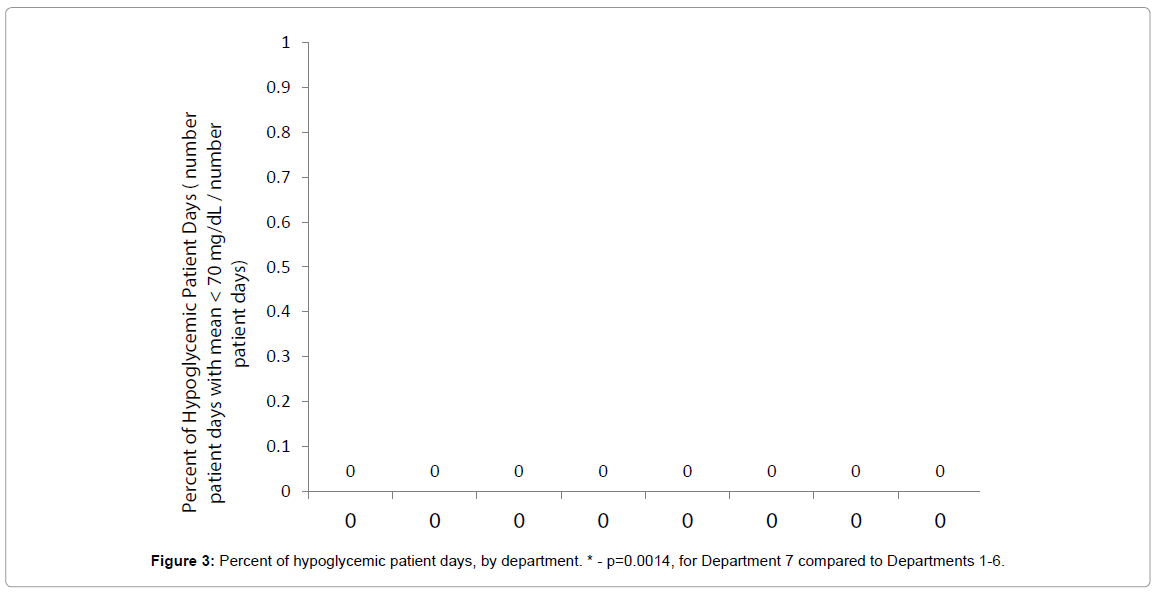 Table 1: Variability of daily changes in blood glucose levels measured by the standard deviation of the daily changes and coefficient of variation (CV%).

Hyperglycemia in hospitalized patients is a common, serious problem, which requires a large portion of health care budgets. Effective management of hyperglycemia is known to prevent complications, as well as to decrease length of hospitalization and mortality rates; both in patients with and without a known history of diabetes. Diabetes management in hospitals is aimed not only to achieve blood glucose control, but also to prevent hypoglycemic events. Consistency in the management of hyperglycemia and the utilization of a physiological basal-bolus insulin treatment regimen promote attainment of these goals [10]. Implementation of protocols for hyperglycemia management for hospitalized patients, as well as self-management in the community, requires simplicity, safety and effectiveness.

A comparative study by Wilson et al. revealed extensive variability in target ranges of glucose blood levels, among 12 published protocols for hyperglycemia management. There were also differences in bolus dosing and in the adjustments of insulin doses according to glucose blood levels. The authors concluded that the ideal insulin infusion protocol should achieve glycemic control within a short time, yield minimal events of hypoglycemia, and have a low risk of error and negligible requirements of medicinal and nursing manpower [11].

In a study that was performed by Farquhar at the Kelowna General Hospital, Kelowna, BC, Canada, a hyperglycemia protocol, based on the Canadian Diabetes Association guidelines, was used for several years in the intensive care unit and in the renal unit. The medical and nursing staff reported that the protocol was very effective and safe, resulting in improved in-hospital management of DM patients and prevention of hypoglycemia episodes [12]. The NICE-SUGAR Study was a large, international trial in which 6104 patients admitted to intensive care units were randomized to undergo intensive control or conventional control of blood glucose levels. Intensive glucose control was found to increase mortality; a blood glucose target of 180 mg/dL or less resulted in lower mortality than did a target of 81 to 108 mg/dl [13]. According to the RABBIT 2 Trial, the basal-bolus insulin regimen was found to be preferable to a sliding scale of regular insulin for the management of non–critically ill, hospitalized patients with T2DM [14]. In addition, intensive insulin therapy was found to be beneficial in reducing the mean glucose concentration, but not in preventing its variability. Egi et al. hypothesized that, since variations in glucose concentration might contribute to the pathogenesis mechanisms of hyperglycemia, they may predict mortality in critically ill patients [15]. They performed a large retrospective study, in which 168,337 blood glucose measurements were collected from a cohort of 7,049 critically ill patients, and the standard deviation of the blood glucose concentration was used as a tool to measure its variability. The study revealed that blood glucose variability levels were significantly associated with patients’ mortality. Thus, decreasing variability of blood glucose is an important aspect of glucose management.

Following the above findings, the American Diabetes Association recommended that hospitals should develop methods to treat inpatient glucose blood levels [9]. In contrast to previous recommendations for tight glycemic control, a more moderate target range of 140 to 180 mg/dl was recommended. To prevent hypoglycemia, glucose targets less than 110 mg/dl were not recommended. Thus, a clear protocol should be developed that facilitates the induction of corrective changes according to a patient’s glucose levels, the rate of changes and individual response to insulin.

The patients included in the current analysis represent a range of clinical conditions that are managed in internal medicine departments. Though data are not available to compare the demographic and clinical characteristics of the patients in the particular departments, we expect that they are similar, since allocation of patients to departments was arbitrary. The present and other studies show that computerized insulin orders used to control glucose blood levels prevent unnecessary variation in clinical care and improve healthcare quality, efficiency and safety. Thus, upon improvements in technical and regulatory issues, as well as standardization of protocol development, validation and maintenance, electronic hyperglycemia management protocols should be distributed and incorporated in order to improve patient care during hospitalization.

Copyright: © 2015 Dicker D, et al. This is an open-access article distributed under the terms of the Creative Commons Attribution License, which permits unrestricted use, distribution, and reproduction in any medium, provided the original author and source are credited. 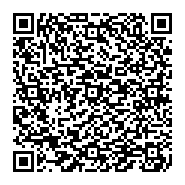