The Indirect Costs of Diabetic Foot Ulcers in Poland

Methods: Based on a prospective survey the effects of ulcers on patients’ professional activities were measured, and in addition, the disease-associated loss of productivity in the population of professionally active patients and caregivers was examined. Loss of productivity was measured using a modified WPAI questionnaire. The indirect costs of both absenteeism and presenteeism were estimated using the human capital approach.

Conclusions: The indirect costs associated with foot ulcers in patients with DFS impose a substantial burden on the Polish economy.

Diabetes is one of the most common chronic diseases worldwide. According to data from the World Health Organization (WHO), 347 million people in the world suffer from diabetes [1]. The International Diabetes Federation (IDF) estimates that approximately 1.9 million people in Poland have been diagnosed with diabetes, and another 650,000 people live with undiagnosed diabetes [2]. Not only is diabetes one of the main cases of mortality in the general population (responsible for approximately 5% of all deaths, including 6% to 27% of deaths among people aged 35–64 years), this condition also involves a high risk of disability [3]. It is also estimated that the risk of disability in populations with diabetes is 50–80% higher than that in the general population [4]. The main causes of disability in diabetes include vascular complications such as micro- and macroangiopathies as well as neuropathies, which lead to cardiovascular diseases, strokes, kidney diseases, blindness and lower extremity amputations [3]. Diabetic foot syndrome (DFS), i.e., ulcers, infection or deep tissue damage below the ankles in patients with diabetes, is the most common cause of lower extremity amputations in diabetes [5]. DFS is believed to be one of the most common complications of diabetes and a major determinant of disability [6]. Indeed DFS is estimated to affect one out of every four persons with diabetes [7]. Moreover, the treatment for DFS is a long-term process that can generate considerable healthcare costs, as therapy needs to be delivered by multidisciplinary teams of specialists in the fields of diabetology, general and vascular surgery, orthopedics, radiology, microbiology, neurology, physiotherapy and rehabilitation as well as specialized nursing staff [6]. Long-term treatment and frequent disability caused by foot ulcers can also generate considerable costs attributed to productivity loss. To the best of our knowledge, the indirect costs (i.e., costs associated with lost or impaired productivity at work) in the population of patients with DFS in Poland have not been previously analyzed, and only a small number of reports on this issue have been identified in the international literature. In the study by Prompers et al., the estimated indirect costs of approximately 6.4% of the total cost associated with DFS were significantly lower compared with the direct costs [8]. However, it should be noted that this study estimated only the cost of sickness absence, without taking into account the costs associated with the disability and the costs of presenteeism i.e., being at work but not fully functioning because of a medical condition. Bearing in mind the clinical complexity of DFS and the fact that this disease constitutes a significant social problem, the aim of our study was to estimate the indirect costs associated with DFS in Poland and to identify clinical factors (severity of ulcers) that could influence these costs.

The analysis covered indirect costs associated with both absenteeism and presenteeism. Loss of productivity in the population of patients and their informal caregivers was examined. A prospective survey in the population of DFS patients with active foot ulcers who were treated in ambulatory settings at the Department of Gastroenterology and Metabolic Diseases of the Medical University of Warsaw was conducted from September 2011 to December 2012. The survey also included these patients’ informal caregivers (the survey was conducted by post). We evaluated the patients’ clinical condition, i.e., the severity of ulcers using the PEDIS scale, the duration of ulceration, the diabetes type, the duration of diabetes and the duration of current treatment. Basic demographic data, including age, gender, education, place of residence and employment sector, were also collected. Loss of productivity was measured using a self-designed questionnaire and the Work Productivity and Activity Impairment (WPAI) questionnaire modified to assess the impact of foot ulcers on the productivity of patients and their caregivers [9].

Indirect costs were estimated using the human capital approach (HCA), under which the indirect costs of a disease are incurred throughout the duration of the condition/disability [10]. As a financial measure of human capital, gross value added per person employed in the national economy was used. According to data of the Central Statistical Office of Poland, this value amounted to EUR 22 919.52 in 2011 [11]. Based on the nominal number of hours worked in 2011 (1945) adjusted by the estimated number of holiday hours (9.7%), i.e., 1,756 hours worked per person employed, gross value added per person employed per 1 working hour was estimated at EUR 13.05. All amounts are provided in Euros (exchange rate: EUR 1.00 = PLN 4.20) [12].

Demographic and clinical characteristics of the study population

The study involved 215 patients diagnosed with DFS, with 4.4 years of DFS duration on average. Men (72%), residents of urban areas (79%) and type 2 diabetes patients (86%) prevailed, with 17.8 years representing the mean time since diagnosis. The mean population age was 62.5 years. More than 50% of patients had no perfusion abnormalities in the affected limb, and approximately 40% had a superficial full-thickness ulcer, generally without clinical symptoms of infection. In the vast majority of patients (89%), loss of protective sensation was present. The average ulcer size was 6.9 sq cm, and generally only one limb was affected. Detailed demographic and clinical characteristics of the patient population are presented in Table 1.

Table 1: Demographic and clinical characteristics of patients and caregivers

Effects of ulcers on professional activity 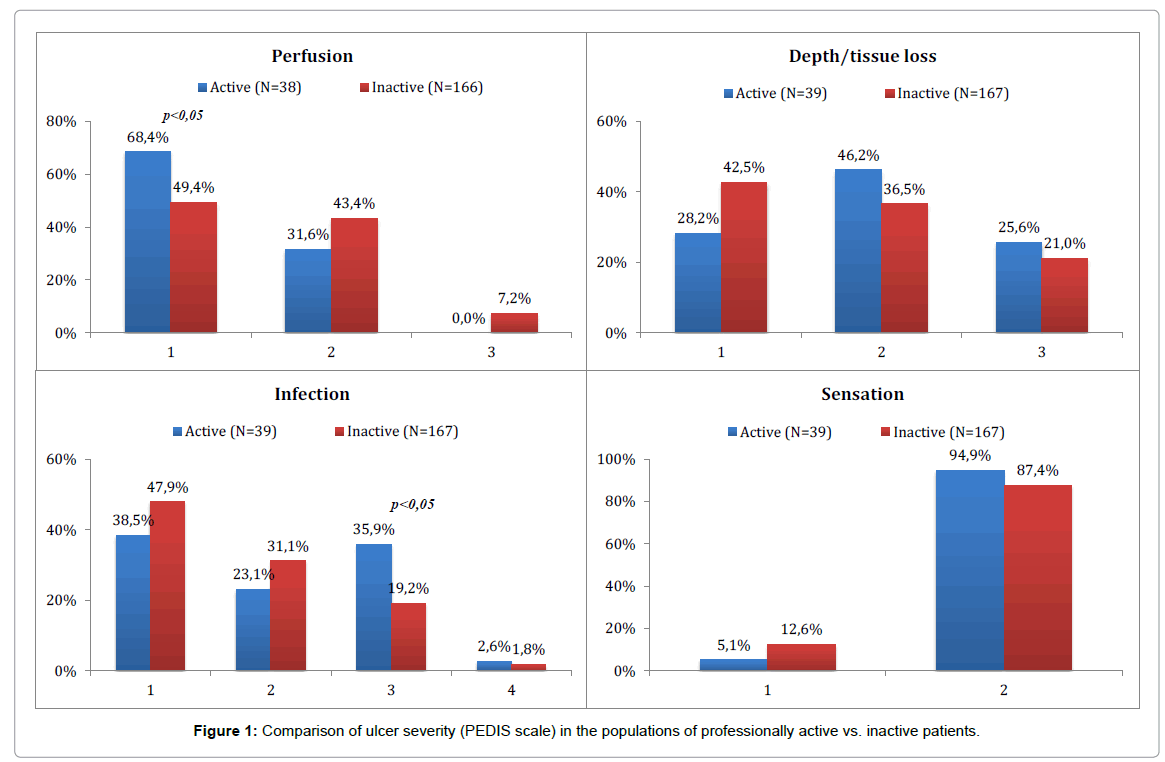 Figure 1: Comparison of ulcer severity (PEDIS scale) in the populations of professionally active vs. inactive patients.

Loss of productivity – population of patients

Table 3: Productivity loss in the populations of patients and informal caregivers

Based on a review of epidemiological data, the prevalence of foot ulceration in DFS patients in Poland was estimated at approximately 80,000 (47,000 to 128,000). Based on the working population percentage (19.6%) calculated in the study, the population of working patients with foot ulceration in DFS in Poland was estimated at approximately 15,500 (9,200–25,000). For the calculated population and the estimated productivity loss per patient, the total annual indirect costs associated with productivity loss amounted to EUR 170.8 million (EUR 101.6 million–276.5 million), including EUR 117.3 million in costs for sickness absence (EUR 69.8 million–189.8 million) and EUR 53.5 million in presenteeism costs (EUR 31.8 million–86.5 million).

By relying on the calculated proportion of professionally active informal caregivers of DFS patients with foot ulcers (45%), the estimated population of professionally active informal caregivers was estimated at 35,500 (21,100–57,500) in Poland. For the calculated population of informal caregivers and the estimated productivity loss per caregiver, total annual indirect costs associated with productivity loss amounted to EUR 303.3 million (EUR 180.6 million–491.1 million), including EUR 80.8 million in costs for sickness absence (EUR 48.1 million–130.8 million) and EUR 222.6 million in presenteeism costs (EUR 132.5 million–360.3 million).

Estimations of indirect costs are difficult to verify due to the lack of similar estimates for Poland or other countries. The 2006 study by Kawalec and Pilc, in which the indirect costs of diabetes in Poland were estimated to be PLN 6.3 billion (i.e., approximately EUR 1.5 billion), can be used (at least to some extent) for comparison [18]. Based on these data, it can be assumed that indirect costs associated with foot ulceration in DFS account for a significant (approximately 10%) share of the total indirect costs associated with diabetes. However, it should be noted that Kawalec and Pilc used a different methodology for measuring indirect costs; for example, the cost of reduced productivity at work was not accounted for. The indirect costs estimated in this study are also difficult to compare to the direct costs of treating DFS patients in Poland. The only calculation of cost of care provided by Kawalec and Pilc was roughly PLN 22.5 million (EUR 5.4 million) for DFS care hospitalization and roughly PLN 860 million (EUR 205 million) for outpatient care in 2002 [19]. According to the latest NHF data, the costs of hospitalization for diabetic foot ulcers amounted to more than EUR 4.4 million in 2013; however, studies indicate that the actual costs of hospitalization are at least two times higher [20,21]. Despite the lack of accurate and up-to-date estimates of the direct costs of DFS treatment in Poland, it can be concluded from the available data that the indirect costs associated with this disease are at least comparable with, and in some cases greatly exceed, the direct costs related to hospital care.

The last issue to discuss is whether the treatment of foot ulcers makes economic sense from the point of view of population productivity. Our study revealed that the professional activity of DFS patients with foot ulcers was clearly lower in comparison to that of the general population. Moreover, it was also demonstrated that the severity of ulcers, and particularly their size, had no significant effect on productivity loss. Attention should also be paid to the fact that diabetic foot ulcers require multidisciplinary, long-term and intensive treatment and that this treatment often fails to provide any clinically satisfactory improvement [22]. Thus, the question arises of whether it would be economically more justifiable to use surgical treatment (i.e., limb amputation) instead of conservative treatment (limb preserving), especially in light of indications of the increased efficiency of this type of intervention [23]. Apart from the clinical aspect, it is worth noting that a large percentage of patients after amputation (approximately 34%) do not return to work or are forced to change their professional activities [24]. According to our study, although the proportion of professionally active patients with DFS was lower than the estimate for the general population (19.6% vs. 32.9%), professionally active patients with DFS generate a fairly substantial added value to the economy (estimated at roughly EUR 221 million). With amputation, more than one out of three patients would not return to work, and the potential indirect costs associated with amputation in this population would amount to more than EUR 75 million. Moreover, it should be noted that these costs are incremental in relation to the costs estimated in this analysis, and therefore amputation would cause at least a 50% increase in productivity loss costs.

In conclusion, the present study indicates that indirect costs associated with foot ulcers in patients with DFS impose a substantial burden on the Polish economy, which should be taken into account in the adoption of any healthcare-related financial decisions referring to this population of patients.

Funding: This study was funded by the National Science Centre grant no. N N404 084440. Publication of the study results was not contingent upon the sponsor’s approval.

Copyright: © 2015 Macioch T, et al. This is an open-access article distributed under the terms of the Creative Commons Attribution License, which permits unrestricted use, distribution, and reproduction in any medium, provided the original author and source are credited. 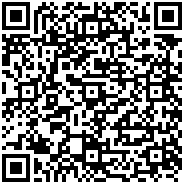