Several studies have shown that prolongation of QT interval predicts the risks of all-cause and cardiovascular mortality. Moreover, a close association was reported between prolongations of QT interval and pulse wave velocity (PWV) in general population without preexisting cardiovascular disease. The aim of this study was to evaluate the relationship between QT interval and PWV in patients with type 2 diabetes without preexisting cardiovascular disease. In a cross-sectional study of 251 Japanese patients with type 2 diabetes, we examined the correlation of the heart rate-corrected QT interval duration (QTc) with PWV or other various parameters, including age, duration of diabetes, body mass index, systolic blood pressure, hemoglobin A1c, serum cholesterol, creatinine, uric acid, potassium, severity of diabetic nephropathy or retinopathy and current treatment of diabetes. The QTc correlated positively with PWV (r=0.268, p<0.0001). Multiple regression analysis demonstrated that the QTc was independently correlated with PWV (β=0.155, p=0.0119), after adjustment for known risk factors. According to the receiver operator characteristic analyses (ROC), the area under the ROC curve (AUC) of QTc and the Framingham 10-year coronary heart disease risk score (FRS) for arterial stiffness were 0.69 and 0.64, respectively. The AUC of QTc for arterial stiffness was similar to that of FRS for artificial stiffness (p=0.6532). In conclusion, the QT interval could be a marker of subclinical atherosclerosis in patients with type 2 diabetes.

The number of patients with type 2 diabetes is progressively increasing all over the world, and diabetic vascular complications have become a public health problem of considerable magnitude. Cardiovascular disease (CVD) is the primary cause of mortality and morbidity in patients with type 2 diabetes, and several related metabolic disorders including hypertension, dyslipidemia, and hyperuricemia combined with diabetes have been shown to accelerate the progression of CVD [1,2]. Thus, one of the main targets of practice in patients with type 2 diabetes is to detect early atherosclerotic changes. Arterial stiffness can be assessed simply, noninvasively, and reproducibly by measuring pulse wave velocity (PWV) along the thoracoabdominal aorta. PWV is a marker for both severity of vascular damage and prognosis in atherosclerotic vascular disease [3].

We performed a cross-sectional study in 251 consecutive patients with type 2 diabetes who were recruited from the outpatient clinic at Kyoto Prefectural University of Medicine. We then evaluated the relationship of the QTc with PWV as well as various parameters, including serum cholesterol, creatinine, uric acid, fasting plasma glucose, hemoglobin A1c, severity of diabetic nephropathy or retinopathy and current treatment for diabetes. All patients provided details of their demographics, medical history and medication usage. Body mass index (BMI) was calculated as weight in kilograms divided by height in meters squared. Type 2 diabetes was diagnosed according to the Report of the Expert Committee on the Diagnosis and Classification of Diabetes mellitus [6]. Retinopathy was graded as follows: no diabetic retinopathy (NDR), simple diabetic retinopathy (SDR), or proliferative diabetic retinopathy (PDR). Patients were classified as smoker or non-smoker, according to a self-administered. The Framingham 10-year coronary heart disease (CHD) risk score (FRS), which allows physicians to predict multivariate CHD risk in patients without overt CHD, was recorded based on total and high density lipoprotein cholesterol, systolic blood pressure and diastolic blood pressure, age, sex, the presence of diabetes mellitus and current smoking habits [7].

Measurements of QTc and PWV and ankle-brachial index

Standard, resting 12-lead ECG was performed using an ECG device (FCP-4266; Fukuda Denshi, Tokyo, Japan) in the supine position in the morning. Heart rate (bpm) and QT interval duration (ms) were determined automatically using the PI-10 ECG Analysis Program (Fukuda Denshi). The program calculated the QT interval duration from the beginning of QRS to the end of the T wave. The QT interval duration was corrected for heart rate to calculate QTc according to Bazett’s equation [10]. QTc=QT interval duration [ms]/(60/heart rate)1/2. The brachial-ankle (ba) PWV were measured using a Colin Waveform analyser (form PWV/ABI; Colin Medical Technology, Komaki, Japan), which simultaneously measures pulse volumes in the brachial and posterior tibial arteries using an oscillometric method and bilateral arm and ankle blood pressure, respectively. Both were measured after allowing the patient to rest in the supine position for at least 5 min. For measuring baPWV, pulse volume waveforms of the brachial and tibial arteries were recorded. The full description of the method has been given elsewhere [3]. After determining baPWV bilaterally, the higher value was taken as a representative for each patient. Ankle-brachial index (ABI) was calculated bilaterally as the ratio of systolic pressure in the ankle to systolic pressure in the arm, with the lower value considered a representative for each patient.

The statistical analyses were performed using the JMP version 8.0 software (SAS Institute Inc., Cary, North Carolina) and p value <0.05 was considered statistically significant. Mean, median or frequencies of potential confounding variables were calculated. Skewed variables such as triglycerides and UAE were presented as median (interquartile range), and continuous variables were presented as the mean ± standard deviation (SD). Mann–Whitney U tests, Kruskal–Wallis rank tests were conducted as appropriate to assess statistical significance of differences between groups. Because triglycerides and UAE showed skewed distributions, logarithmic transformation was carried out before performance of correlation and regression analyses. The relationships between QTc and PWV or other variables were examined by liner regression analysis. For examination of the effects of various factors on PWV, the following factors were considered simultaneously as independent variables for multivariate linear regression analysis: age, sex, duration of diabetes, BMI, systolic blood pressure, hemoglobin A1c, total cholesterol, log triglycerides, creatinine, uric acid, potassium, smoking status, use of antihypertensive drugs or statin, insulin treatment and QTc. Receiver operator characteristic (ROC) analyses were performed to calculate area under the ROC curve (AUC) of QTc or FRS for arterial stiffness defined as PWV >1800 cm s-1 [11], using the ROCKIT (http://xray.bsd.uchicago.edu/krl/roc_soft.htm).

Table 2: Correlation between QTc and other variables.

In the present study, the QTc correlated with PWV, which has been shown to be a functional marker for subclinical atherosclerotic disease in central and peripheral arteries [3,12]. In addition, the association was independent of systolic blood pressure, glycaemic control, duration of diabetes or other conventional CVD risk factors, suggesting an independent relationship between the QTc and subclinical atherosclerosis. To our knowledge, our study firstly showed the association between the QTc and PWV in patients with type 2 diabetes without preexisting CVD.

Prevalence of prolonged QT interval is higher in patients with type 2 diabetes as compared to patients without diabetes mellitus [18,19]. Moreover, prolongation of QT interval predicts the risks of all-cause and cardiovascular mortality not only in healthy population [4], but also in patients with diabetes mellitus [20]. In patients with diabetes, several risk factors of prolongation of QT interval have been cited in the literature, including age [19], gender [21], components of insulin resistance syndrome such as BMI [21], hypertension [21,22], insulin concentration [23] and hyperglycemia [24], diabetic microvascular complications such as diabetic retinopathy [21], neuropathy [21] and microalbuminuria [19,22] and preexisting coronary heart disease [19,22]. Our data shown that age, systolic blood pressure and log UAE were also correlated with the QTc in patients with type 2 diabetes, as previous studies shown. And, there is a small size study which investigated the association between prolongation of QT interval and carotid intima thickness, which is another structural marker of subclinical atherosclerosis in patients with type 2 diabetes mellitus [25]. Taking these findings together, it seems plausible that the QTc is associated with subclinical atherosclerosis in patients with type 2 diabetes without preexisting CVD. We showed that the AUC of QTc for arterial stiffness was similar to that of FRS, a marker of CHD. Thus, this result also showed that the QTc could be a marker for arterial stiffness. The diagnostic relevance concerns the diagnostic utility of QTc evaluated by ECG as a provisional new risk marker of subclinical atherosclerosis that can be measured easily in the clinical laboratory and applied in medical practice.

This study has some limitations that require consideration. First, this study was a cross-sectional design, which did not permit the determination of causality. Second, this is a single-site study and the sample size was relatively small. Thus the study population might not accurately represent the underlying population. Third, this study included only Japanese patients and thus cultural and sociodemographic differences might have affected our results. Fourth, we had no data of the QTc in non-diabetic subjects in this study. Therefore, we could not compare the QTc in patients with type 2 diabetes with that in non-diabetic subjects. Lastly, we did not check serum calcium and magnesium which is known to the cause of QTc prolongation. However, to the best of our knowledge, the present study is the first report on the relationship between the QTc and PWV in patients with type 2 diabetes. Large prospective trials are needed to better assess the relationship between the QTc and subclinical atherosclerosis in patients with type 2 diabetes.

Copyright: © 2013 Hashimoto Y, et al. This is an open-access article distributed under the terms of the Creative Commons Attribution License, which permits unrestricted use, distribution, and reproduction in any medium, provided the original author and source are credited. 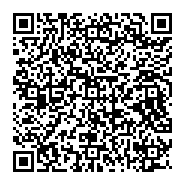