The Use of a Mixture of Hypericum Perforatum and Azadirachta indica for the Management of Diabetic Foot Ulcers: A Case Series

Introduction: Diabetic foot ulcers (DFU) represent a growing health care issue worldwide, representing one of the most dramatic consequences of poorly controlled diabetes. A first successful experience on a patient with extremely advanced feet ulcers treated with a mixture of Hypericum perforatum and Azadirachta indica (Hyperoil™) has induced us to use the same treatment on a series of patients with less severe ulcers. Aim of this report is to summarize the results observed in this case series.

Methods: All patients afferent to the Wound Care Units of Pisa, Ragusa and Modena - Italy (WCU) from June 2012 to June 2013 followed a standardized diagnostic/therapeutic scheme to manage diabetes and coexisting conditions. All DFUs were treated with Hyperoil™ at home, when diabetes was well compensated at WCU. Changes in HbA1c, pressure and pain have been evaluated using paired t-test.

Results: All the 16 patients recovered their DFUs 2 to 10 months after starting Hyperoil™ treatment. During this period HbA1c improved and pain due to DFUs disappeared in all patients; furthermore, hypertension was better compensated.

Diabetes affected 171 million people worldwide in 2000; this number is expected to duplicate in 2030, when WHO estimate 366 million cases [1]. These numbers are even more dramatic in developing countries as Africa, Eastern Mediterranean and South-East Asian Regions, where the prevalence is expected to be close to triple in the same timeframe [1], thus becoming a pandemic issue moving from richest countries to worldwide population. A systematic review on the prevalence of diabetes and its complications in Northern Africa found that diabetes prevalence ranged from 2.6% in rural Sudan to 20.0% in urban Egypt and, in general, was significantly higher in urban areas than in rural areas. The same study showed that undiagnosed diabetes ranges from 18% to 75% [2].

The potential risks linked with advanced diabetes, especially when uncontrolled or poorly controlled, are well recognized: only 3.6% of patients achieve the three American Diabetes Association (ADA) recommended targets for blood pressure, LDL cholesterol, and HbA1c in poor countries like Latin America [3]. The prevalence of chronic diabetes complications in North Africa ranged from 8.1% to 41.5% for retinopathy, 21% to 22% for albuminuria, 6.7% to 46.3% for nephropathy and 21.9% to 60% for neuropathy [2].

Advanced complications of diabetes, including diabetic foot ulcer, constitutes a major challenge, especially in low-income countries, and can have a huge impact on patients, families, and society [2].

Improvements in foot ulceration diagnosis and prevention can reduce amputation risk and reduce health care costs [3] but, for example, 6.7% of subjects with diabetes consulted a health care professional for diabetic foot in 2009 in Chile [4].

The appearance of foot ulcers almost always worsens glycaemia because of the infections that are difficult to be controlled [8]. As diabetic wounds are burdened by severe impairment of local microcirculation, they’re linked with an increased risk of infections. Infections let glycaemic control even more difficult than before, in a patient that is, almost always, poorly controlled. A negative loop between ulcer worsening, metabolic worsening, and difficulty of patient’s treatment starts, and can take the patient to foot amputation [9].

If possible, open or endovascular revascularization is attempted. Ulcer debridement defined as the removal of foreign debris and devitalized or contaminated tissues from a wound bed so that the surrounding healthy tissues are exposed [10], is frequently needed; as ulcers often degenerate, periodical debridement have to be performed [9].

Hyperoil™ is a mixture of hypericum flowers extract (Hypericum perforatum) and nimh oil (Azadirachta indica) produced by RIMOS S.r.L. Mirandola (MO) - Italy (Medical Device Class IIB CE0476). A case report on the successful use of Hyperoil™ in an elderly patient with advanced bilateral diabetic foot has been recently published [11]. The use of Hyperoil™ in this patient allowed wound home care, when the patient received only a 2 times a week cleaning of the lesions, performed by relatives, without any other surgical or clinical intervention [11]. There were no changes in any other treatment of the patient, while ulcer management paralleled with significant improvements in glycaemic control (HbA1c between seven point six percent and seven point seven percent) [11].

Learning from this experience, where Hyperoil™ seem to be an effective and cheap therapy for advanced diabetic foot ulcers that, for the first time, allow home caring without the intervention of highly specialized personnel and with a significant reduction of surgeries, the use of Hyperoil™ was started on all patients afferent to the Wound Care Units of Pisa, Ragusa and Modena - Italy (WCU) with diabetic ulcers. Results obtained after up to 1 year follow up will be described in this article.

All patients, first of all, had the best medical treatment according with ADA guidelines for diabetes [16], stroke prevention [17,18], and for their disease or, more commonly, diseases. Then, they all performed echo-colour-Doppler. If the results did not highlight abnormalities, the patient had wound care. If not, transcutaneous oxygen and carbon dioxide partial pressure, laser-Doppler and bio-microscopic evaluations were performed. After these assessments, depending on their results, angiography and revascularization or Iloprost trometamol (Iloprost trometamol 0.067 mg equivalent to iloprost 0.050 mg diluted in 250 ml of normal ringer solution, infused using a pump-syringe for 12-24 hours) treatment were performed according with Leriche-Fointaine clinical classification [19,20], on the same day of first visit. If patients didn’t respond to Endoprost, angiography and revascularization were performed, too. In any case, all patients had wound care.

Hyperoil™ was used on foot ulcers not yet needing surgical procedures. Patients started their treatment with Hyperoil™ in the WCU. Each wound was accurately cleaned-up with physiologic solution before the application of Hyperoil™. Then, the lesion was protected with non-adhesive gauze and accurately bandaged [21]. Dressing was changed every two days. These are very simple and simple to teach procedures, so dressing changes and sequent Hyperoil™ applications were performed at home, usually by nurses or relatives. Patients were asked to attend periodical clinical medical checks (normally every month) in WCU, to assess metabolic status and ulcer’s progression, and to update therapies accordingly.

All patients were controlled for metabolic parameters with the goal of optimizing glycaemic control, having target HbA1c of 7% and fasting blood glucose between 80 mg/dL and 120 mg/dL, according with ADA guidelines [16].

All patients were asked to evaluate their perceived pain administering Visual Analog Scale for pain (VAS) [22].

Patients continued to be treated with this approach at WCU, but the results obtained in all patients enrolled in the first year were decided to be disclosed because of the consistency of the outcomes. All patients were followed-up until June 2014.

All patients gave their signed informed consent to be included in this case series.

The foot ulceration area varied from 10 to 420 cm2. Most of the ulcers were really deep and advanced, having 14 of the 16 patients lesions with bone exposition. All patients received antibiotic therapy at WCU admission administering a rifamycin or specific antibiotics determined after the identification of the infective agent and antibiogram test.

All patients were shifted to intensive insulin therapy when admitted to WCU, using insulin glargine as basal insulin, administered at bedtime, and insulin as part or insulin lispro administered at breakfast, lunch and dinner after checking fasting glycaemic levels to determine the most appropriate dosage according with clinical experience. No changes in dietary habits were prescribed. HbA1c at baseline ranged between 8.8% and 14.0% (average 11.2%; SD 1.7%) (Table 1).

All patients performed echo-colour-Doppler, bio-microscopy and transcutaneous oxygen and carbon dioxide partial pressure evaluation. Angiography was also performed on the eight patients not responding to Iloprost trometamol and laser-Doppler fluximetry on 6 nonamputated ones.

Ten of the all the 16 patients have had a previous minor amputation; the distribution by foot ulcer genesis is described in Table 2.

All patients had very advanced foot ulcers that, following the usual approach, would need intensive treatments including surgery (in most cases multiple), hospitalizations or, at least, home care performed by a specialist.

All the 16 patients recovered their foot ulcers 2 to 10 months after starting Hyperoil™ treatment. None of the patients was lost to followup. Some examples of recovered lesions are shown in Figure 3.

None of the patients had gangrene progression or new wounds in the observed period, being at 3, 6 and 12 months after ulcer recovery. Only one patient had a local infection that was treated with an additional washing and a daily administration of Hyperoil™.

Figure 4: HbA1c values for each patient at baseline and at foot ulcer recovery.

Figure 7: Pain perceived by each patient at baseline and at foot ulcer recovery measured with VAS score.

HbA1c remained stable between ulcers recovery and the end of the observation for each patient as blood pressure, and all patients remained pain free (Table 1). In this period insulin dosage was revised at all control visits; two patients with neuropathic diabetic foot ulcer without PAOD and one of the non-neuropathic patients with PAOD were shifted from insulin therapy to oral antidiabetic therapy with metformin, because of the improved diabetes control. None of

The observed case series support the hypothesis that Hyperoil™ might be used at home without the continuous assistance of specialized personnel for the satisfactory management of diabetic foot ulcers.

This was clearly not due to the direct effect of Hyperoil™ but might be linked with the reduction of infections, the improved patient’s surveillance and the increased motivation of these very difficult patients that, after a long period of continuous worsening of their health, experienced some sort of recovery in one of the most impacting of their multiple diseases. Furthermore, as patients were at home, caregivers (mainly relatives) felt more responsible about their role in supporting patients. This could have interrupted the negative feedback cycle linked with the appearance of diabetic foot ulcers, linking diabetes control with ulcers progression and infection. Furthermore, the possibility of managing diabetes wounds at home, instead than hospitalizations needed for surgical treatments of diabetic foot ulcers, should have contributed to treatments compliance and, thus, to general diabetes management.

According with ADA guidelines, the main strategy for the prevention and treatment of diabetic foot ulcers remains an adequate glycaemic control [16]. Several other options have been tested for the treatment of this invalidating complication of diabetes. Nutrition supplementation, including curcumin, L-Arginine, or vitamin E, have not proven a substantial efficacy [23]. The intra-lesional administration of human recombinant epidermal growth factor has shown the presence of complete granulation in 75% of patients after 5 months of treatment and re-epithelisation in 61% of cases after 1.2 years; amputations were needed in 12% of cases [24]. A large cohort study has shown that the use of lipid lowering medications reduces the risk of lower extremity amputations by 35-43% [25]. The use of Hydrogel dressings has been found having significantly greater effect on ulcer healing than larval therapy or platelet-derived growth factors [26] as some other treatments are under evaluation [27-34].

Because of these literature data showing results less satisfactory than the ones we observed while using Hyperoil™, we’re continuing to use Hyperoil™ for the treatment of diabetic foot ulcers in WCU, to understand its possible use in earlier stages of the disease, too.

These preliminary observations need to be scientifically evaluated in well-designed controlled studies where Hyperoil™ has to be compared with available standard treatments.

The author thanks all patients and their relatives for having accepted to be included in this observation and for their consent to publish this case series, as all personnel in WCUs who have supported these patients. The author thanks Andrea Rossi for his friendly support in medical writing, Marzia Lugli and Oscar Maleti for their kind collaboration and ready effectiveness in their vascular surgery centre (Cardiovascular Department, Hesperia Hospital, Modena, Italy).

Citation: Iabichella ML (2015) The Use of a Mixture of Hypericum Perforatum and Azadirachta indica for the Management of Diabetic Foot Ulcers: A Case Series. J Diabetes Metab 6:499.

Copyright: ©2015 Iabichella ML. This is an open-access article distributed under the terms of the Creative Commons Attribution License, which permits unrestricted use, distribution, and reproduction in any medium, provided the original author and source are credited. 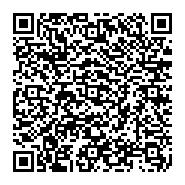