Hypertension is the most prevalent cardiovascular disease in the world. Because of associated morbidity and mortality it is in one of the most important public health problems. Hypertension is the most important cause of heart failure with low or preserved ejection fraction. If hypertension develops concomitant with diabetes mellitus treatment problem of the two diseases becomes more complex. It is known that beta-blockers may induce type 2 diabetes, but those of new generation such as Nebivolol do not have this effect.

There are many drugs with proven efficacy in lowering blood pressure, but the optimal treatment to prevent progression to heart failure is uncertain. Beta-blockers are a class of drugs with benefits both on hypertension and in heart failure. Drugs of this class have different pharmacological properties in terms hemodynamic and cardiovascular.

Nebivolol is a beta-blocker that causes vasodilatation mediated by nitric oxide release. This medicine lowers blood pressure, prevents endothelial dysfunction and improves coronary flow reserve and diastolic function independent of ventricular geometry changes. Action of nebivolol is superior to classic beta blockers by reversibility of subclinical changes in the left ventricle before the onset of heart failure.

In the early stages of heart failure with preserved ejection fraction the management is not yet established. Therefore it is important to know that in these situations nebivolol has beneficial effects.

There is a high prevalence of hypertension worldwide. Prevalence is higher for males until the age of 50 years. There is an increasing prevalence of this pathology along with age. Hypertension and diabetes are the main cause of heart failure with the preservation or decreased of the ejection fraction thus representing an important public health problem [1].

How Does Diastolic Heart Failure

There are numerous studies showing that arterial stiffness is increased in hypertension. Vascular stiffness influences the propagation velocity of pressure wave generated by cardiac contraction. Pressure wave transmitted through the vessels back to the heart in a short time, resulting in increased pressure of anterograde wave and decreased blood flow. Aortic compliance is low [4,6]. Wave reflection can be accelerated, increasing left ventricular ejection resistance. This mechanism contributes to left ventricular hypertrophy which is associated with impaired diastolic function. Arterial stiffness contributes to myocardial ischemia by altering ventriculo-arterial coupling. In patients with hypertension microvascular ischemia and interstitial fibrosis determine subendocardial dysfunction [7,8].

Diabetes contributes to the development of heart failure by excessive myocardial fibrosis, interstitial accumulation of glycoproteins, and an altered release from dysfunctional coronary endothelium of mediators such as nitric oxide which has vascular relaxation effect [9,10].

How to Diagnose Diastolic Heart Failure

How to Treat Diastolic Heart Failure

By the action of nitric oxide release Nebivolol is one of the most powerful lusitropic agents with additional vasodilating properties. Thus Nebivolol has important therapeutic implications against the cardiovascular risk factors and especially on atherosclerosis [11].

Prospective randomized trials comparing the effects of Nebivolol and Atenolol in hypertensive patients with diastolic dysfunction showed that Nebivolol improves haemodynamic status both at rest and stress. Nebivolol improves the diastolic function and lowers blood pressure and heart rate at rest and at peak stress; it also decreases ventricular mass. The good effect of Nebivolol versus Atenolol may be explained by secondary vasodilatory action of nitric oxide release [12,13].

It is known that drugs that increase the release of nitric oxide significantly reduce the arterial reflected wave. Other studies have shown that in hypertension nebivolol decreases not only aortic stiffness but also reflected wave and the centric aortic pulse pressure. But several studies have shown that early longitudinal diastolic function significantly increased only in patients treated with Nebivolol [13,14]. Nebivolol also significantly increased the longitudinal displacement and the ejection time, thus providing an improved hemodynamic profile. The latest beta-blockers such as Nebivolol improve filling pressure independently of the presence of left ventricular hypertrophy. Effects of Nebivolol on diastolic function are influenced by the duration of treatment and the potential release of nitric oxide. To achieve the desired effects duration of treatment must be at least 3 months [11,12].

Regarding the metabolic effect Nebivolol has recently been shown not to worsen glucose tolerance compared with placebo. Hemodynamic profile of Nebivolol characterized by preserving cardiac output, ejection time prolongation, reduction of peripheral resistance and improved diastolic function, has relevant benefits on the impairment in diastolic function [15].

We followed 48 patients diagnosed with hypertension and diabetes who had left ventricular hypertrophy without coronary heart disease. They were treated for 6 months with Nebivolol and this treatment resulted in improved diastolic function.

Copyright: © 2014 Genel S, et al. This is an open-access article distributed under the terms of the Creative Commons Attribution License, which permits unrestricted use, distribution, and reproduction in any medium, provided the original author and source are credited. 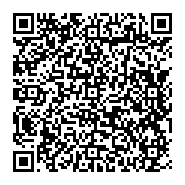