Objective: The vascular endothelial growth factor (VEGFA) gene has been suggested to play an important role in the pathogenesis of diabetic retinopathy (DR). However, the results have been inconsistent. In this study, we performed a meta-analysis to clarify the associations between VEGFA polymorphisms and DR risk across different populations.
Methods: Published literature from PubMed and EMBASE were retrieved. Pooled odds ratio (OR) with 95% confidence interval (CI) was calculated using fixed or random-effects model.
Results: Eight studies (1204 cases and 1198 controls) for rs699947 polymorphism and 10 studies (1666 cases and 1782 controls) for rs2010963 polymorphism were included in the meta-analysis. The results indicated that rs699947 polymorphism was significantly associated with DR among Europeans under a dominant model (OR = 1.47, 95% CI = 1.07–2.02), but not among East Asians under all genetic models. In addition, there was no significant association between rs2010963 polymorphism and DR under all genetic models by ethnicity and type of DR.
Conclusions: The present meta-analysis indicated that rs699947 polymorphism might be associated with the risk of DR among Europeans but not among East Asians; rs2010963 polymorphism was not associated with DR among either ethnic group.

Diabetic retinopathy (DR), a micro-vascular complication of diabetes, is a main cause of blindness in adults [1]. It is well established that DR is determined by both genetic and environmental factors. The longer duration of diabetes, poorer control of blood glucose and elevated blood pressure are the major risk factors in the development of DR. However, genetic factors also play important roles in the pathogenesis of DR [2]. It would be useful to identify molecular markers that may help to predict the development of DR at earlier stages of diabetes.

Vascular endothelial growth factor (VEGFA), an endothelial cell specific mitogen, has been implicated as a major contributor to the development of DR [3]. VEGFA could induce the earliest changes in DR including leukostasis, blood-retinal barrier breakdown, and macular edema and neovascularization in progression of DR [4]. The VEGFA gene is located on chromosome 6p21.3 and consists of 8 exons. The genetic variants in the VEGFA gene are suggested to influence levels of VEGFA protein expression. To date, many studies have investigated the associations between polymorphisms in the VEGFA gene and DR. Of particular attention is -634G/C (+405G/C or rs2010963) polymorphism in the 5’-untranslated region and- 2578C/A (-2549I/D (in high linkage disequilibrium with -2578C/A) or rs699947) polymorphism in the promoter region of the VEGFA gene. However, the results have been inconsistent [5-16]. Two meta-analyses by Abhary et al. [17] and Zhao et al. [18] have indicated that there was no significant association of these two polymorphisms with DR. However, only two studies for rs699947 polymorphism and 5 studies (the variant was in Hardy–Weinberg equilibrium (HWE) in controls) for rs2010963 were included in the meta-analysis by Abhary et al. [17] only 6 studies (the variant was in HWE in controls) for rs2010963 were included in the meta-analysis by Zhao et al. [18]. Most recently, several additionally new articles have been published. Therefore, in this study, we performed an updated meta-analysis with 8 studies for rs699947 polymorphism and 10 studies for rs2010963 to further clarify the associations.

We searched the PubMed and EMBASE literature databases. The search strategy to identify all possible studies involved the use of the following key words: (the vascular endothelial growth factor or VEGFA or VEGF) and (variant or variation or polymorphism or single nucleotide polymorphism or SNP) and (diabetic retinopathy or DR or PDR). All related studies published in English language were included. The reference lists of retrieved articles were hand-searched. If more than one article were published using the same case series, only the study with the latest data was included. The literature search was updated on May 20, 2012.

The studies included in the meta-analysis must meet all the following inclusion criteria: (1) evaluated the associations of VEGFA polymorphism (rs699947 or rs2010963) with DR; (2) used case-control or cohort design; and (3) provided sufficient data for calculation of odds ratio (OR) with 95% confidence interval (CI). The following information was extracted from each study: (1) name of the first author; (2) year of publication; (3) country of origin; (4) sample size of cases and controls; (5) genotype distribution of cases and controls; and (6) p value for HWE test in controls. The two authors independently assessed the articles for compliance with the inclusion/exclusion criteria, resolved disagreements and reached a consistent decision.

The association of VEGFA polymorphism with DR was estimated by calculating pooled ORs and 95% CIs under a co-dominant, a dominant, and a recessive model, respectively. The significance of pooled OR was determined by Z test (P < 0.05 was considered statistically significant). Q test was performed to evaluate the between-study heterogeneity. A random- (DerSimonian-Laird method [19] or fixed- (Mantel–Haenszel method) [20] effects model was used to calculate pooled OR in the presence (P ≤ 0.10) or absence (P > 0.10) of heterogeneity, respectively. Subgroup analysis by ethnicity and type of DR was performed. Begg’s funnel plot, a scatter plot of effect against a measure of study size, was generated as a visual aid to detect bias or systematic heterogeneity [21]. Publication bias was assessed by Egger’s test [22] (P < 0.05 was considered statistically significant). Data analysis was performed using STATA version 11 (StataCorp LP, College Station, TX, USA).

Characteristics of the studies

The literature search identified a total of 75 potentially relevant papers. Of these, 49 papers were excluded because of obvious irrelevance by reading the titles and abstracts. In addition, two reviews [1,23], two meta-analyses [17,18], one article [24] which investigated the association of other polymorphism in the VEGFA gene with DR were excluded. Then, 21 papers met the primary inclusion criteria. However, one duplicated publication [25], four papers [26-29] which provided insufficient data for calculation of OR with 95%CI were further excluded. In addition, because the variant was not in HWE in controls, one article [15] for rs699947 polymorphism was and three articles [30-32] for rs2010963 polymorphism were excluded. Since two studies were included in the article by Abhary et al. [8], they were considered as separate studies in the meta-analysis. At last, 8 studies for rs699947 polymorphism (4 studies on Europeans and 4 studies on East Asians) and 10 studies for rs2010963 polymorphism (5 studies on Europeans, 4 studies on East Asians and 1 study on South Asian) were included in the final meta-analysis. The characteristics of the included studies are listed in (Tables 1 and 2).

Table 1: Characteristic of the studies included in the meta-analysis between rs699947 polymorphism in the VEGFA gene and diabetic retinopathy.

Table 2: Characteristic of the studies included in the meta-analysis between rs2010963 polymorphism in the VEGFA gene and diabetic retinopathy.

There were 470 cases and 431 controls on Europeans, and 734 cases and 767 controls on East Asians being identified for the analysis of the association between rs699947 polymorphism and DR. The results indicated that this polymorphism was associated with DR among European populations under a dominant model (OR = 1.47, 95% CI = 1.07–2.02), but not among East Asians under all genetic models. Since only 2 studies for proliferative DR (PDR) and 1 study for nonproliferative DR (NPDR) were investigated, we did not performed further subgroup analysis by type of DR (Table 3).

Table 3: Pooled ORs and 95%CIs of the association between rs699947 polymorphism in the VEGFA gene and diabetic retinopathy.

Table 4: Pooled ORs and 95%CIs of the association between rs2010963 polymorphism in the VEGFA gene and diabetic retinopathy.

Using the Egger’s test, no publication bias could be detected for the studies on rs699947 polymorphism and rs2010963 polymorphism under all genetic models (all p > 0.05)

The present meta-analysis indicated that rs699947 polymorphism might be associated with the risk of DR among Europeans but not among East Asians; rs2010963 polymorphism was not associated with DR among either ethnic group. Compared to the two previous meta-analyses [17,18], our study had more sufficient power and the conclusions were more convincing.

Based on the numbers provided in the Table 1, in controls (considered as the normal population), the frequency of rs699947 A/C in European populations [combination of the 4 European studies: CC 113 (26.84%), AC 215 (51.07%) and AA 103 (24.47%)] is significantly different from the frequency in East Asian populations [combination of the 4 East Asian studies: CC 430 (55.34%), 285 (36.68%) and 62 (7.98%)] (p < 0.001 between two ethnic groups). Similarly, the genotype frequency of rs2010963 polymorphism is also significantly different between three ethnic groups based on Table 2 (data not shown). Thus, it would not be a suitable method to carry out a meta-analysis using populations with significant difference in genetic backgrounds. In this study, we only test the relationship between VEGFA polymorphism and DR within certain ethnic category.

DR is characterized by increased vascular permeability, tissue ischemia and neovascularization. VEGFA can stimulate angiogenesis and increases the permeability of the microvasculature [17]. It has been suggested that VEGFA protein expression is affected by genetic variant in the VEGFA gene. Compared with VEGFA levels in the vitreous of diabetic eyes without PDR, those in the vitreous of patients with PDR are significantly elevated [33]. In addition, VEGFA inhibition has been indicated to cause a marked reduction in retinal neovascularization and prevention of the blood–retinal barrier breakdown. To date, a number of studies have investigated the VEGFA variant-DR association. Awata et al. [25] first reported that rs2010963 polymorphism was significantly associated with DR in Japanese patients with type 2 diabetes. However, the following studies demonstrated inconsistent results. Other polymorphisms (e.g. rs699947) have also been investigated and the conflicting results also existed. The discrepant findings might be due to differences in the statistical power, the recruitment of studied population, the type of DR, and the genetic and environmental backgrounds.

Several limitations should be noted. First, the present metaanalysis was based primarily on unadjusted ORs with 95% CIs and the confounding factors (e.g. age, sex, duration of diabetes and hypertension) were not controlled for. Second, the effects of gene-gene and gene-environment interactions were not addressed in this metaanalysis since the primary publications did not provide the related data. Third, the results in the subgroups should be interpreted with caution because of limited sample size. Fourth, for rs699947 polymorphism, since majority of included studies did not report the association with type of DR, we are unable to perform the further analysis. Fifth, we only assessed two polymorphisms in the VEGFA gene, therefore, we cannot rule out the possibility that other polymorphisms or haplotypes in this gene might be implicated in the development of DR.

Copyright: © 2012 Lu Y, et al. This is an open-access article distributed under the terms of the Creative Commons Attribution License, which permits unrestricted use, distribution, and reproduction in any medium, provided the original author and source are credited. 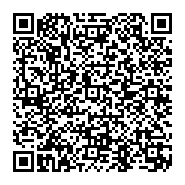