Type 2 Diabetes Mellitus is accounting for more than 90% of all the forms of diabetes. Different genetic epidemiological studies show that the genetic variations in several candidate genes are associated with the increased risk for Type 2 Diabetes Mellitus (T2DM) and related complications in different human populations. Genetic and nongenetic risk factors can foretell the risk of a person to the type 2 diabetes mellitus or become the reason behind diabetes in the person. The main aim of the present work is to evaluate the genetic and non genetic risk factors. Several genetic variants in different candidate genes are suggested for their role in development and advancement of the disease. For the accomplishment of our objective to evaluate genetic risk factors, the previously reported single nucleotide polymorphisms (SNPs) of the candidate genes for type 2 diabetes mellitus and related complications in the Indian and the worldwide population were studied. These were selected because of their proven role in predicting them. The study has revealed the presence of Single Nucleotide Polymorphisms in new positions in three of the genes in the validation process in discrete diabetic population of Andhra Pradesh and Telangana states in India. 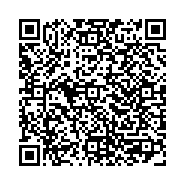